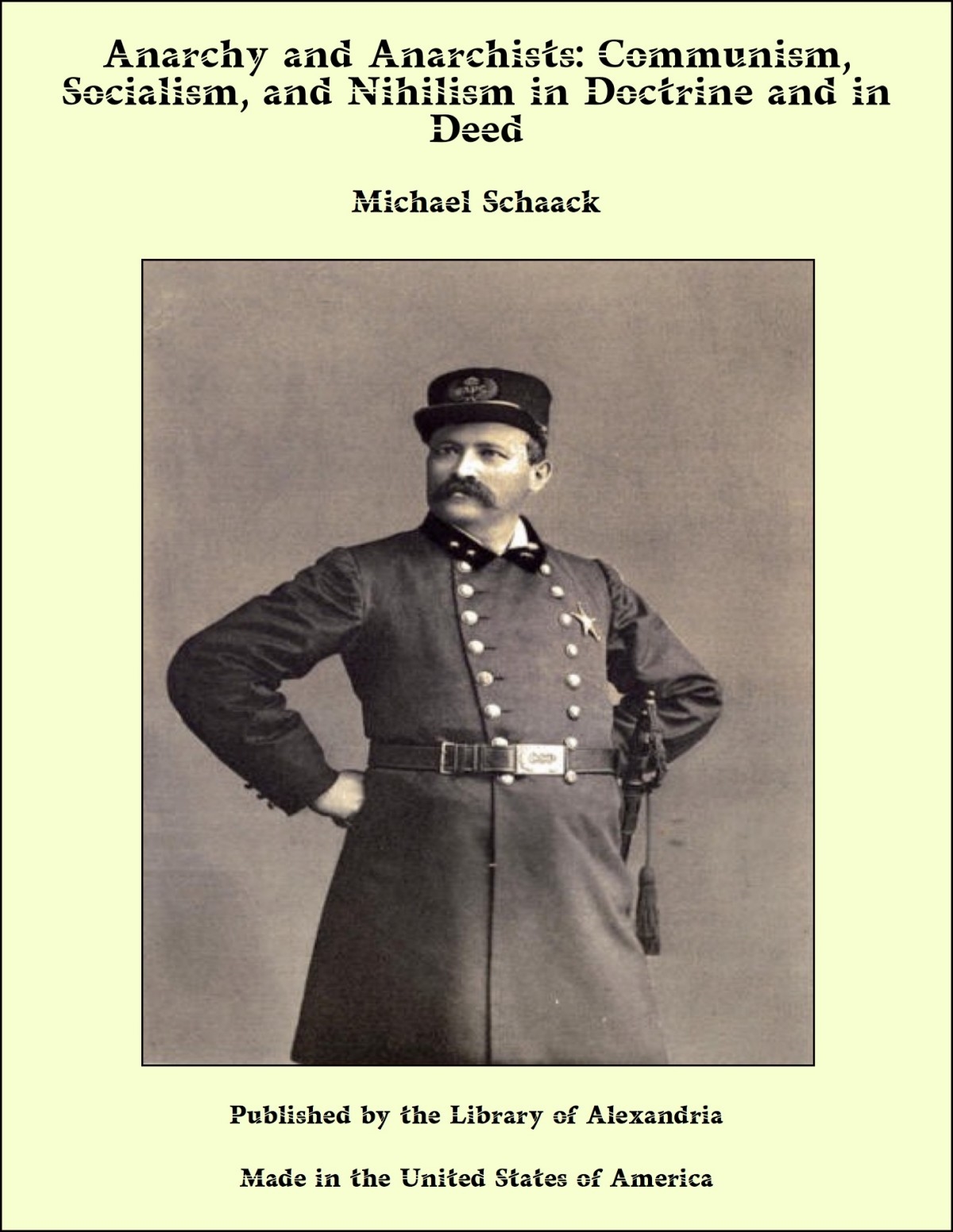 Communism, Socialism, and Nihilism in Doctrine and in Deed

It will be found in the succeeding pages that neither animosity against the revolutionists, nor partiality to the State, has influenced the work. I have dealt with this episode in Chicago's history as calmly and as fairly as I am able. I have tried to put myself in the position of the misguided men whose conspiracy led to the Haymarket explosion and to the gallows; to understand their motives; to appreciate their ideals-for so only could this volume be properly written. And to present a broader view, I have added a history of all forms of Socialism, Communism, Nihilism and Anarchy. In this, though necessarily brief, it has been the purpose to give all the important facts, and to set forth the theories of all those who, whether moderate or radical, whether sincerely laboring in the interests of humanity or boisterously striving for notoriety, have endeavored or pretended to improve upon the existing order of society. After the dynamite bomb exploded, carrying death into the ranks of men with whom I had been for years closely associated-after an impudent attack had been made upon our law and upon our system, which I was sworn to defend-it came to me as a duty to the State, a duty to my dead and wounded comrades, to bring the guilty men to justice; to expose the conspiracy to the world, and thus to assist in vindicating the law. How the duty was performed, this story tells. It is a plain narrative whose interest lies in the momentous character of the facts which it relates. Much of it is now for the first time given to the public. I have drawn upon the records of the case, made in court, but more especially upon the reports made to me, during the progress of the investigation, by the many detectives who were working under my direction. I can say for my book no more than this: that from the first page to the last there is no material statement which is not to my knowledge true. The reader, then, may at least depend upon the accuracy of the information presented here, even if I cannot make any other claim.