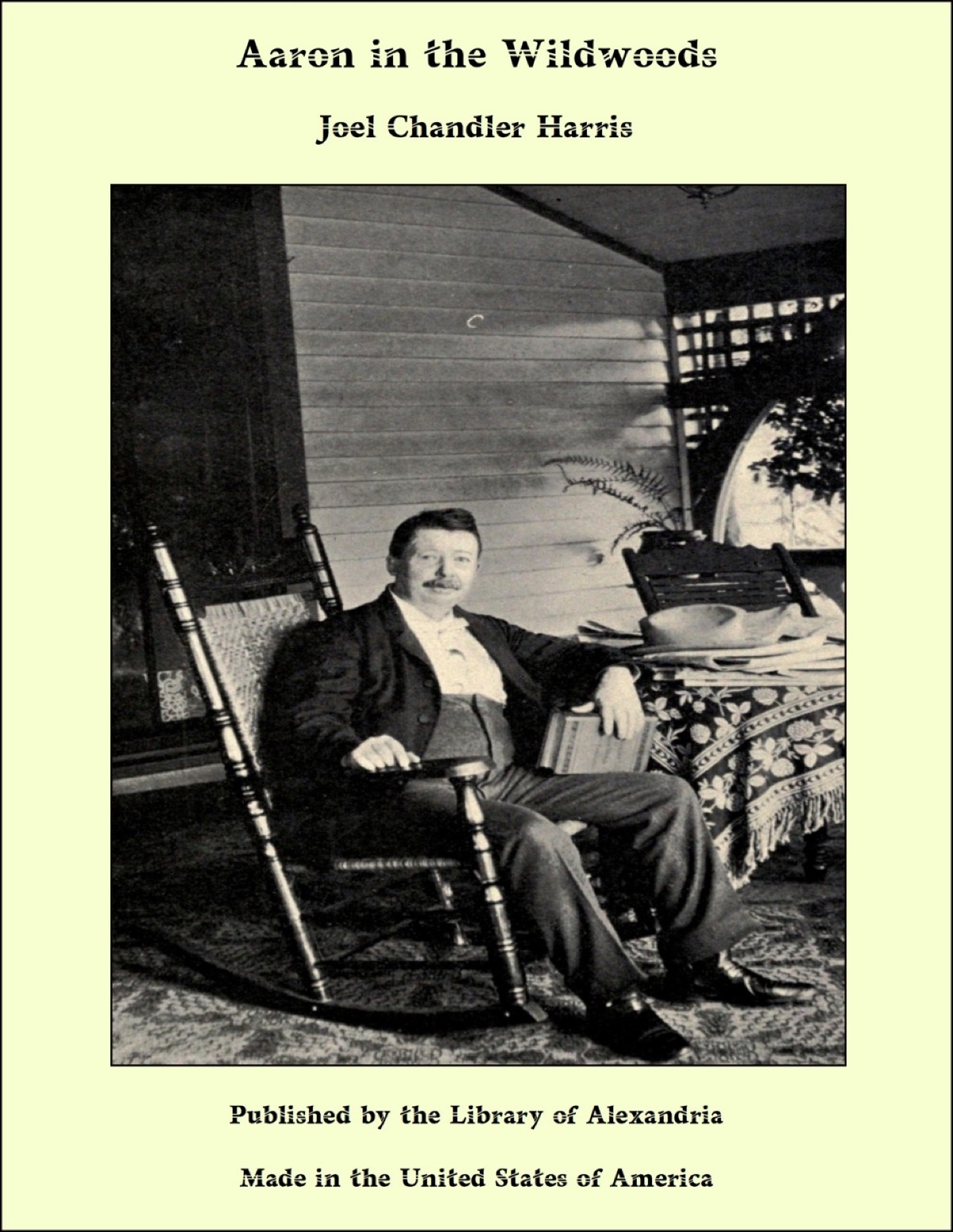 Aaron in the Wildwoods

Thus it came about that the lad got both his name and his crutches, for his father insisted on calling him Little Crotchet after that, and he also insisted on sending all the way to Philadelphia for the crutches. They seemed to be a long time in coming, for in those days they had to be brought to Charleston in a sailing vessel, and then sent by way of Augusta in a stage-coach; but when they came they were very welcome, for Little Crotchet had been inquiring for them every day in the week, and Sunday too. And yet when they came, strange to say, he seemed to have lost his interest in them. His mother brought them in joyously, but there was not even a glad smile on the lad's face. He looked at them gravely, weighed them in his hands, laid them across the foot of the bed, and then turned his head on his pillow, as if he wanted to go to sleep. His mother was surprised, and not a little hurt, as mothers will be when they do not understand their children; but she respected his wishes, darkened the room, kissed her boy, and closed the door gently. When everything was still, Little Crotchet sat up in bed, seized his crutches, and proceeded to try them. He did this every day for a week, and at the end of that time surprised everybody in the house, and on the place as well, by marching out on his crutches, and going from room to room without so much as touching his feet to the floor. It seemed to be a most wonderful feat to perform, and so it was; but Providence, in depriving the lad of the use of his legs, had correspondingly strengthened the muscles of his chest and arms, so that within a month he could use his crutches almost as nimbly and quite as safely as other boys use their feet. He could go upstairs and downstairs and walk about the place with as much ease, apparently, as those not afflicted, and it was not strange that the negroes regarded the performance with wonder akin to awe, declaring among themselves that their young master was upheld and supported by "de spirits." And indeed it was a queer sight to see the frail lad going boldly about on crutches, his feet not touching the ground. The sight seemed to make the pet name of Little Crotchet more appropriate than ever. So his name stuck to him, even after he got his Gray Pony, and became a familiar figure in town and in country, as he went galloping about, his crutches strapped to the saddle, and dangling as gayly as the sword of some fine general. Thus it came to pass that no one was surprised when Little Crotchet went cantering along, his Gray Pony snorting fiercely, and seeming never to tire. Early or late, whenever the neighbors heard the short, sharp snort of the Gray Pony and the rattling of the crutches, they would turn to one another and say, "Little Crotchet!" and that would be explanation enough. There seemed to be some sort of understanding between him and his Gray Pony. Anybody could ride the Gray Pony in the pasture or in the grove around the house, but when it came to going out by the big gate, that was another matter. He could neither be led nor driven beyond that boundary by any one except Little Crotchet. It was the same when it came to crossing water. The Gray Pony would not cross over the smallest running brook for any one but Little Crotchet; but with the lad on his back he would plunge into the deepest stream, and, if need be, swim across it. All this deepened and confirmed in the minds of the negroes the idea that Little Crotchet was upheld and protected by "de sperits." They had heard him talking to the Gray Pony, and they had heard the Gray Pony whinny in reply. They had seen the Gray Pony with their little master on his back go gladly out at the big gate and rush with a snort through the plantation creek,-a bold and at times a dangerous stream. Seeing these things, and knowing the temper of the pony, they had no trouble in coming to the conclusion that something supernatural was behind it all.