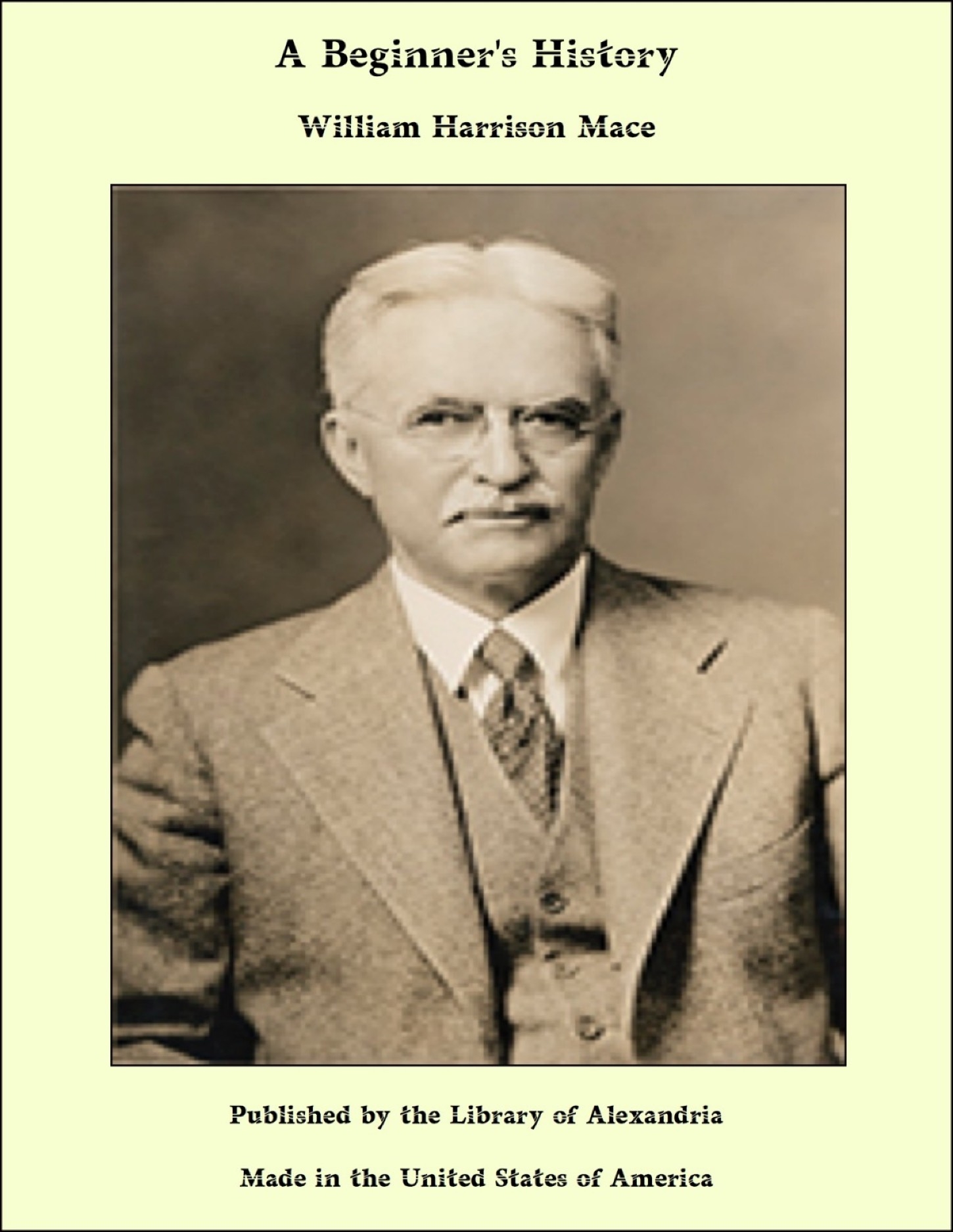 The material out of which the child pictures history lies all about him. When he learns to handle objects or observes men and other beings act, he is gathering material to form images for the stories you tell him, or those he reads. So supple and vigorous is the child's imagination that he can put this store of material to use in picturing a fairy story, a legend, or a myth. From this same source-his observation of the people and things about him-he gathers simple meanings and ideas of his own. He weaves these meanings and ideas, in part, into the stories he reads or is told. From the cradle to the grave he should exercise this habit of testing the men and institutions he studies by a comparison with those he has seen. The teacher should use the stories in this book to impress upon the pupil's mind the idea that life is a constant struggle against opposing difficulties. The pupil should be able to see that the great men of American history spent their lives in a ceaseless effort to conquer obstacles. For everywhere men find opponents. What a struggle Lincoln had against the twin difficulties of poverty and ignorance! What a battle Roosevelt waged with timidity and a sickly boyhood! And what a tremendously courageous and vigorous man he became! In the fight which men wage for noble or ignoble ends the pupil finds his greatest source of interest. Here he forms his ideas of right and wrong, and deals out praise and blame among the characters. Hence the need of presenting true Americans-patriotic Americans-for his study. This book of American history includes the stirring scenes of the world's greatest war. It shows how a vast nation, loving peace and hating war, worked to get ready to fight, how it trained its soldiers and planned a great navy, and how, when all was ready, it hurled two million men against the Germans and helped our brave allies to crush the cruelest foe that war ever let loose. With the knowledge of American men and events which the study of our history should give him, the pupil is ready to ask where the first Americans came from. To answer that question, and many others, we must go to European history. We must look at the great peoples of the world's earlier history, and see how their civilization finally developed into that which those colonists who pushed across the Atlantic to America brought with them. But the civilization brought to this country by earlier or by later comers must not cease to grow. America has her part to add to its development. With the close of the World War we must not forget one fact which that conflict brought out-the vast number of people in the United States almost untouched by the spirit of American institutions. Teachers of history, the subject-matter of which is the story of American institutions and American leaders, can do much to change such conditions. This need for more thorough Americanization they can help to fill by teaching in their classes not a mechanical patriotism but a loyal understanding of American ideals.