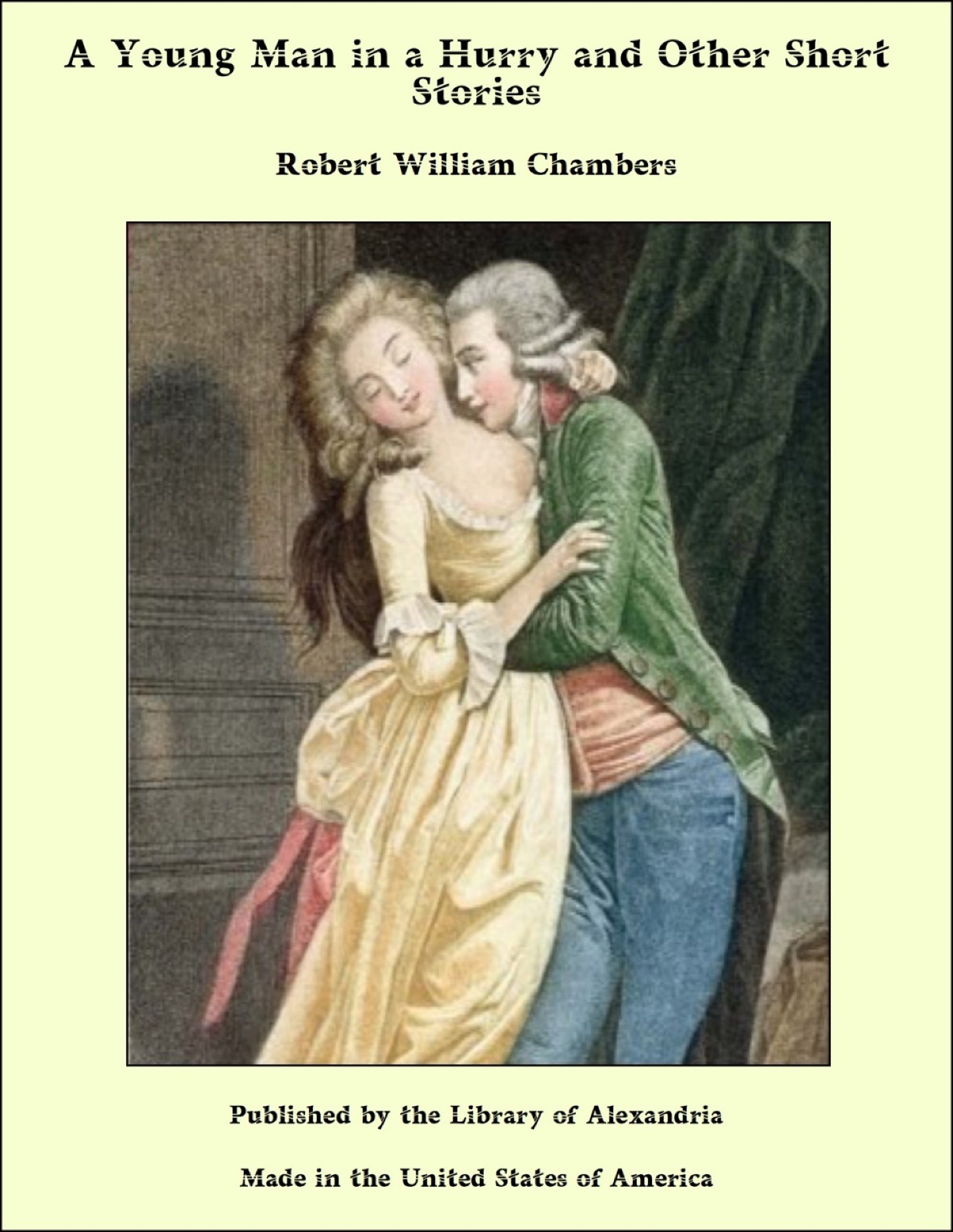 A A Young Man in a Hurry and Other Short Stories

\"Soyez tranquilles, mesdames.… Je suis un jeune homme pressé.… Mais modeste.\"-Laiche. AT ten minutes before five in the evening the office doors of the Florida and Key West Railway Company flew open, and a young man emerged in a hurry. Suit-case in one hand, umbrella in the other, he sped along the corridor to the elevator-shaft, arriving in time to catch a glimpse of the lighted roof of the cage sliding into depths below. \"Down!\" he shouted; but the glimmering cage disappeared, descending until darkness enveloped it. Then the young man jammed his hat on his head, seized the suit-case and umbrella, and galloped down the steps. The spiral marble staircase echoed his clattering flight; scrub-women heard him coming and fled; he leaped a pail of water and a mop; several old gentlemen flattened themselves against the wall to give him room; and a blond young person with pencils in her hair lisped \"Gee!\" as he whizzed past and plunged through the storm-doors, which swung back, closing behind him with a hollow thwack. Outside in the darkness, gray with whirling snowflakes, he saw the wet lamps of cabs shining, and he darted along the line of hansoms and coupés in frantic search for his own. \"Oh, there you are!\" he panted, flinging his suit-case up to a snow-covered driver. \"Do your best now; we're late!\" And he leaped into the dark coupé, slammed the door, and sank back on the cushions, turning up the collar of his heavy overcoat. There was a young lady in the farther corner of the cab, buried to her nose in a fur coat. At intervals she shivered and pressed a fluffy muff against her face. A glimmer from the sleet-smeared lamps fell across her knees. Down-town flew the cab, swaying around icy corners, bumping over car-tracks, lurching, rattling, jouncing, while its silent occupants, huddled in separate corners, brooded moodily at their respective windows. Snow blotted the glass, melting and running down; and over the watery panes yellow light from shop windows played fantastically, distorting vision. Presently the young man pulled out his watch, fumbled for a match-box, struck a light, and groaned as he read the time.