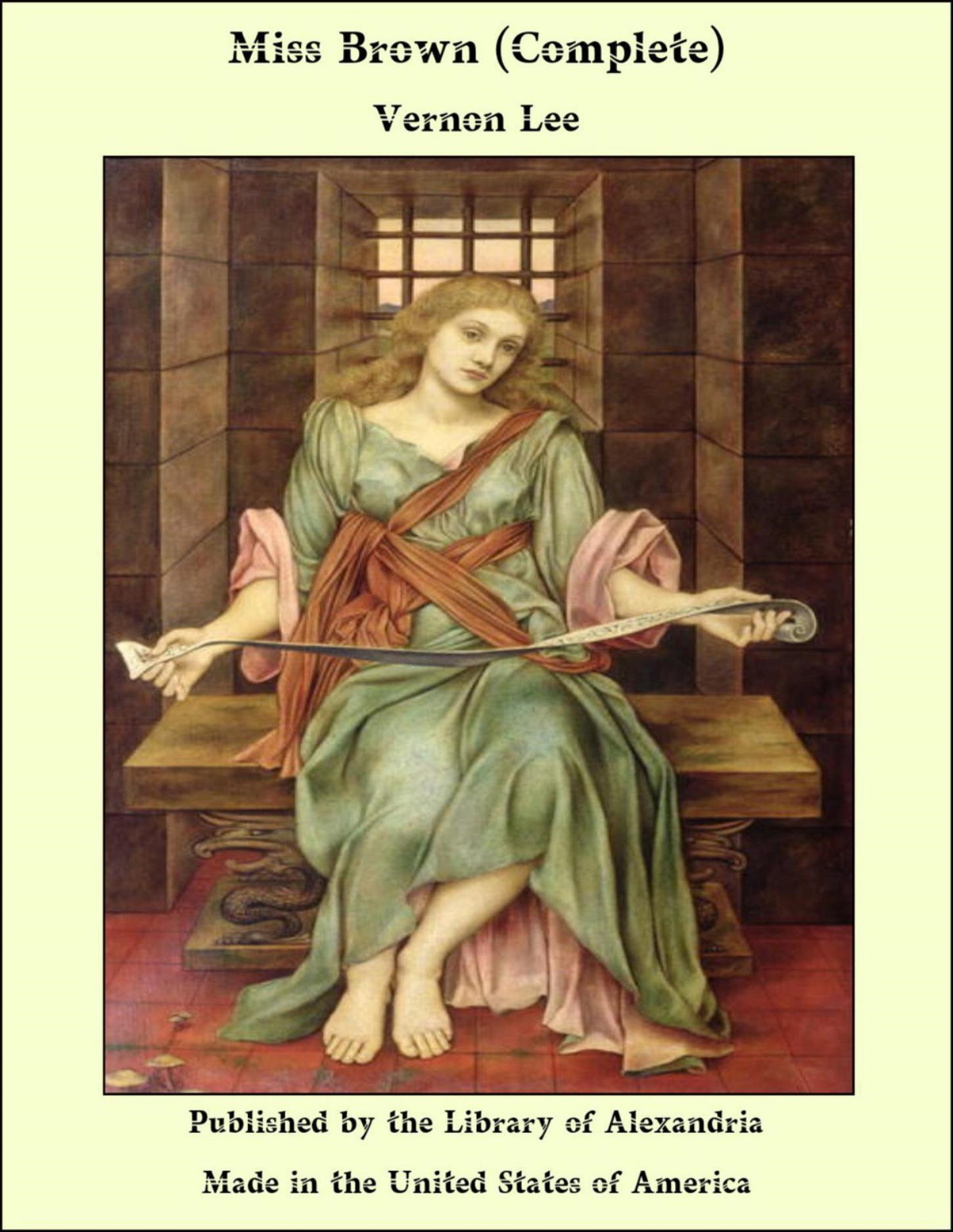 IT was melancholy to admit that Italy also had ceased to interest him, thought Hamlin, as he smoked his cigarette on the hillside above the Villa Arnolfini; melancholy, although, in truth, he had suspected as much throughout the journey, and, indeed, before starting. Pale, milky morning sky, deepening into luminous blue opposite the fast-rising sun; misty blue-green valley bounded by unsubstantial Apennine peaks and Carrara crags; yellow shimmer of vines and of maize, green sparkle of pine and fir branches, glitter of vermilion sand crumbling under his feet among the sear grass and the brown cistus tufts,—all these things seemed to have lost for him their emotional colour, their imaginative luminousness. He tried to realise the time when all these things had given him a thrill, had gone to his head, nay, when the mere sense of being in Italy had done so; but now the very words “thrill” and “intoxication” seemed false, disgusting, and vulgar. Formerly, at least, such things had soaked into him, dyed his mind with colour, saturated it with light; instead of remaining, as now, so separate from him, so terribly external, that to perceive them required almost an effort. He and the world had been becoming paler in the last three years; it was melancholy, but that seemed quite natural and in keeping; and besides, a washed-out world, a man with worn-out feelings, have quite as much psychologic interest for a poet as the reverse.