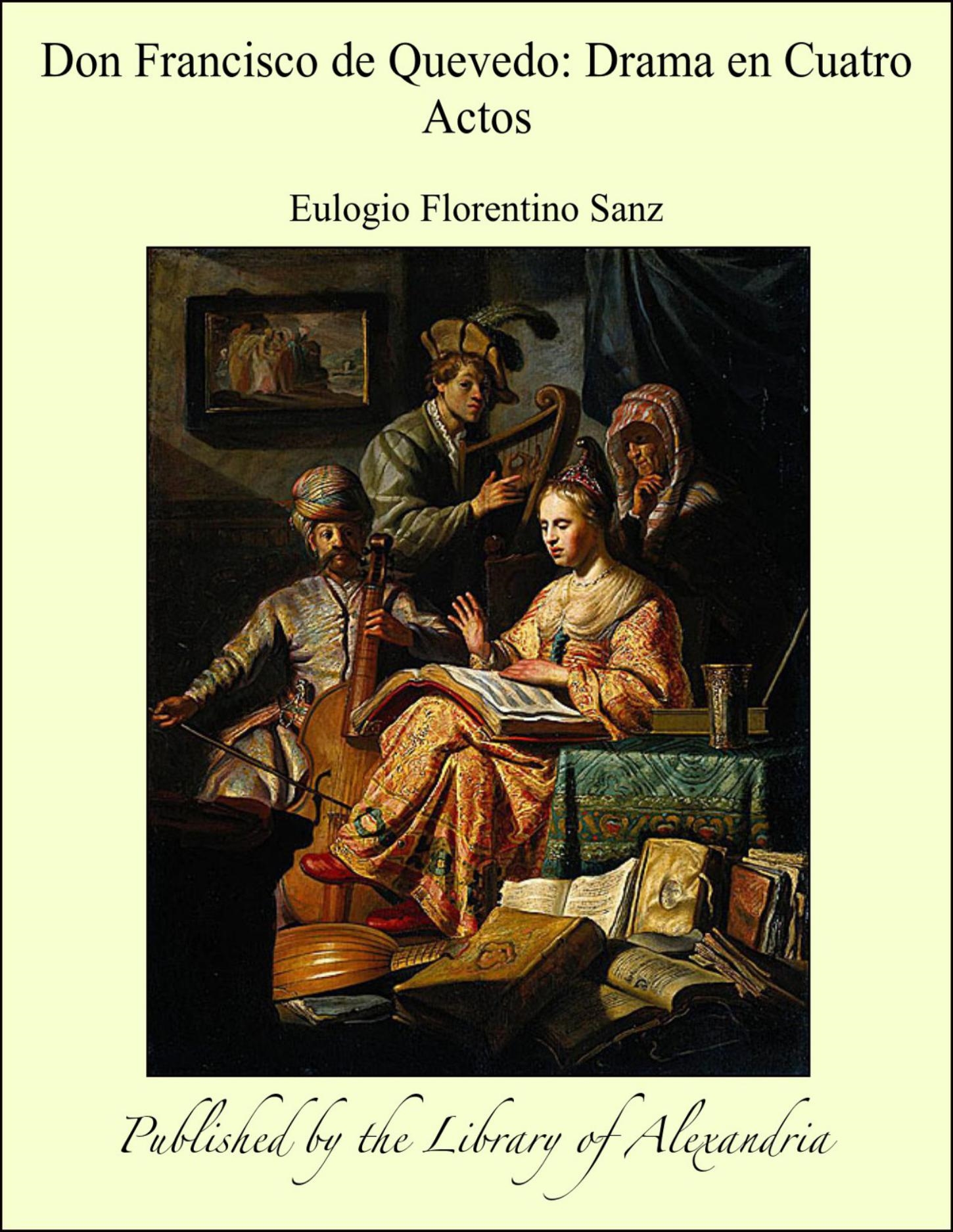 The features of Don Francisco de Quevedo that led to its selection as a text for the use of students of the second or even first year are its historical background, its ease and purity of style, and the sustained interest of the plot. As regards the chief character, Quevedo, he is in a large measure the embodiment of the whole literary spirit of the first half of the seventeenth century and at the same time the champion of political reform. The play is written in Castilian of such simplicity that it presents almost no syntactical difficulties, and at the same time embodies a useful vocabulary. The development of the plot, the struggle between Olivares and Quevedo, is thoroughly logical and is aided by scenes so intensely dramatic that they hold the interest of the reader at all times. Some of these scenes, so characteristic of even the best plays of the Romantic School, to-day seem to verge on the melodramatic. For this reason the student should be reminded that the heroic thunder of this kind of play was most acceptable to the theater-goers of the middle of the last century. A sense of humor, then, should temper any critical attitude on the part of those who may be inclined to take our play's shortcomings or exaggerations too seriously. The fact that Florentino Sanz is comparatively unknown will justify the detailed Biographical Sketch. The text is a careful reproduction of that of the first edition, Madrid, 1848, except, of course, for frequent corrections in punctuation. Only the important stage directions have been retained; others that in great profusion specify the facial expression and tone of voice of the actors have been rejected in many places as more cumbersome than useful. R.S.R