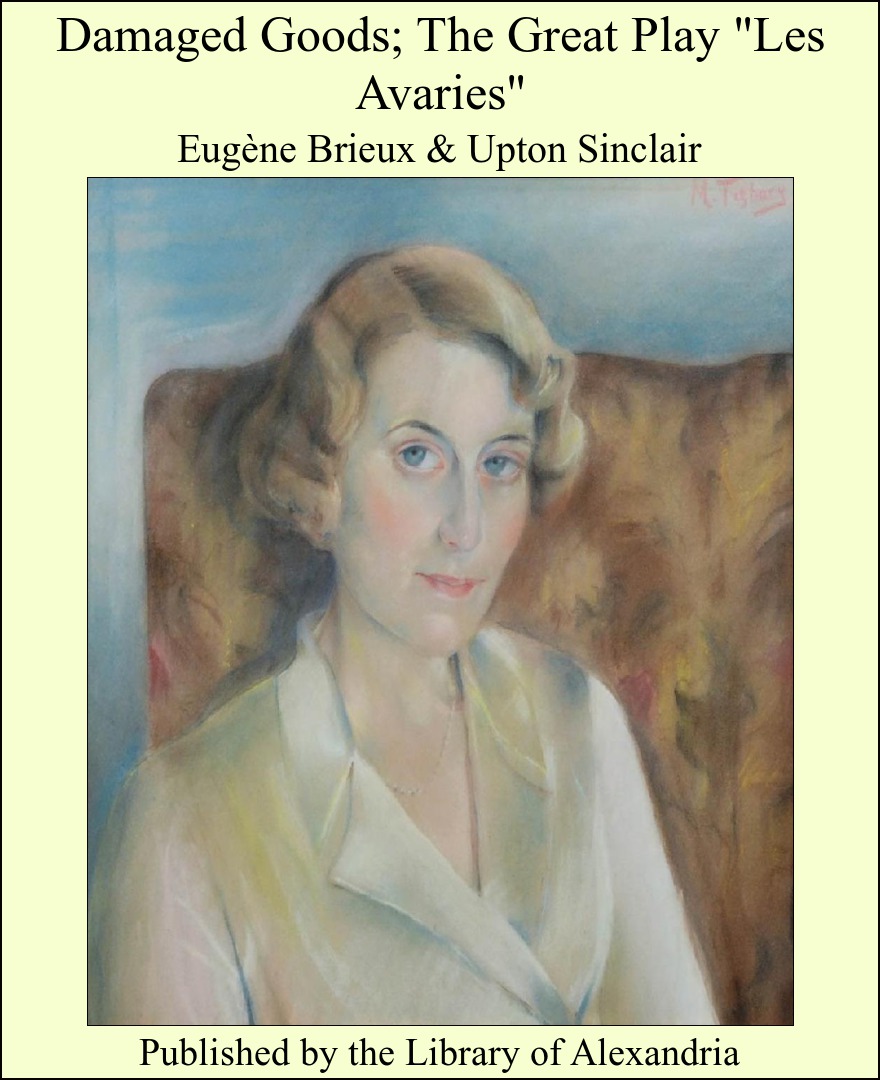 PRESS COMMENTS ON THE PLAY DAMAGED GOODS was first presented in America at a Friday matinee on March 14th, 1913, in the Fulton Theater, New York, before members of the Sociological Fund. Immediately it was acclaimed by public press and pulpit as the greatest contribution ever made by the Stage to the cause of humanity. Mr. Richard Bennett, the producer, who had the courage to present the play, with the aid of his co-workers, in the face of most savage criticism from the ignorant, was overwhelmed with requests for a repetition of the performance. Before deciding whether of not to present DAMAGED GOODS before the general public, it was arranged that the highest officials in the United States should pass judgment upon the manner in which the play teaches its vital lesson. A special guest performance for members of the Cabinet, members of both houses of Congress, members of the United States Supreme Court, representatives of the Diplomatic corps and Others prominent in national life was given in Washington, D.C. Although the performance was given on a Sunday afternoon (April 6, 1913), the National Theater was crowded to the very doors with the most distinguished audience ever assembled in America, including exclusively the foremost men and women of the Capital. The most noted clergymen of Washington were among the spectators. The result of this remarkable performance was a tremendous endorsement of the play and of the manner in which Mr. Bennett and his co-workers were presenting it