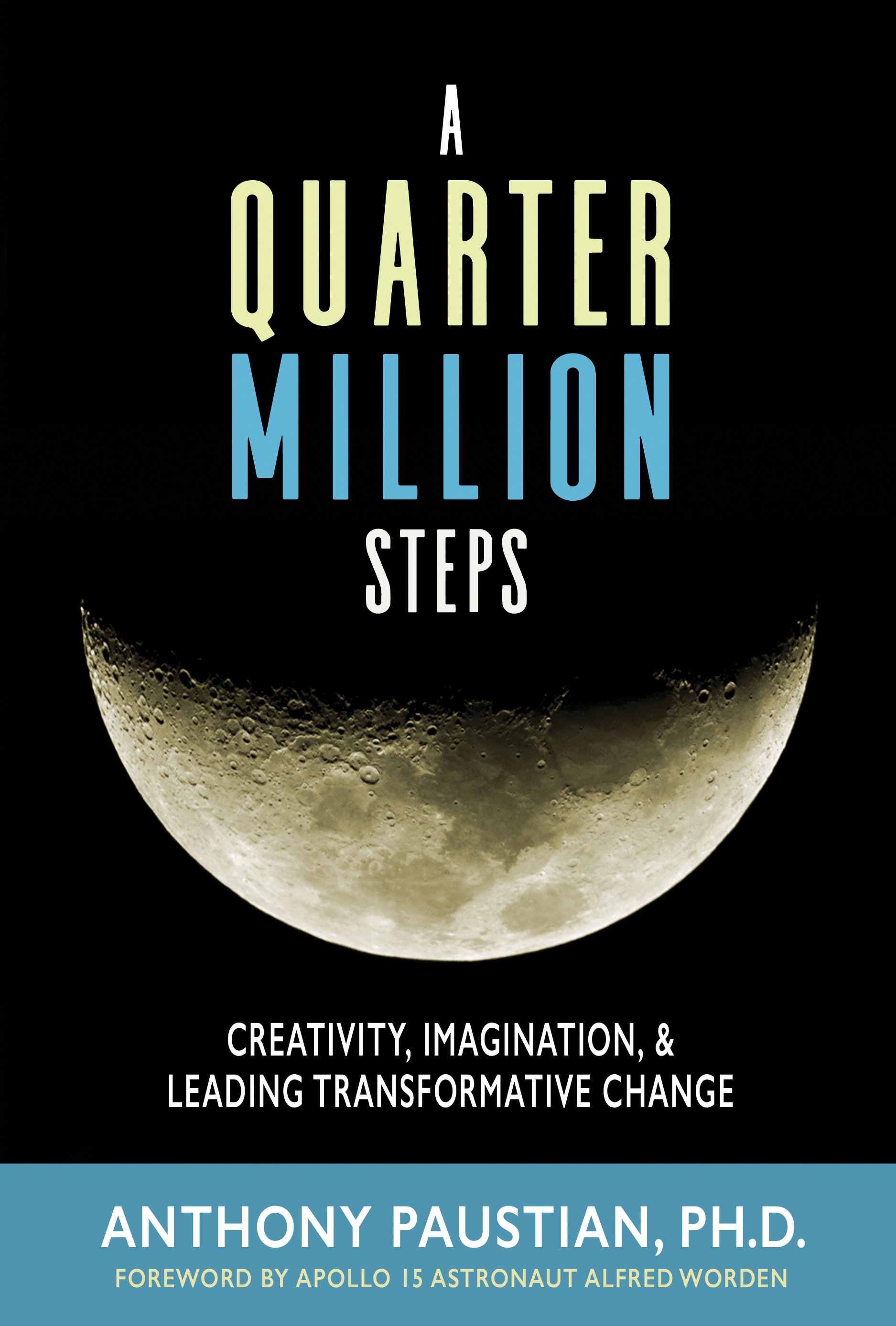 Drawing inspiration from the epic story of the Apollo Moon Program, collected research, and his own life experiences, Dr. Anthony Paustian outlines the many small steps it takes to achieve anything great in life. With the practical tools described in this imaginative, easy-to-read book, A Quarter Million Steps teaches the reader how to affect change and create success through imagination, creative problem-solving, effective leadership, mental focus, work ethic, teamwork, and an understanding of the role of perception. The reader will learn less about what to think and more about how to think.

Anthony Paustian holds a Ph.D. in Educational Psychology and graduate degrees in business administration and design. With decades of experience in strategic leadership, he has a broad understanding of what actually works in daily practice. From his Air Force days on fighter aircraft to becoming a corporate leader building national brands, Dr. Paustian was given an uncommon opportunity in life––to design and build a technology-focused college campus from scratch. Since its opening, the campus has regularly appeared in national media and won many awards including being recognized as one of the nation's most innovative organizations.

Colonel Alfred Worden is a graduate of United States Military Academy at West Point and holds graduate degrees in aeronautical and instrumentation engineering including an honorary doctorate of science degree in astronautical engineering. Following many years as an Air Force test pilot and instructor, Col. Worden was one of 19 astronauts selected by NASA in 1966. He served as the command module pilot for the Apollo 15 Moon mission from July 26-August 7, 1971.