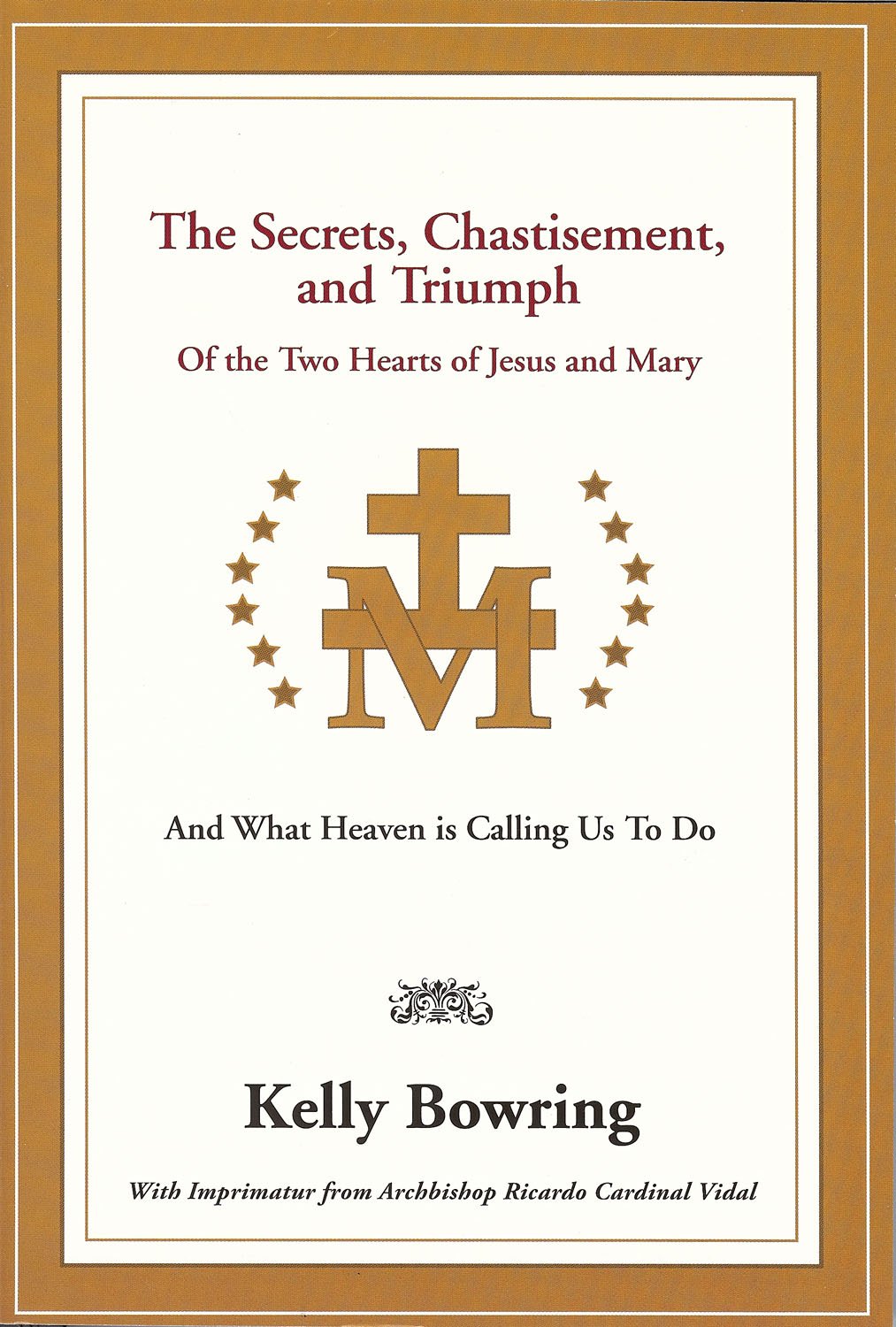 The Secrets, Chastisement, and Triumph of the Two Hearts of Jesus and Mary

And What Heaven is Calling Us To Do

The Secrets, Chastisement, & Triumph is the new best-selling, highest-rated, and most endorsed book (and e-book) on Mary, Marian teaching, and Marian prophecy in recent years.

Dr. Bowring's new book compares the prophecies of the Bible, especially concerning the latter times, with various modern heavenly apparitions and visions. This book explains the big picture of the prophetic times we are living in and regarding the apocalyptic times to come in our time. Perhaps more importantly, this book discusses what Heaven is asking us to do as the "apostles of the latter times". It has recently received the honor of being called "Book of the Year"!

Written by popular speaker and theologian, Dr. Kelly Bowring, this new book has already received much high-acclaim and has sold thousands of copies since its release. It is being widely recognized as the best book ever written on the subject of heavenly prophecy, a most important topic for our times!

An easily readable, well-researched, and inspiring book about the heavenly plan to bring peace to the world, this book uses solid sources, like the Bible and credible heavenly messages, to detail the coming events of the Apocalypse.

Cardinal Vidal has given this book the Church's imprimatur of recognition.

As you turn each page with increasing hope, you will experience greater insight into God's urgent plan to bring His message to humanity while there is still time. You will find yourself referring to this book time and time again.

His Eminence Ricardo J. Cardinal Vidal, Archbishop of Cebu, Philippines, has granted the Church’s Imprimatur, rarely given to books on prophecy, to this book. As an expert on Marian teaching and prophecy in the Catholic Church, Cardinal Vidal was uniquely qualified to have reviewed and approved this book as being without error in faith and morals.

Other Titles from Two Hearts Press