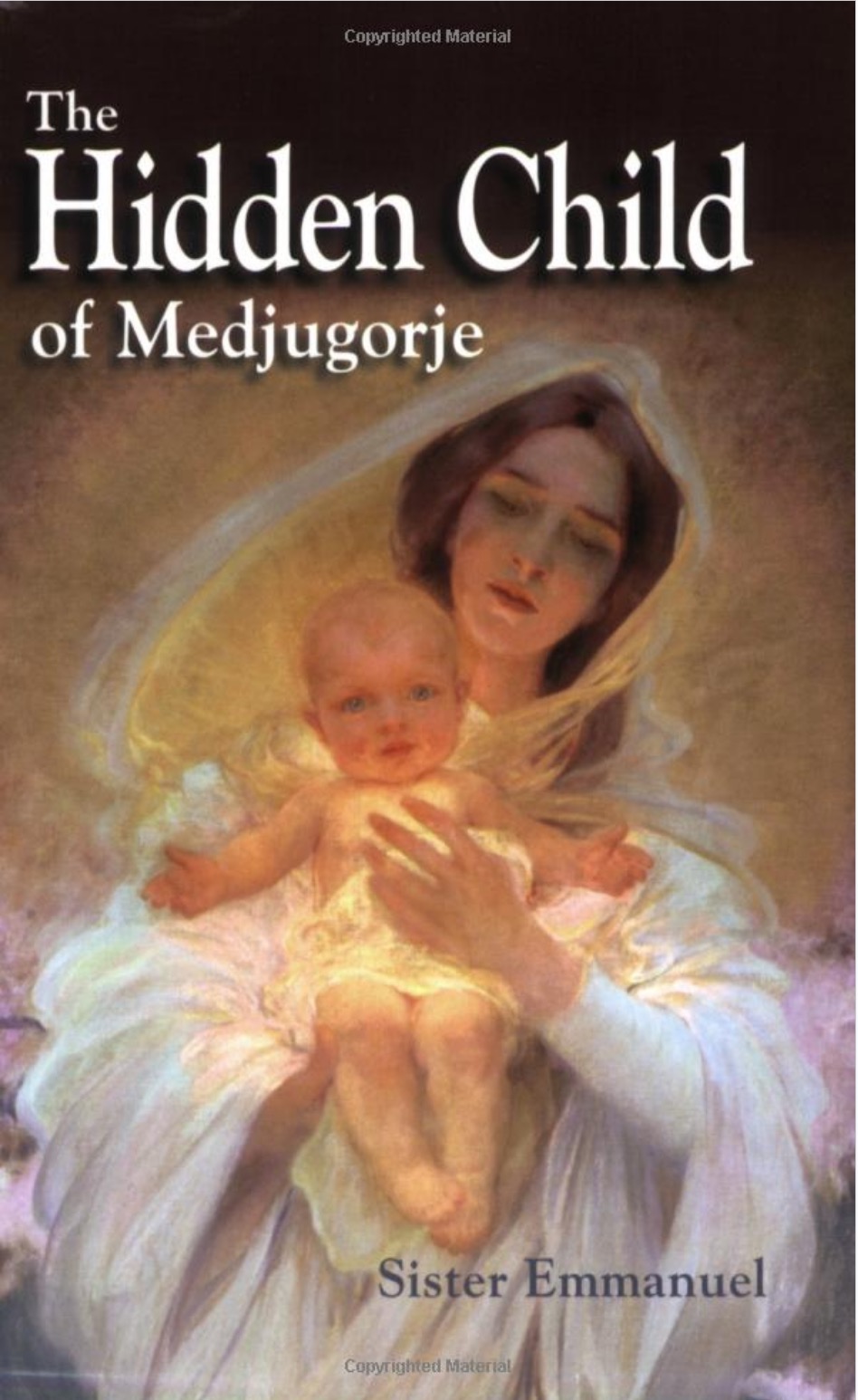 The Hidden Child of Medjugorje

Throughout time, man has been in quest of security, of peace, and of happiness; however, rare are those who divine that their quest is in reality a quest for God. In her new book, The Hidden Child of Medjugorje, Sister Emmanuel brings a precious contribution to the understanding of this aspiration. As the pages are turned, this book reveals itself to be a guide. It enables us to reach an end which is none other than the Hidden Child, the Child Jesus. In the apparitions of Medjugorje, this Divine Child hides Himself so well in His Mother that at first sight, one pays Him no attention. But whoever finds the Mother, finds the Son. Thus will it be for all who read this book.

Sister Emmanuel tells that after receiving her first calling to the Beatitudes Community in 1976, she received another calling – to serve Our Lady in Medjugorje. Sent by her community, she initiated the first branch of the community in Medjugorje in 1989. During the Balkan war in the 90s, Sister Emmanuel became known for her regular faxes about the situation in Herzegovina, always related to the mission of Our Lady. She has had an enormous impact on France, stimulating an extensive response to Medjugorje among French pilgrims, but her apostolate has broadened as her books have been translated into 22 languages and she has traveled widely to make Medjugorje known, particularly in the United States. Today, “Les Enfants de Medjugorje” and “Children of Medjugorje, Inc.” allow her to be connected everyday to thousands of people around the world, who are motivated by and spreading, the messages of Our Lady in their own humble way. Sister says that her greatest joy is to be part of a family formed by Our Lady, and being Her extended heart and hands for her children, especially those who do not yet know the love of God.