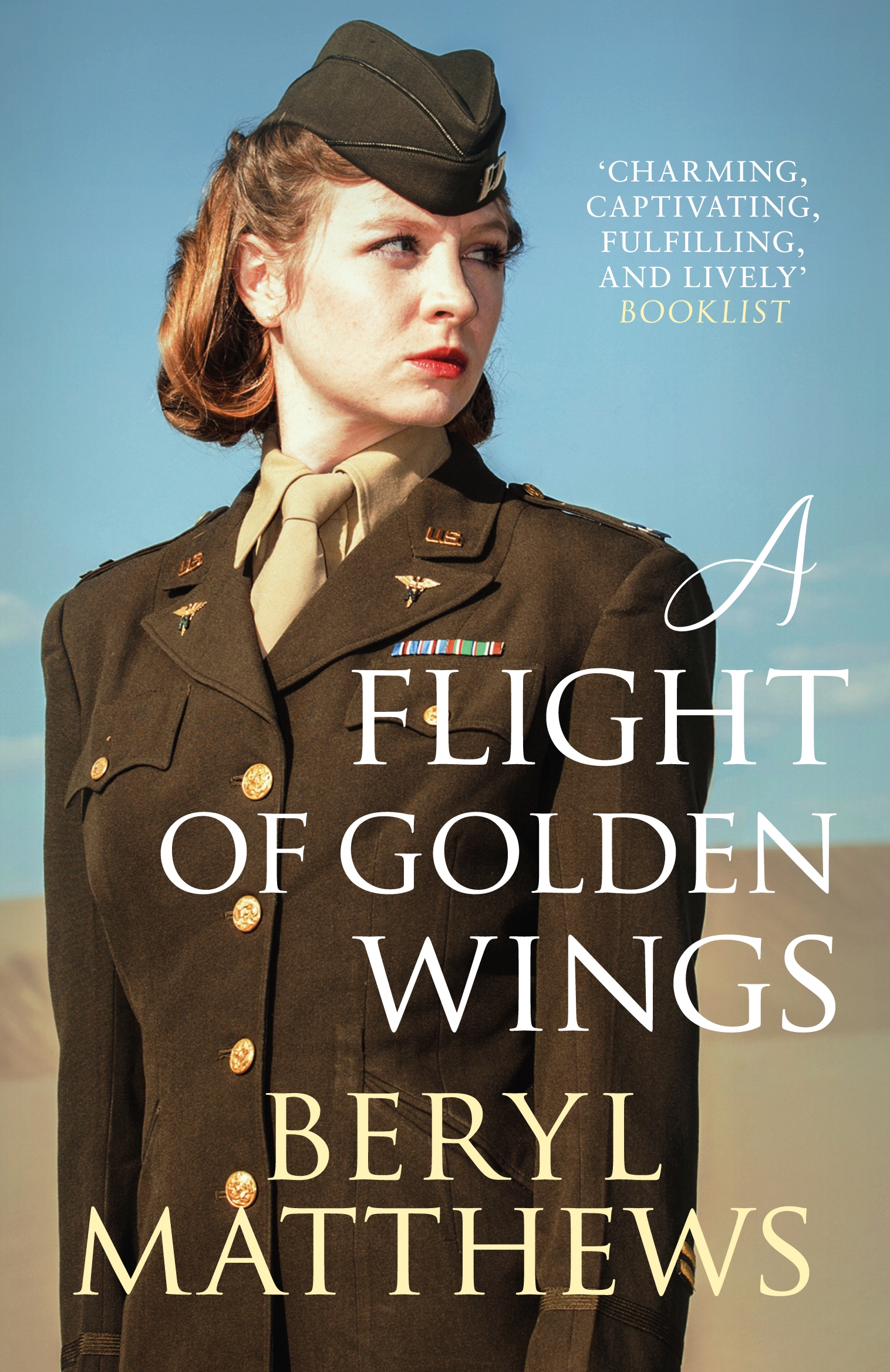 A Flight of Golden Wings

1944. Ruth Aspinall loves flying and soon becomes an accomplished pilot. When war breaks out and the Air Transport Auxiliary is formed she is anxious to join them.


In America, brother and sister, Jack and Lucy Nelson, experienced pilots, make their way to England, also determined to become part of the ATA.


Jack and Ruth meet, but with danger all around them, Jack won’t commit himself to a serious relationship. By D-Day, Jack has a Spitfire to deliver to France, but his plane never arrives. Ruth is heartbroken but cannot accept that she will never see Jack again.

Beryl Matthews was born in London but now lives in a small village in Hampshire. As a young girl her ambition was to become a professional singer, but the need to earn a wage drove her into an office. After retiring she joined a Writers’ Circle in hopes of fulfilling her dream of becoming a published author. She has since written over twenty novels.