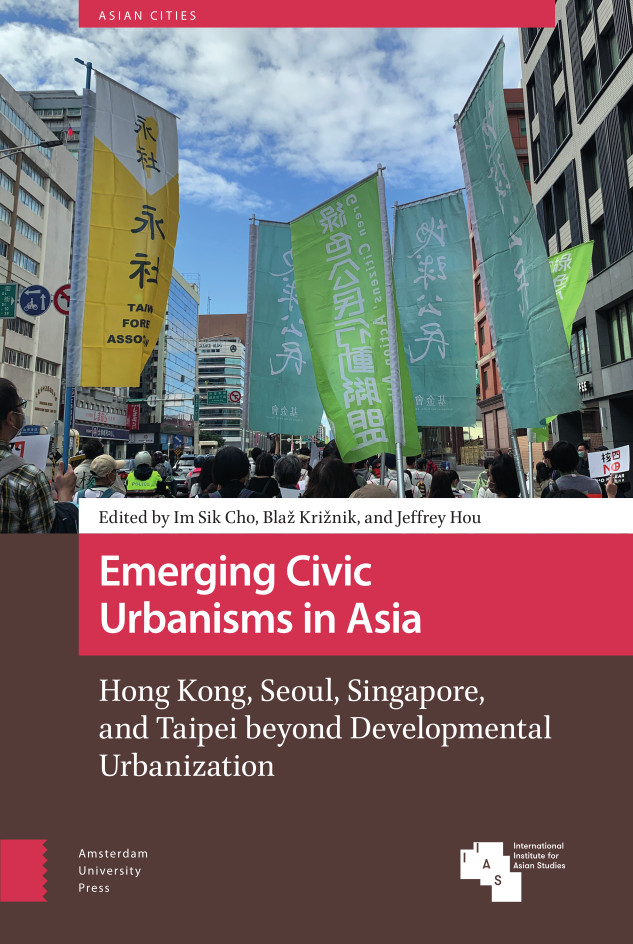 In parts of Asia, citizens are increasingly involved in shaping their neighbourhoods and cities, representing a significant departure from earlier state-led or market-driven urban development. These emerging civic urbanisms are a result of an evolving relationship between the state and civil society. The contributions in this volume provide critical insights into how the changing state–civil society relationship affects the recent surge of civic urbanism in Hong Kong, Seoul, Singapore, and Taipei, and the authors present eighteen cases of grassroots activism and resistance, collaboration and placemaking, neighbourhood community building, and self-organization and commoning in these cities. Exploring how citizen participation and state–civil society partnerships contribute to more resilient and participatory neighbourhoods and cities, the authors use the concept of civic urbanisms not only as a conceptual framework to understand the ongoing social and urban change but as an aspirational model of urban governance for cities in Asia and beyond.

Im Sik Cho is Associate Professor in the Department of Architecture at the National University of Singapore. Her research addresses the challenges and opportunities that Asian cities face focusing on the social dimension of sustainable development. Her publications include Community-Based Urban Development: Evolving Urban Paradigms in Singapore and Seoul (2017).Blaz Kriznik is Associate Professor of urban sociology at the Graduate School of Urban Studies, Hanyang University in Seoul. He is the co-founder and researcher at the Institute for Spatial Policies in Ljubljana. His research is focused on comparative urban studies, urban social movements and Korean studies.Jeffrey Hou is Professor of Landscape Architecture and director of the Urban Commons Lab at the University of Washington, Seattle. His work focuses on public space, democracy, community design, and civic engagement with collaborative publications including City Unsilenced: Urban Resistance and Public Space in the Age of Shrinking Democracy (2017).