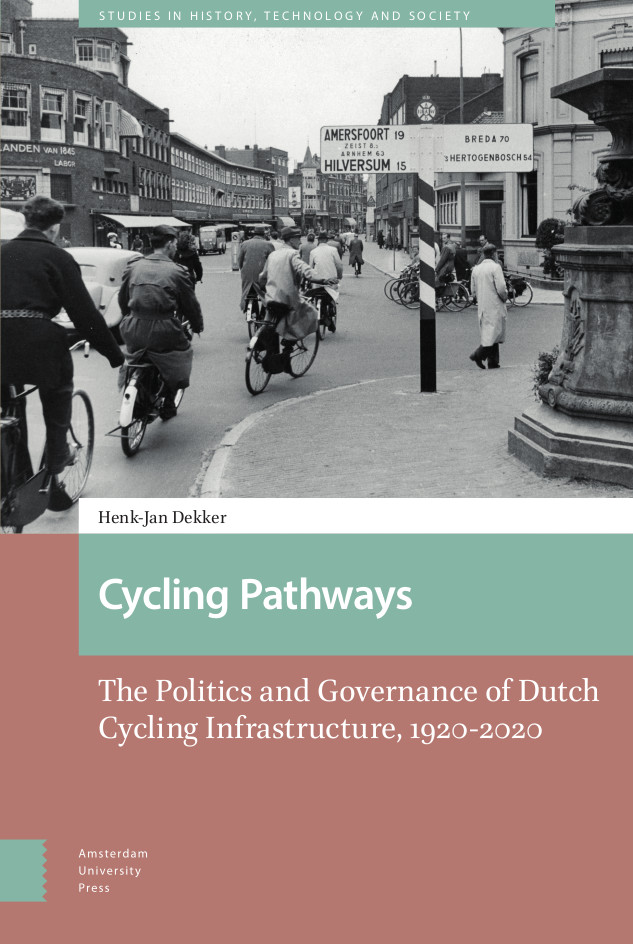 The Politics and Governance of Dutch Cycling Infrastructure, 1920-2020

In an effort to fight climate change, many cities try to boost their cycling levels. They often look towards the Dutch for guidance. However, historians have only begun to uncover how and why the Netherlands became the premier cycling country of the world. Why were Dutch cyclists so successful in their fight for a place on the road? Cycling Pathways: The Politics and Governance of Dutch Cycling Infrastructure, 1920-2020 explores the long political struggle that culminated in today’s high cycling levels. Delving into the archives, it uncovers the important role of social movements and shows in detail how these interacted with national, provincial, and urban engineers and policymakers to govern the distribution of road space and construction of cycling infrastructure. It discusses a wide range of topics, ranging from activists to engineering committees, from urban commuters to recreational cyclists and from the early 1900s to today in order to uncover the long and all-but-forgotten history of Dutch cycling governance.

Henk-Jan Dekker is a historian who received his PhD in 2021 from Eindhoven University of Technology. His research interests include the history of cycling policies in relation to culture, governance, and social movements, and the history of technology.