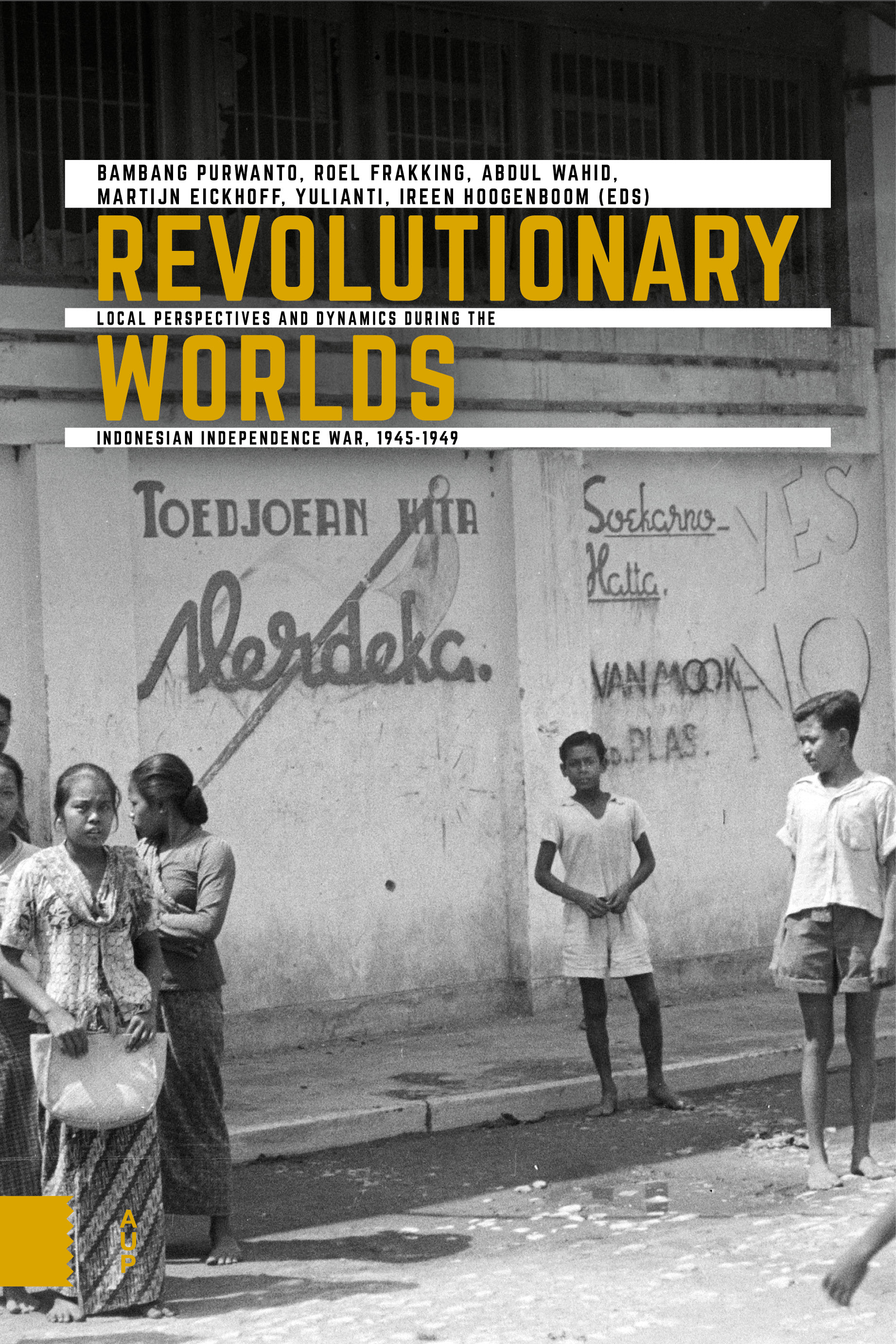 Local Perspectives and Dynamics during the Indonesian Independence War, 1945-1949

Revolutionary Worlds looks at the Indonesian revolution (1945-1949) from a local and regional perspective. With seventeen contributions, Indonesian and Dutch researchers bring to life the revolutionary world from widely differing perspectives. The authors explain how Indonesian, Chinese, Indian and Eurasian civilians, fighters, farmers and officials experienced and shaped the often volatile period between 1945 and 1950. The book focuses on different ideas of independence, survival strategies, mobilization, minorities, contestation of authority and the use of force against the backdrop of Indonesian and Dutch authorities’ efforts to gain or maintain control.

Bringing together two national historiographical traditions which have long remained largely separate, Revolutionary Worlds is the result of a collaboration between the Indonesian research project Proklamasi Kemerdekaan, Revolusi dan Perang di Indonesia ('Proclamation of Independence, Revolution and War in Indonesia', Universitas Gadjah Mada, Yogyakarta) and the Dutch research group of the Regional Studies project, under the umbrella of the research programme Independence, Decolonization, Violence and War in Indonesia, 1945-1950.