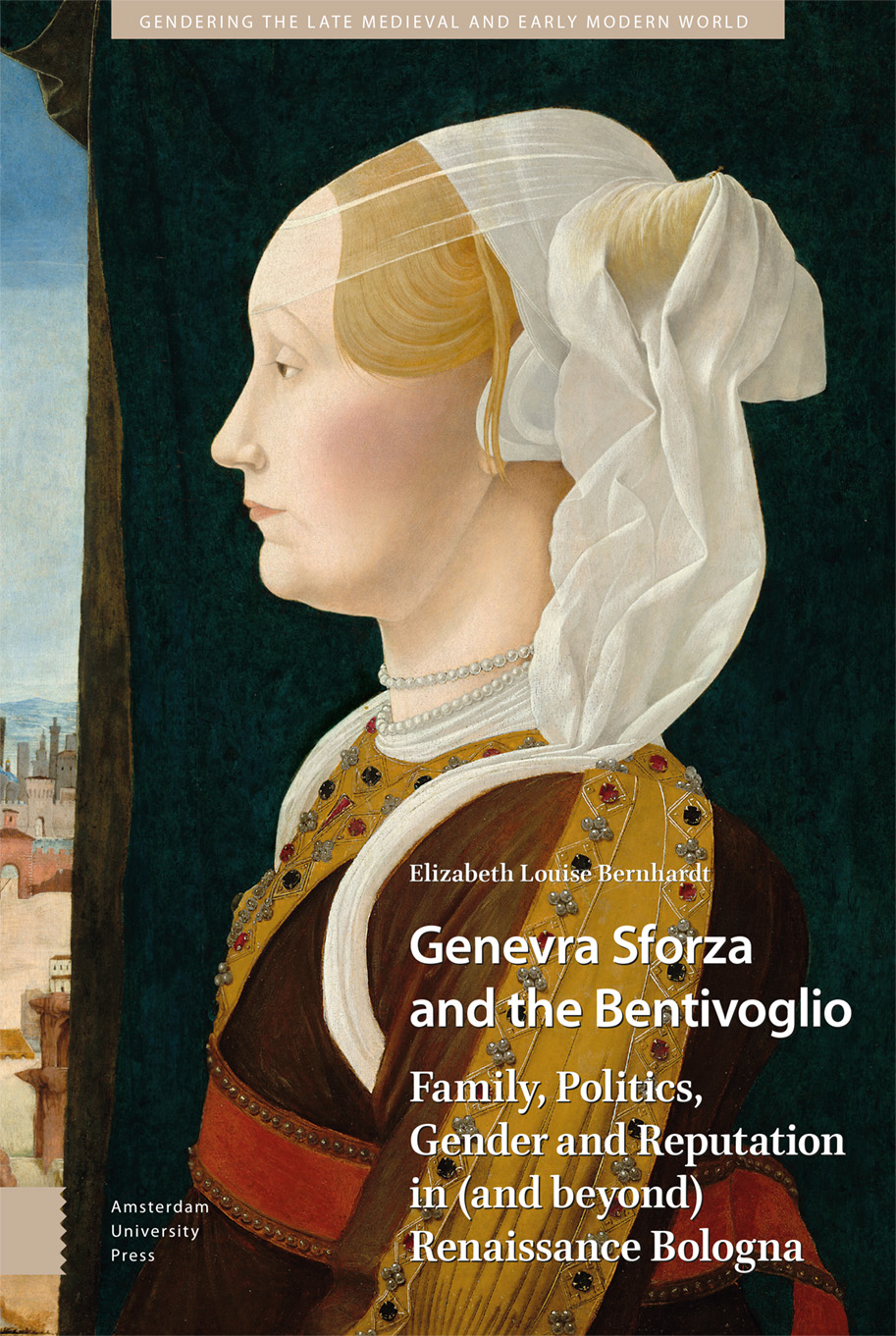 Genevra Sforza and the Bentivoglio

Family, Politics, Gender and Reputation in (and beyond) Renaissance Bologna

Genevra Sforza (ca. 1441–1507) lived her long life near the apex of Italian Renaissance society as wife of two successive de facto rulers of Bologna: Sante then Giovanni II Bentivoglio. Placed twice there without a dowry by Duke Francesco Sforza as part of a larger Milanese plan, Genevra served her family by fulfilling the gendered role demanded of her by society, most notably by contributing eighteen children, accepting many illegitimates born to Giovanni II, and helping arrange their future alliances for the success of the family at large. Based on contemporary archival research conducted across Italy, this biography presents Genevra as the object of academic study for the first time. The book explores how Genevra’s life-story, filled with a multitude of successes appropriate for an elite fifteenth-century female, was transformed into a concordant body of misogynistic legends about how she destroyed the Bentivoglio and the city of Bologna.

Elizabeth Louise Bernhardt (PhD, University of Toronto) has enjoyed living for many years in Bologna and Rome where the stories of this book unfold. She has taught many courses about Italian history and culture for the University of California in Rome, The American University of Rome, and the Liceo Classico Giulio Cesare. In Rome she also published two handbooks about early modern Italian art with Ginevra Bentivoglio Editoria and is currently a Lecturer in the Department of Romance Languages and Literatures at Washington University in St. Louis.