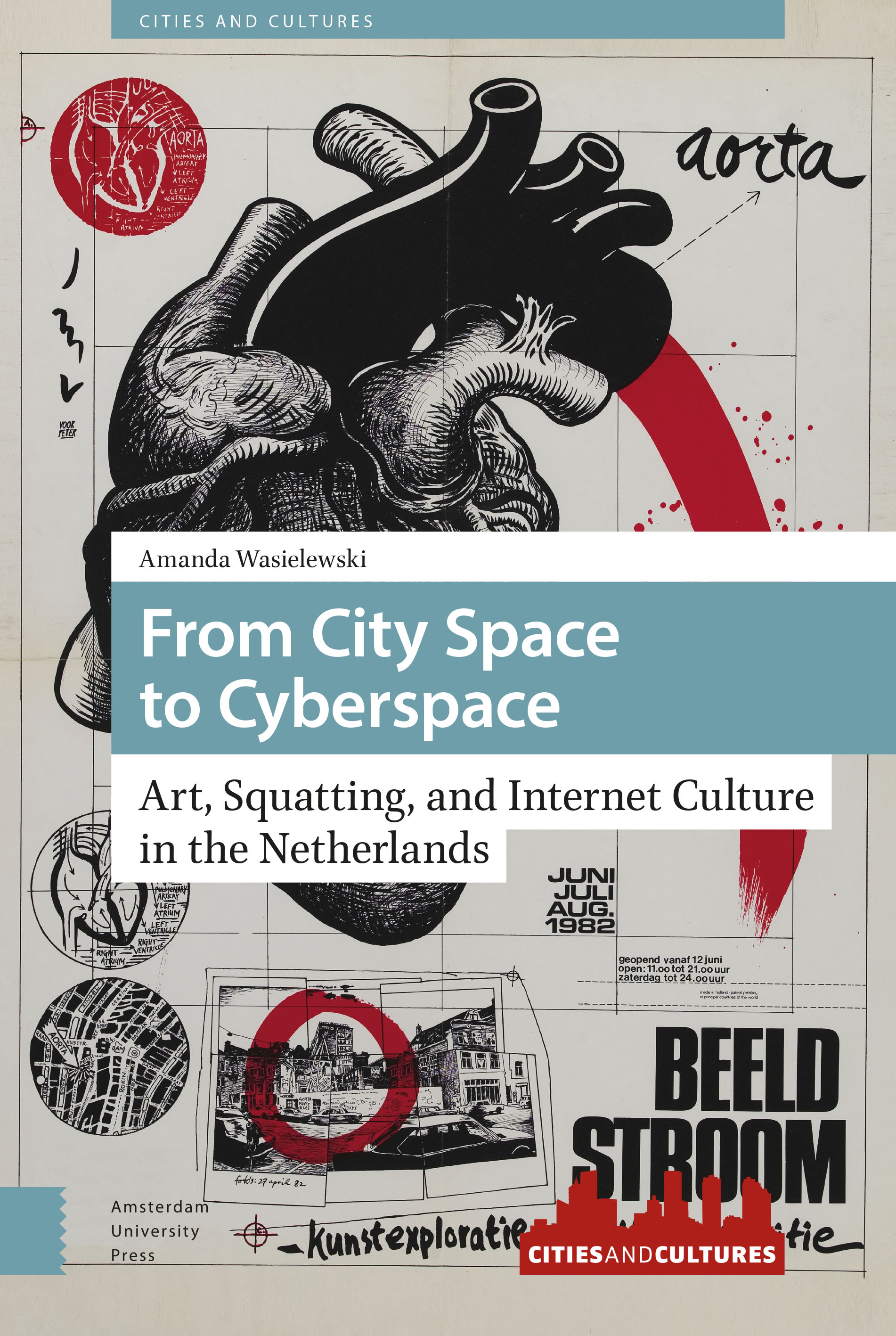 From City Space to Cyberspace

Art, Squatting, and Internet Culture in the Netherlands

The narrative of the birth of internet culture often focuses on the achievements of American entrepreneurs in Silicon Valley, but there is an alternative history of internet pioneers in Europe who developed their own model of network culture in the early 1990s. Drawing from their experiences in the leftist and anarchist movements of the ’80s, they built DIY networks that give us a glimpse into what internet culture could have been if it were in the hands of squatters, hackers, punks, artists, and activists. In the Dutch scene, the early internet was intimately tied to the aesthetics and politics of squatting. Untethered from profit motives, these artists and activists aimed to create a decentralized tool that would democratize culture and promote open and free exchange of information.

Amanda Wasielewski is a researcher in Art History at Stockholm University. She is the author of Made in Brooklyn: Artists, Hipsters, Makers, Gentrifiers (2018) and has taught social media and internet studies at the University of Amsterdam, architectural history at the Spitzer School of Architecture, and modern art history at Lehman College in New York.