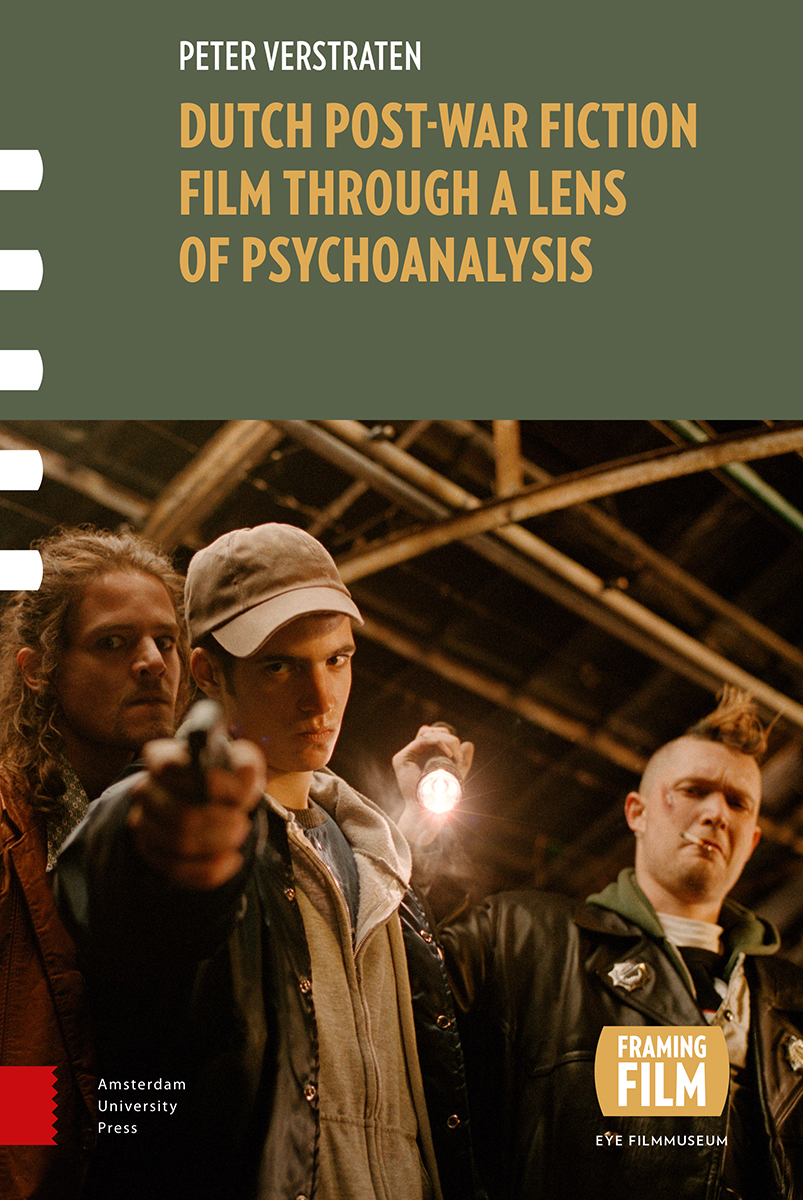 Dutch Post-war Fiction Film through a Lens of Psychoanalysis

Dutch Post-war Fiction Film through a Lens of Psychoanalysis is a sequel to Humour and Irony in Dutch Post-war Fiction Film (AUP, 2016), but the two studies can be read separately. Because of the sheer variety of Fons Rademakers’ oeuvre, which spans ‘art’ cinema and cult, genre film and historical epics, each chapter will start with one of his titles to introduce a key concept from psychoanalysis. It is an oft-voiced claim that Dutch cinema strongly adheres to realism, but this idea is put into perspective by using psychoanalytic theories on desire and fantasy. In the vein of cinephilia, this study brings together canonical titles (Als twee druppels water; Soldaat van Oranje) and little gems (Monsieur Hawarden; Kracht). It juxtaposes among others Gluckauf and De vliegende Hollander (on father figures); Flanagan and Spoorloos (on rabbles and heroes); De aanslag and Leedvermaak (on historical traumas); and Antonia and Bluebird (on aphanisis).