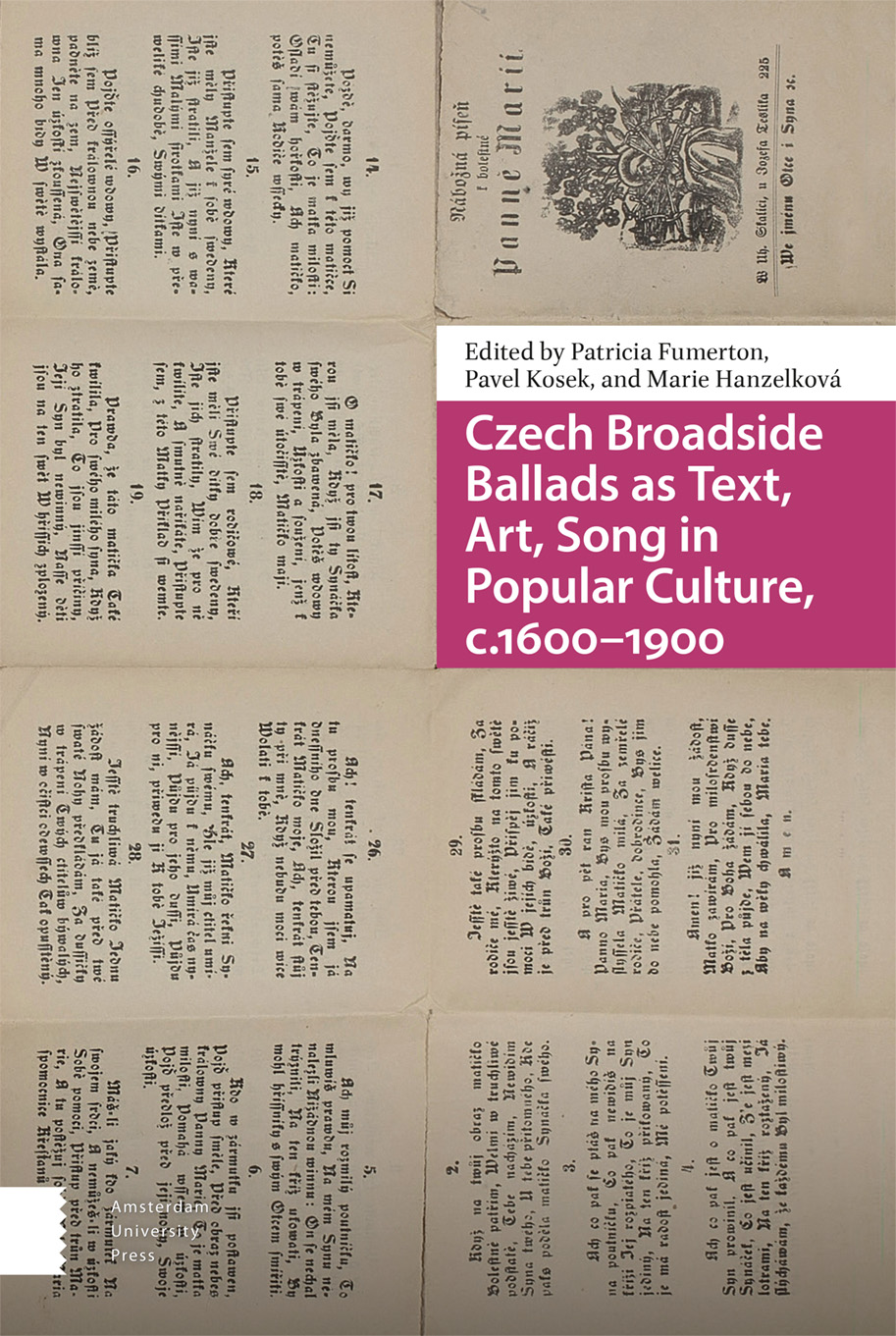 This landmark collection makes a major contribution to the burgeoning field of broadside ballad study by investigating the hitherto unexplored treasure-trove of over 100,000 Central/Eastern European broadside ballads of the Czech Republic, from the 16th to the 19th century. Viewing Czech broadside ballads from an interdisciplinary perspective, we see them as unique and regional cultural phenomena: from their production and collecting processes to their musicology, linguistics, preservation, and more. At the same time, as contributors note, when viewed within a larger perspective—extending one’s gaze to take in ballad production in bordering lands (such as Germany, Poland, and Slovakia) and as far Northwest as Britain to as far Southwest as Brazil—we discover an international phenomenon at work. Czech printed ballads, we see, participated in a thriving popular culture of broadside ballads that spoke through text, art, and song to varied interests of the masses, especially the poor, worldwide.

Patricia Fumerton is distinguished Professor of English at the University of California, Santa Barbara, California, and Director of the English Broadside Ballad Archive. She has edited nine collections of essays, and authored three monographs. Pavel Kosek is full Professor of Czech Language at the Department of Czech Language, Faculty of Arts, Masaryk University, Czech Republic. He has co-edited four critical editions, three collections of essays, and authored two books. Marie Hanzelková ia assistant Professor at the Department of Czech Literature, Faculty of Arts, Masaryk University, Czech. She has published several articles about Czech hymn-books from the sixteenth century.