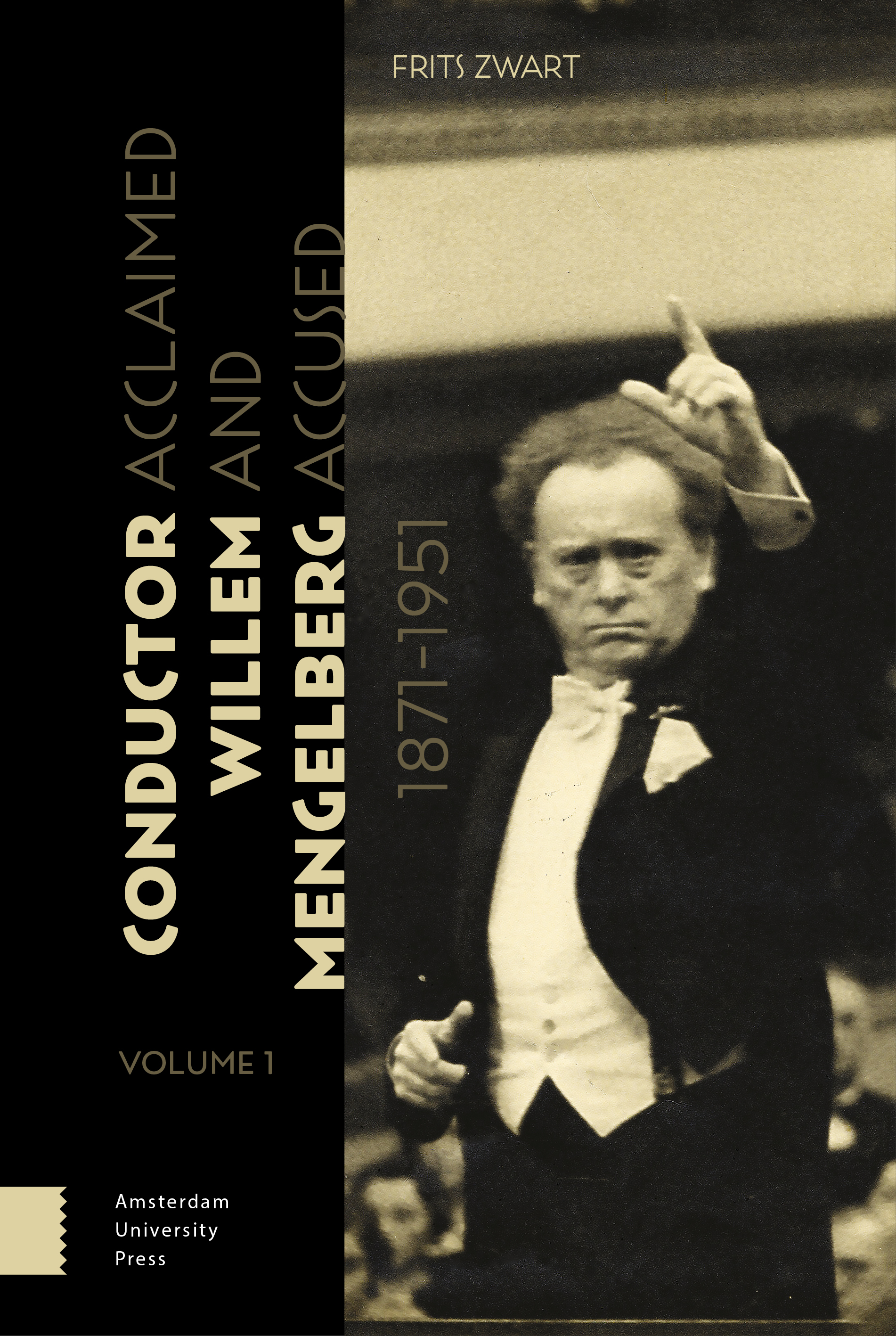 Willem Mengelberg is undeniably the greatest conductor in Dutch music history. In his biography, Frits Zwart carefully examines a musical life lived. Mengelberg was not only one of the world’s greatest, he had an excellent reputation as a trainer of orchestral ensembles, responsible for the international reputation of his own Concertgebouw as well as many others including the New York Philharmonic. A champion of numerous composers, including Mahler and Strauss, Mengelberg was the founder of the renowned tradition of annual performances of Bach’s St. Matthew Passion. As Chief Conductor of Amsterdam’s (now Royal) Concertgebouw Orchestra, Mengelberg developed it into one of the world’s most illustrious, simultaneously forging a music life of international eminence for its city of residence. His recordings bear witness to a singular musical interpreter. In 1920, Mengelberg was even more popular than his own Queen, yet a mere thirty years later he died in exile, banned to his remote Swiss chalet. Willem Mengelberg fell from grace, becoming a despised, disputed target of gossip, jealousy and rebuke. His dubious role during World War II has since overshadowed his extraordinary career. Zwart contests that few have ever surpassed Mengelberg‘s international musical legend.

Musicologist Frits Zwart (1954) is Director of the Netherlands Music Institute in The Hague, an extensive and significant collection of Dutch musical heritage materials. Zwart received his PhD from Utrecht University for a dissertation on Mengelberg (biography 1871-1920). He has published numerous articles related to other aspects of the music history of The Netherlands.