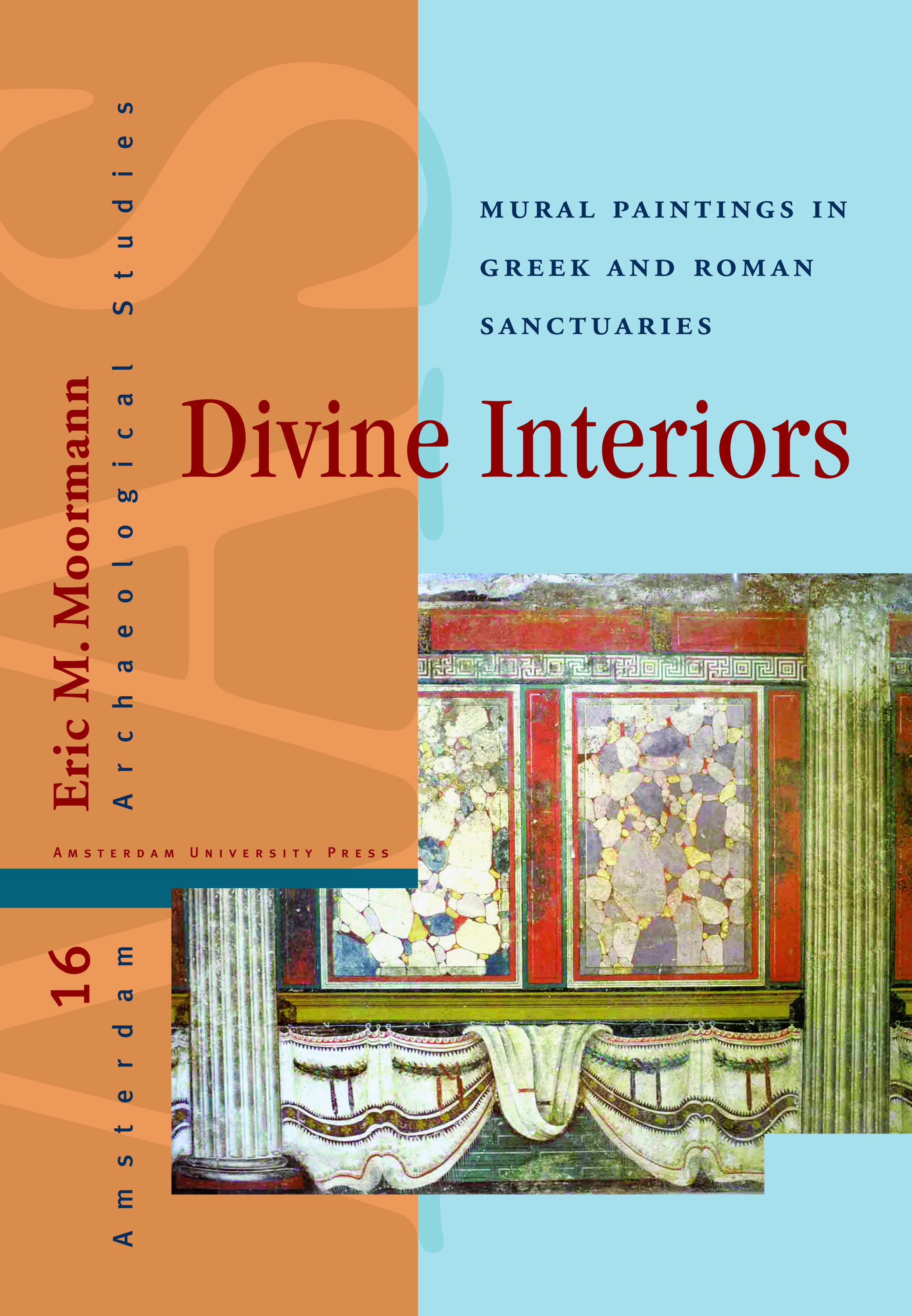 Divine Interiors is an investigation into the decoration of Greek and Roman temples with wall paintings. Mighty marble facades, sculptures and paintings played an important role in relation to these monuments. While the official temples, which were connected to the city or state, usually had a simple but solemn appearance, the more popular buildings were true multi-color expressions of religiosity. Scenes from the life of the revered deity, supporters and practitioners of the cult, or of plants and animals could carry visitors of the shrines away to different worlds. It is also striking to find in the vast Greco-Roman world that there are many similarities between often widely separated temples. The wall paintings were characterized by stylistic and taste changes, but they had the same look everywhere. Besides using archeological remains, this book also uses the texts of antiquity, whose descriptions of the monuments provide additional information.