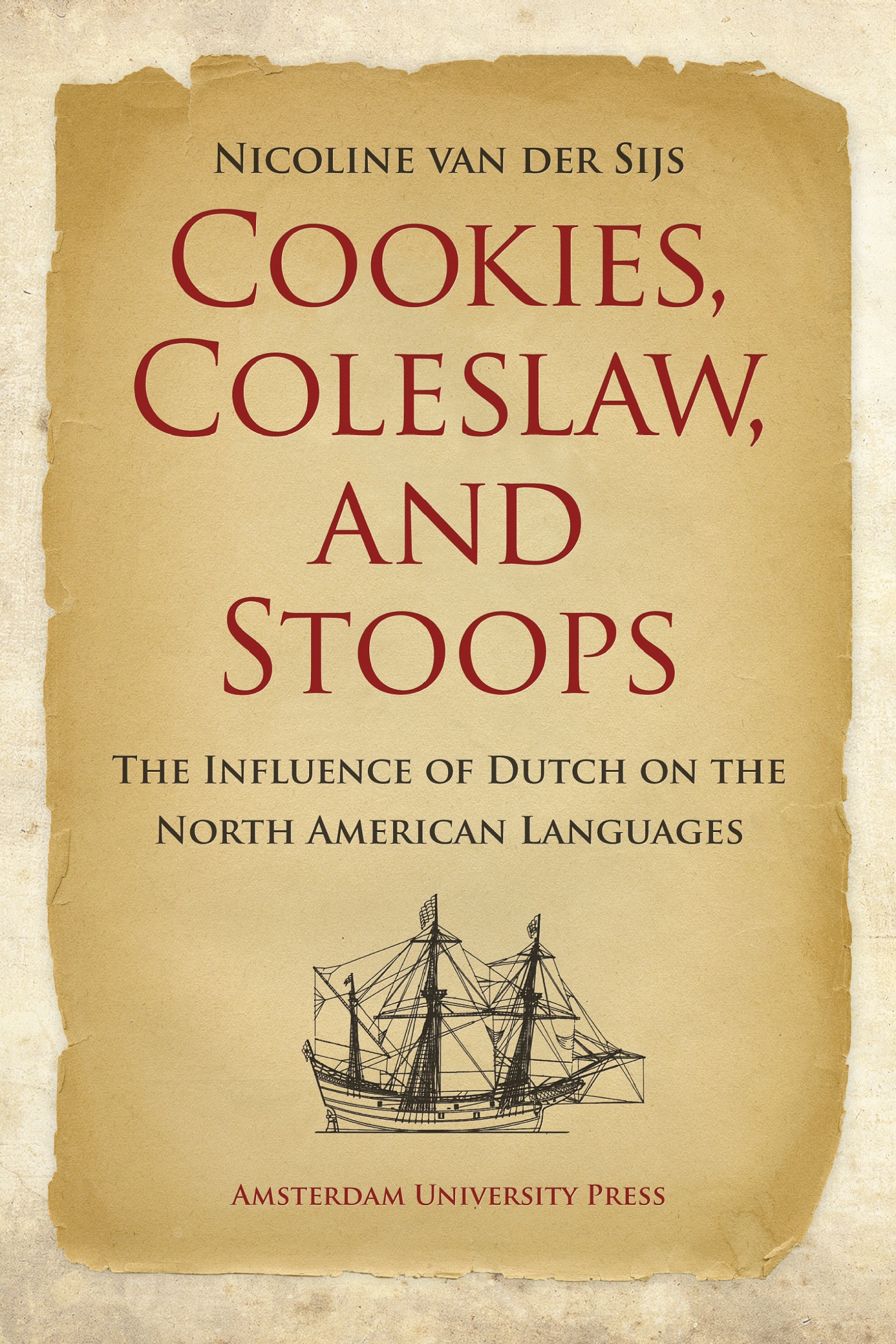 The Influence of Dutch on the North American Languages

In 1609, the first Dutch settlers arrived in America and established trading posts, small towns, and forts up and down what we now call the Hudson River. To this day, American children are taught the thrilling history of the transformation of this settlement, New Netherland, and its capital, New Amsterdam, from landmark port into present-day New York State and the island of Manhattan. But, the Dutch legacy extended far beyond New York, as Cookies, Coleslaw and Stoops reveals.

From Santa Claus (after the Dutch folklore saint Sinterklaas) and his sleigh (the pronunciation of the Dutch slee is almost identical) to a dumbhead talking poppycock, the contributions of the Dutch language to American English are indelibly embedded to some of our most vernacular terms and expressions. The menu in most of our restaurants sports some originally Dutch names, and even our dollar is named after a Dutch coin (daalder). In this captivating volume, the renowned linguist Nicoline van der Sijs glosses over 300 Dutch loan words like these that travelled to the New World on board the Dutch ship the Halve Maan, captained by Henry Hudson, which dropped anchor in Manhattan more than 400 years ago. Surprisingly, the Dutch also gave several Native American languages words for everyday things like “pants”, “cat” and “turkey”. Lively and accessible, the information presented in this volume charts the journey of these words into the American territory and languages, from more obscure uses which maybe have survived in only regional dialects to such ubiquitous contributions to our language like Yankee, cookie, and dope. Each entry marks the original arrival of its term into American English and adds up-to-date information on its evolving meaning, etymology, and regional spread. Not to be missed by anyone with a passion for the history behind our everyday expressions, Cookies, Coleslaw and Stoops is the perfect gift for the linguistic adventurer in us all.

Nicoline van der Sijs is a linguist and a coeditor of the multi-volume Dutch Etymological Dictionary.