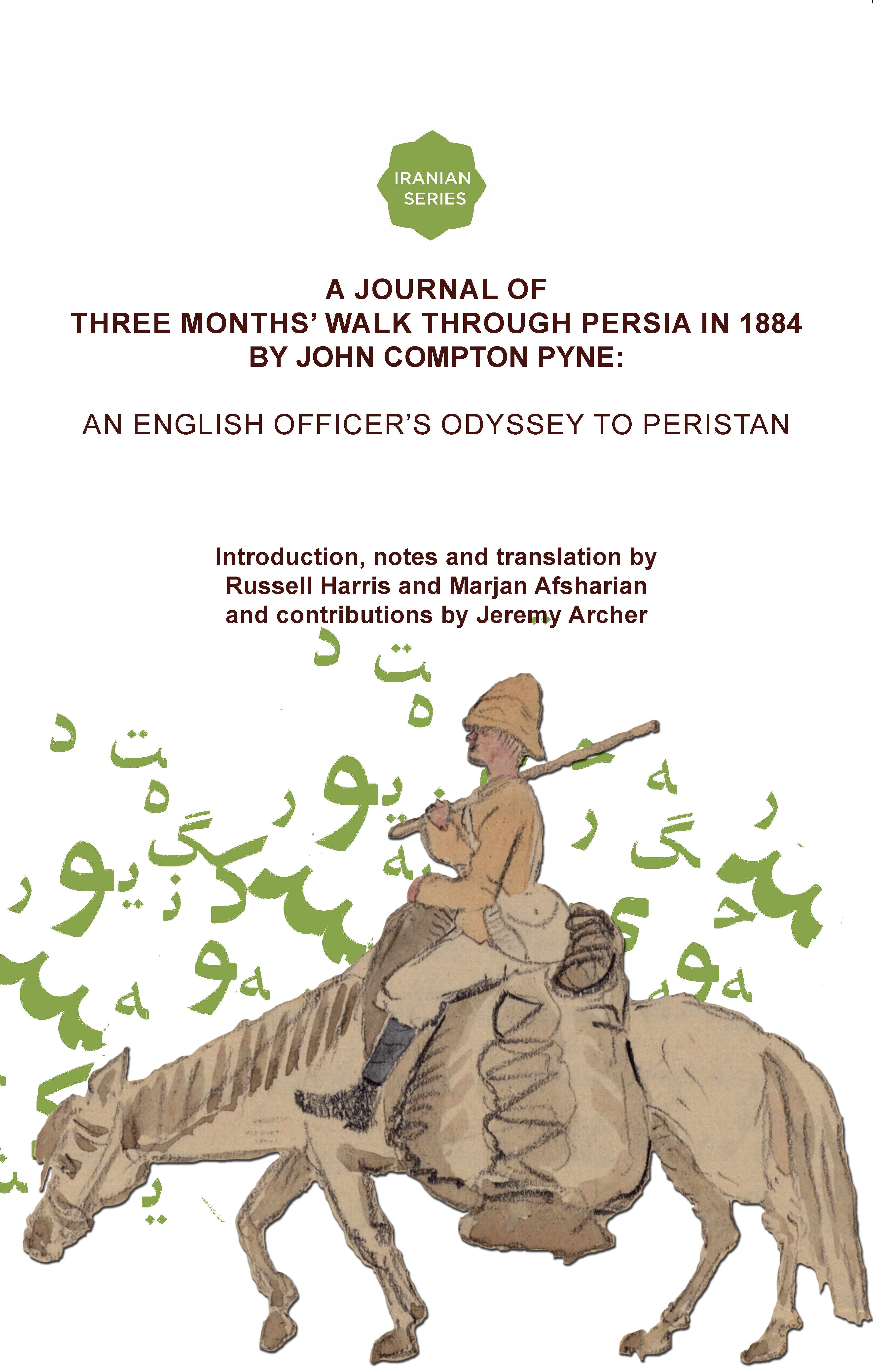 In 1884 an obscure British soldier, having finished his tour of duty in India, decided to make a detour on his trip home in order to spend three months crossing Persia unaccompanied except for the local muleteers. Among his accoutrements he packed a small leather-bound sketchbook in which he not only wrote a journal but in which he also added accomplished and charming water-colour illustrations. The authors’ introduction contextualises this trip made in 1884 against the background of Persianate influence in British culture, and the general cultural background of late Victorian Britain is presented as the subliminal driver behind a young man’s desire to explore, and illustrate, an already discovered country – Persia.

Marjan Afsharian gained her MA in the History of Art and Archaeology at SOAS. She currently works for the Encyclopaedia Islamica project at The Institute of Ismaili Studies, London.Russell Harris holds an MA in Oriental Studies from Balliol College, Oxford, and is an established translator of literary works from French and Arabic. He is a contributor to the The Routledge Encyclopedia of 19th Century Photography and The Encyclopaedia Islamica.