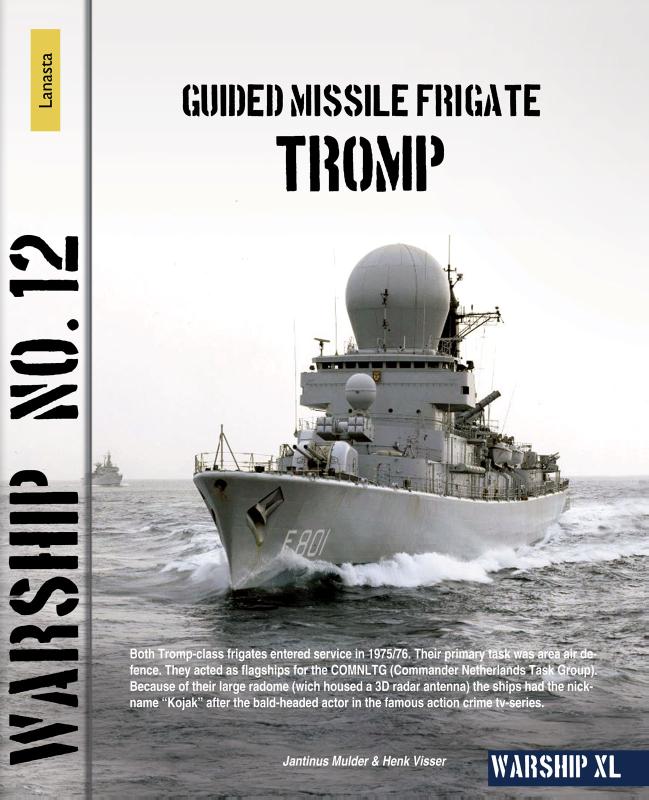 Both Tromp-class frigates entered service in 1975/76. Their primary task was area air defence. They acted as flagships for the COMNLTG (Commander Netherlands Task Group). Because of their large radome (wich housed a 3D radar antenna) the ships had the nickname “Kojak” after the bald-headed actor in the famous action crime tv-series.

Henk Visser (1943) is former Communication Yeoman who joined the navy in 1962. Retiring as Warrant Officer in 1993. He was employed as volunteer staff in the Navy Museum and published articles and some books. He lives in Den Helder and is consultant for various maritime publications.