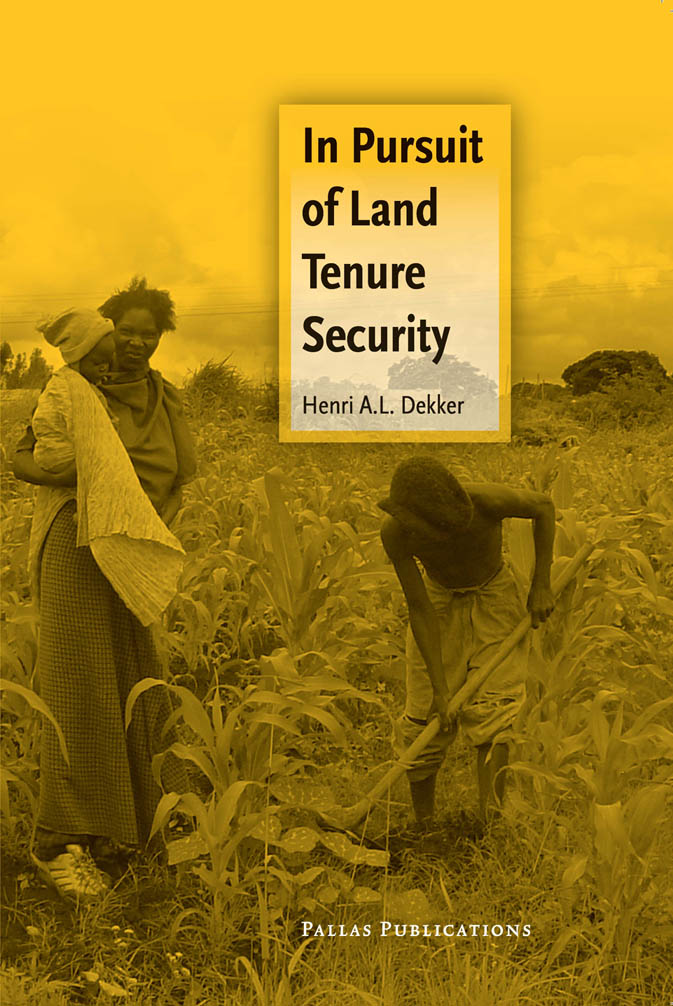 In Pursuit of Land Tenure Security

Henri Dekker ============ Dr. Henri Dekker is an independent consultant in land tenure and real property data management. His education in geodesy, economics and law was followed by a career as civil servant in the Netherlands. In 1982 he started his own consultancy firm and undertook numerous consultancy assignments in different parts of the world where he encountered many aspects of the human pursuit of land tenure security. He is also the author of Property Regimes in Transition (2003, originally published in 2001 as: A new Property Regime in Kyrgyzstan) and The Invisible Line (2003) published by Ashgate; London UK.