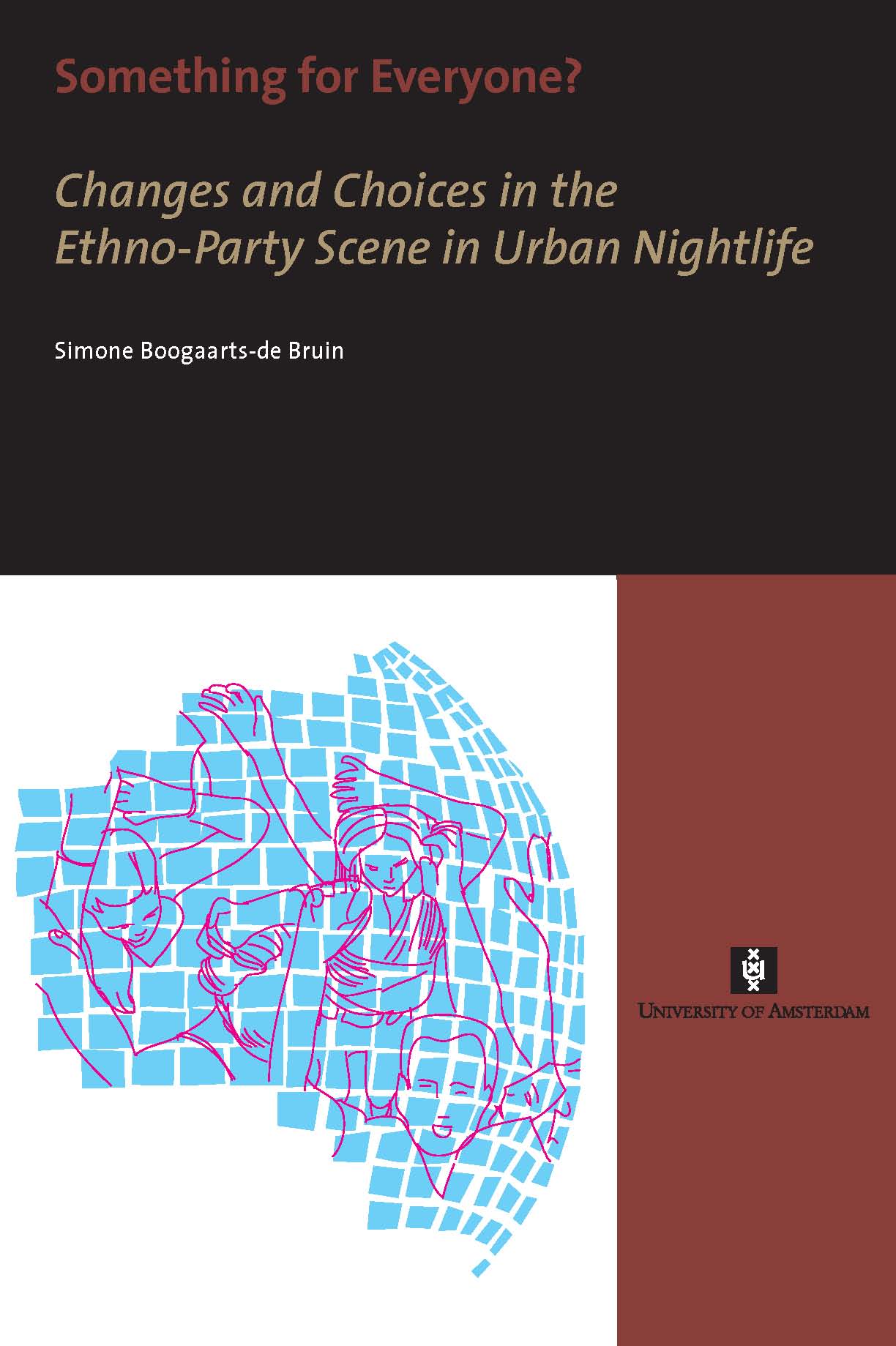 Changes and Choices in the Ethno-Party Scene in Urban Nightlife

The urban population is becoming increasingly diverse and growing (ethnic) diversity is having a singular effect on nightlife in Dutch cities. By studying the motivation behind and nightlife choices of the young people who participate in ethno-party scenes, Boogaarts-de Bruin investigates how the changing urban population affects the supply side of the nightlife market using an analytical model she has developed and which she calls the model of structured choice. This approach is sensitive to the flexible use of the processes of agency and structure due to the systematic distinction that it makes between societal and personal factors. Accordingly, it is revealed that in order to analyze and adequately explain the nightlife experiences of and choices made by ethnic youngsters, an integrated model is required which centralizes the interaction between the structural strategies of the producers on the one hand and the personal preferences and agency of the consumers on the other. What is more, this book demonstrates that nightlife has changed because of the increasing ethnic diversity of the Dutch population. Finally, in the epilogue, the fieldwork results are discussed in light of the currently heated debate regarding the integration processes of ethnic minority young people (in nightlife).

Simone Boogaarts-de Bruin (1976) graduated with a degree in Cultural Anthropology from the University of Utrecht in the Netherlands. She conducted the current study at the Institute for Migration and Ethnic Studies, which is linked to the University of Amsterdam.