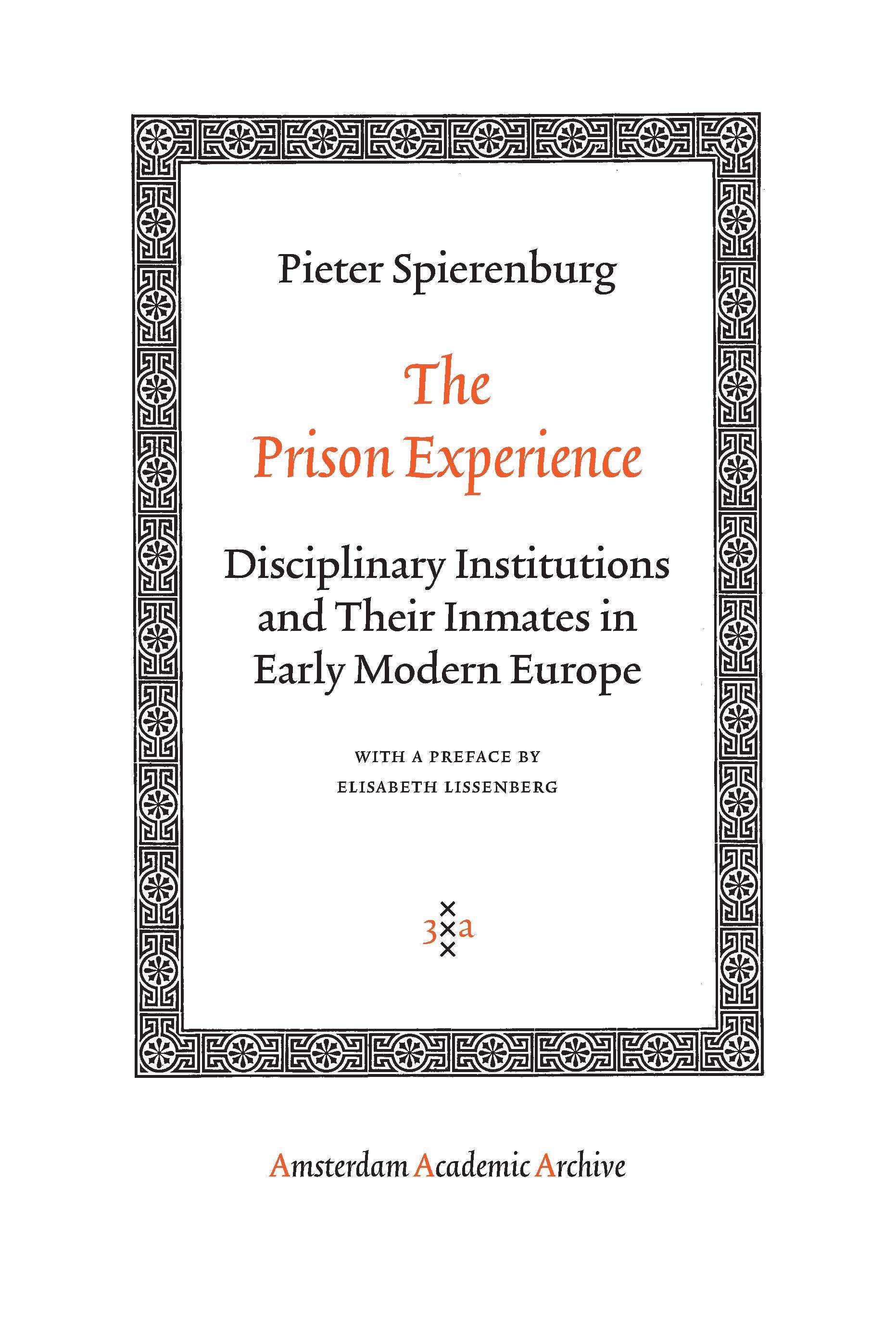 Disciplinary Institutions and Their Inmates in Early Modern Europe

The prison occupies a central position in the penal systems of modern countries. Many scholars believed –before the appearance of this book- that imprisonment did not become a major judicial sanction until the nineteenth century and the correction that Pieter Spierenburg provides is still pertinent today. First as a disciplinary institution and later as a penal option, the prison has played an important role in European societies from the late sixteenth century onward. Spierenburg traces the evolution of the prison during the early moden period, with particular emphasis on the prisons of the Netherlands, Germany, and France, but with reference to all of Europe. Spierenburg looks at the daily lives of inmates, a focus that is unusual in historical studies of prisons. He also analyzes the long-term nature of change in prisons and the conceptions of prisoners as persons who had broken away from their family bonds. His work adds to our understanding of social change and daily life in early modern Europe and will appeal to historians, sociologists, and criminologists.

Pieter Spierenburg is professor of historical criminology at Erasmus University, the Netherlands.