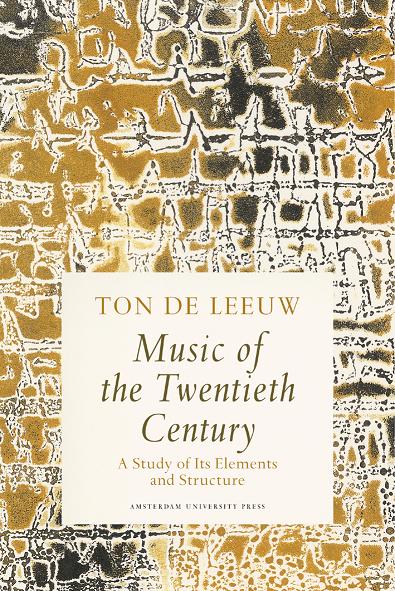 Music of the Twentieth Century

A Study of Its Elements and Structure

Ton de Leeuw (1926-96) is probably one of the most influential composers at the crossroads between Eastern philosophy and Western technique. A one-time pupil of Olivier Messiaen’s in Paris, throughout the latter years of his musical career he concentrated on the marriage of Western emphasis on action and tension, and the ethical function of music in Eastern traditions. The musical world of the twentieth century is a divided one. Numerous histories of it have been written, but few of the exceptional quality of de Leeuw’s, who brought into his writing a lifetime of experience as a composer and scholar of music. His work is a lucid and impassioned discussion of the elements, structures, compositional principles and terminologies in modern music that can be regarded as most innovatory. This book is an excellent guide for anyone wishing to gain knowledge of the compositional technique and mentality, particularly university and conservatory students.