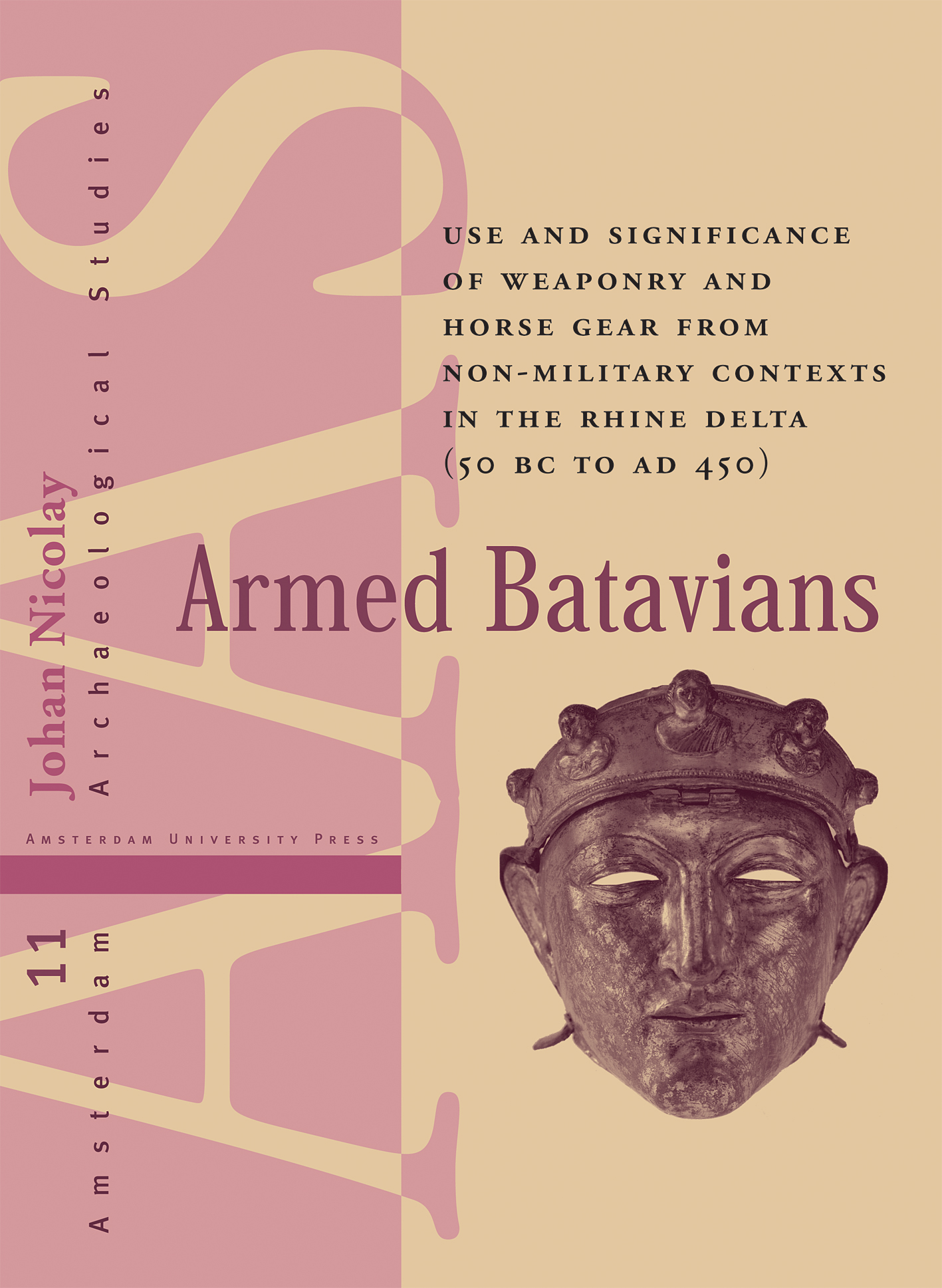 This study explores the use and significance of Roman weaponry and horse gear from non-military contexts in the eastern Rhine delta – the territory of the Batavians. Using a life-cycle model for Roman soldiers, the author interprets the large quantity of 1st-century finds as personal memorabilia brought home by ex-soldiers as a reminder of their 25 years of service, symbolising their newly-acquired veteran status. Underpinning the research is an extensive inventory of militaria from urban centres, rural settlements, cult places, rivers and graves, presented in 96 plates. The study not only presents a considerable body of unpublished data, but also offers an intriguing perspective on daily life in the northern frontier of the Roman Empire, with its closely interwoven military and civilian values.

Johan Nicolay is a researcher at the Groningen Institute of Archaeology, University of Groningen. His current research interests are Roman-period and early medieval Frisia and the development of kingship in early medieval Europe.