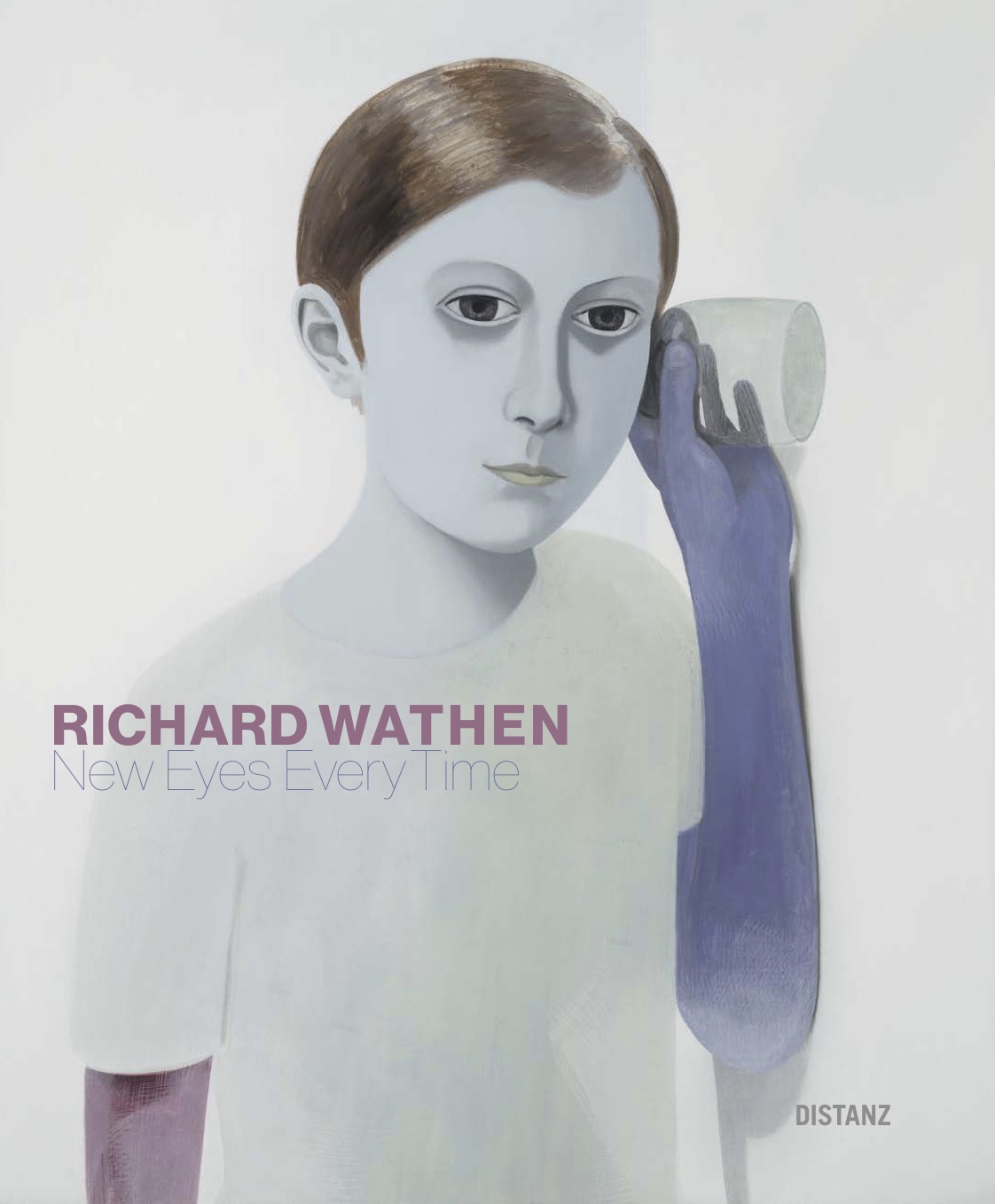 Rooted in the historical canon of painting, Richard Wathen's (b. London, 1971; lives and works in Suffolk, United Kingdom) work focuses largely on portraiture, portraying figures in states of hesitation and contemplation: listening at walls, pretending to sleep, moon bathing, or engaging in other apparent states of uncertainty. Wathen's works depict the tumultuous and complex array of negative human emotions, from anxiety and sorrow to despair, brought on by the socioeconomic pressures of contemporary living. The intensity created through the use of small details is powerful and emotional as an expressive gesture. His works subvert the genre of figurative painting through a bold play between representation and abstraction, between the solid density of the matte surface and the fragility of the figures represented.

The catalogue presents a selection of the large- and medium-format works that can be read as an investigation of the human condition in an age when an image is considered a stand-in for a sentient being. With an essay by Alfredo Cramerotti.