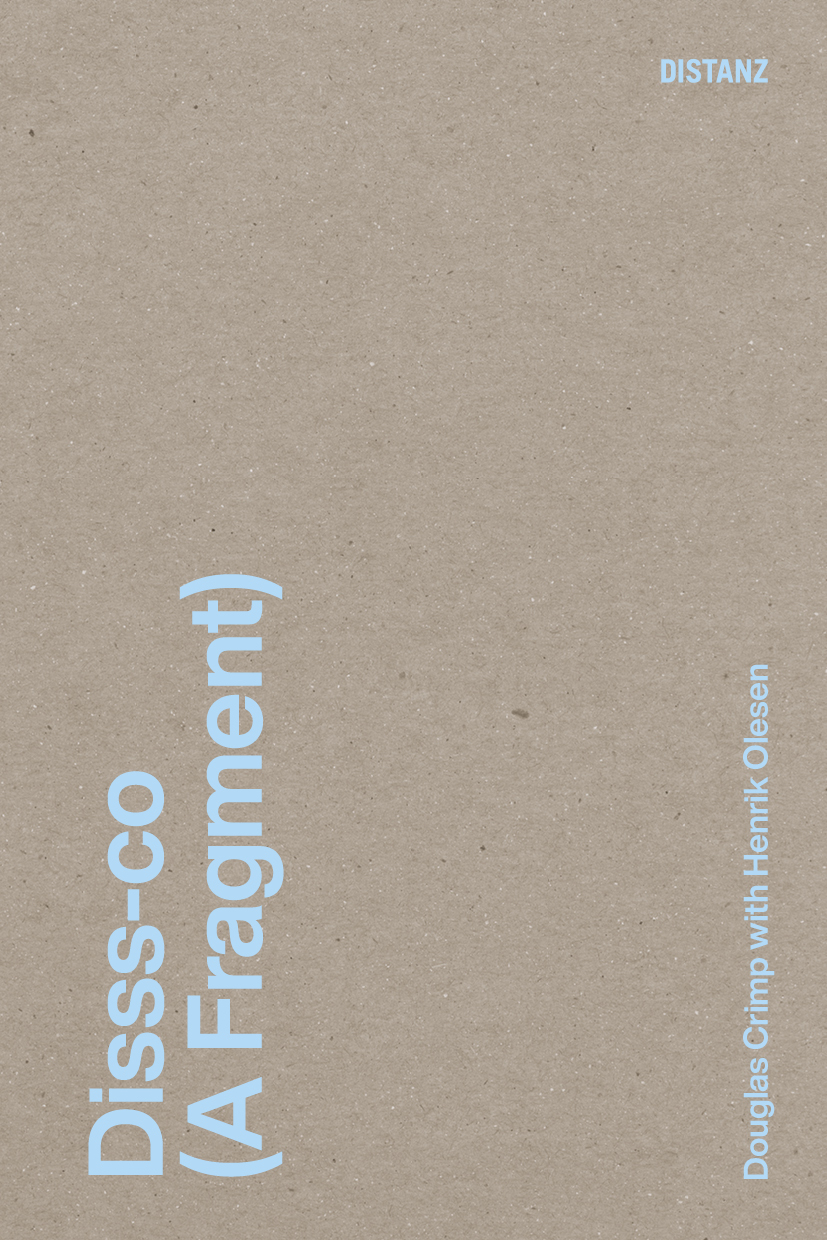 “Getting your disco act together.”

“Guy Hocquenghem visited New York and stayed with me in my loft on Chambers Street, and one night while I was out, he read what I'd written. When I returned later, he said to me that such straightforward description of gay culture was just the sort of thing that gay activists should be writing.” — Douglas Crimp

Douglas Crimp (b. Coeur d'Alene, USA, 1944; d. 2019) was one of the most influential art critics, curators, and AIDS activists of his time. His writings on representation and critique remain uncontested milestones in the debate over AIDS and queer aesthetics. The seminal essay Disss-co (A Fragment) reads as a primer to his pioneering studies of queer subcultures and New York's underground scene. In light of today's renewed repression of subcultural— sexual and ethnic—communities, the text has lost none of its relevance.

The art works of Henrik Olesen (b. 1967) often focus on sexual politics. In this publication he shows excerpts from the project Lack of Information, 2001. Arranged as a grid, the work presents a map of different laws worldwide that are directed against gays, lesbians and transsexuals. Among other topics, the work examines anti-gay and sodomy laws, migration and adoption rights, and statistics on hate crimes. It also contains information on the frequency Disss-co (A Fragment) of same-sex behavior among animal species.