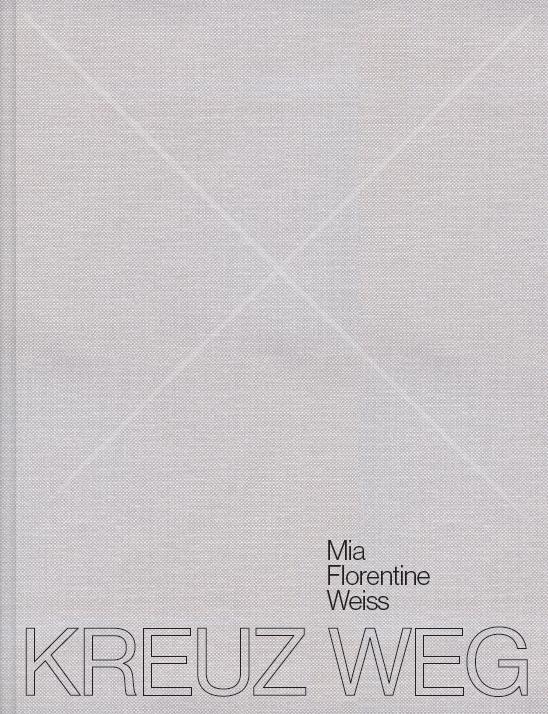 “We Must Not Take Today's Peaceful Europe without Borders forGranted.”Mia Florentine Weiss (b. Würzburg, 1980; lives and works in Berlin)makes conceptual art that grapples with questions of community,cultural identity, and the future of Europe. To mark the centennial ofthe Treaty of Versailles, Weiss will build a sprawling installation inBerlin's St. Nicholas' Church, transforming the nave into an outsizewalkable steel crucifix laid down on the ground: a universal way of thecross. Complementing the cross installed in the former church'sinterior, the artist will bring soil from the forty-seven member states ofthe Council of Europe to the exhibition space, which she gatheredwhile traveling across the continent over the past two years. Mixingthe topsoil from different countries, Weiss obtained a sample from anearth in which all boundaries have become obsolete. Pressed to formbricks made in series, the material forms another foundation for herengagement with European identity. The artist documented her workof collecting and her encounters with locals on film. The catalogueaccompanying the exhibition, titled KREUZ WEG, traces the long-termproject and explores its various stages and multiple facets. With aforeword by Minister of State Dorothee Bär and Senator for Cultureand Europe in Berlin Klaus Lederer; a preface by the curator, PaulSpies; essays by Karlheinz Lüdeking, Sylvia Metz and BettinaRuhrberg; and an interview with the artist by Stefan Trinks.

Mia Florentine Weiss (b. Würzburg, 1980; lives and works in Berlin)makes conceptual art that grapples with questions of community,cultural identity, and the future of Europe