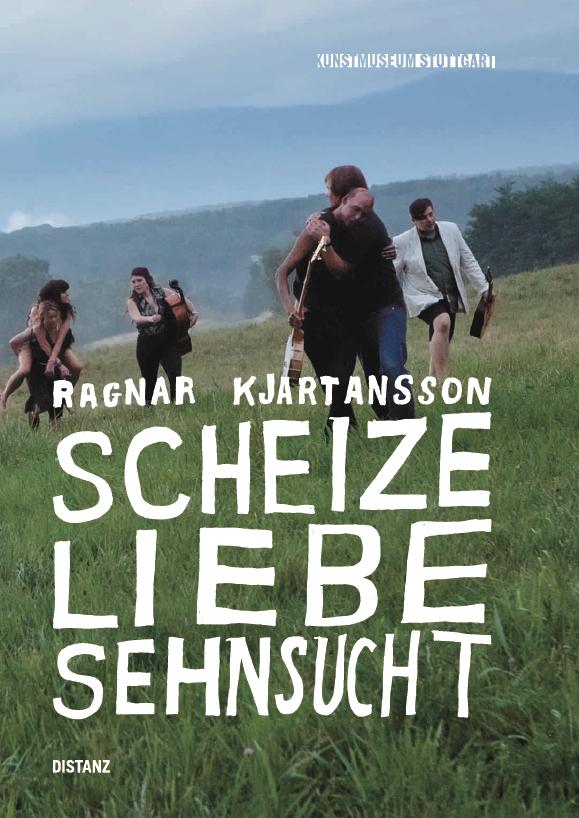 Ragnar Kjartansson (b. Reykjavík, Iceland, 1976; lives and works in Reykjavík) makes art that amalgamates elements from theater, opera, literature, music, film, visual art, show business, and contemporary pop culture. In his long-duration live performances, in particular, Kjartansson probes the existence of the artist as a figure of genuine creativity, an invention of the Romantic era. Melancholy, world-weariness, and neo-baroque pathos are characteristic devices in the works of the performance artist, sculptor, painter, and musician, who represented Iceland at the 53rd Venice Biennale in 2009, when he was only thirty-three.The Kunstmuseum Stuttgart now mounts Kjartansson's first major solo exhibition in Germany since 2011. Titled Scheize—Liebe—Sehnsucht, it surveys the key thematic complexes in his art, from a series of videos he began in 2000 to new pieces that make their public debut in the show. The publication of the same title documents his artistic position with a comprehensive cross-section of his oeuvre and includes extensive essays by Elisa Schaar, Carolin Wurzbacher, Anne-Kathrin Segler, and Matthias Wagner K. With a foreword by Martin Eyjólfsson and a preface by Ulrike Groos.