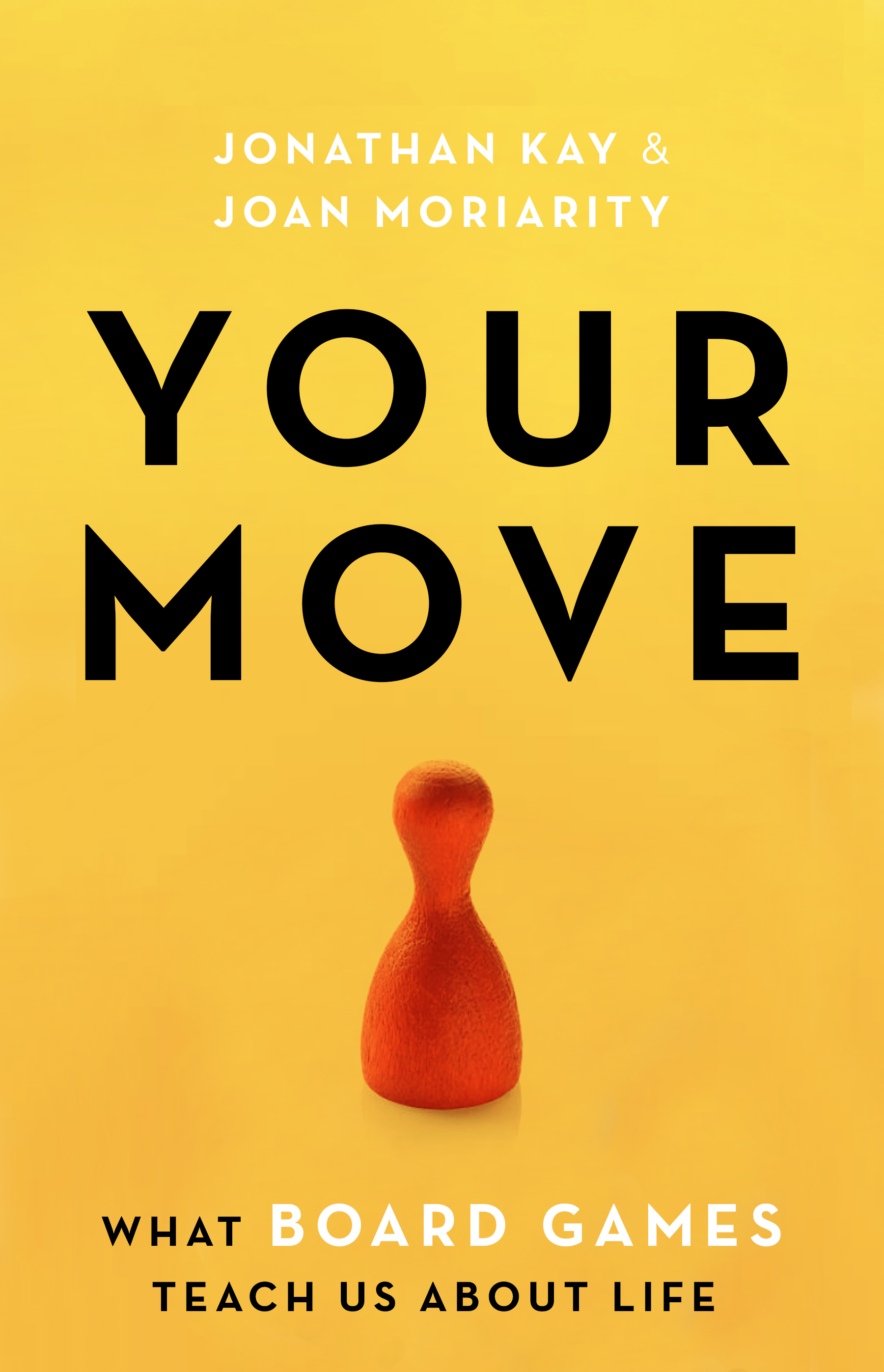 The great board game revolution is here--
What do these games tell us about our society, our relationships, and ourselves?


"Games, Jonathan Kay and Joan Moriarity show in this lively and insightful book, are not just fun and games: they allow us to explore the complexities of the world, from evolution to war to climate." - STEVEN PINKER, Johnstone Professor of Psychology, Harvard University, and author of Enlightenment Now: The Case for Reason, Science, Humanism, and Progress

"Kay and Moriarity are both skilled writers and elucidators, and their voices are distinct enough to provide the book with a pleasing yin and yang. It's a far more perceptive and intriguing book than it appears at first blush, particularly for those readers who have never thought of games as an artistic medium - at least not one that comments on society." - KIRKUS REVIEWS

The book's two co-authors bring the perspectives of a writer who plays, and a player who writes. Before Jonathan Kay began his distinguished career as an author and commentator, he had a passion for games, and in recent years he has rediscovered them. Meanwhile, Joan Moriarity's career has been spent designing, developing, distributing, art directing, recommending and teaching board games and, recently, writing about them for a wider audience.

With its short, punchy essays, and beautiful photographs of the games themselves, every chapter will be a worthwhile read in itself, and the book overall will leave you inspired to discover the truths of your own inner and outer world through play -- whether you're a seasoned veteran or a total newcomer.