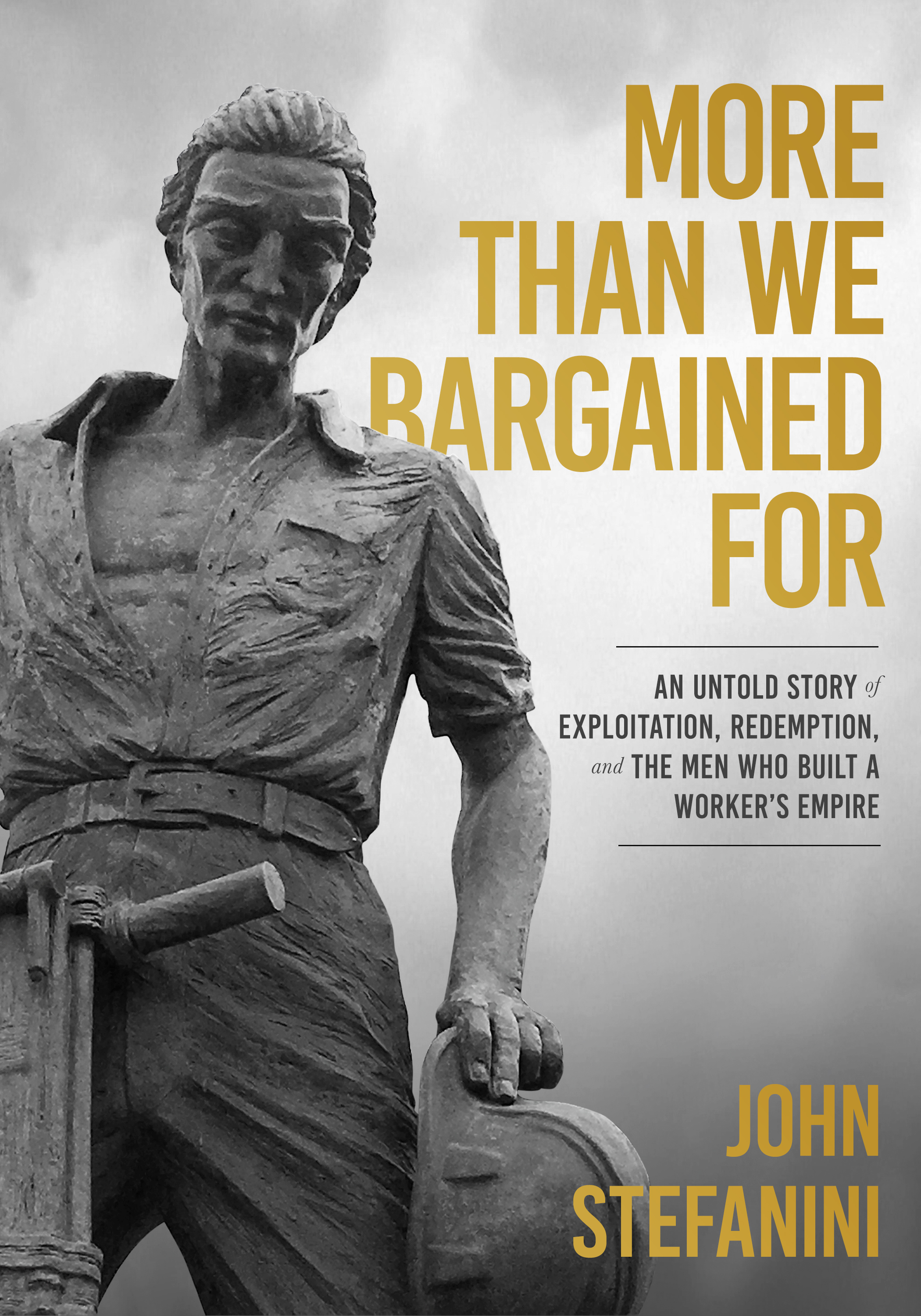 More Than We Bargained For


"Some are born to make a difference. Stefanini brought savvy and strategy, creating a muscular stalwart out of Labourers Local 183, which set historical benchmarks for the hard-toiling blue-collar class, and ultimately beyond. It was no job for the faint of heart. Still isn't." - ROSIE DIMANNO, columnist, Toronto Star

This is a Horatio Alger story from the other side of the negotiating table. In 1959, eighteen-year-old John Stefanini left war-shattered Italy for a better life in the new world. With no money and no English, he landed in Toronto's burgeoning Italian community and found work in the construction industry. Radicalized by the horrific deaths of five Italian workers, he became active in union politics and was jailed for his (non-violent) part in a violent strike.

On his release, he began his dramatic rise to become one of the most formidable forces on the Canadian union scene. With hard work, shrewdness, and strategic vision, Stefanini built the lowly Labourers Local 183 into a union powerhouse, the dominant organization of its kind in North America. He expanded its membership from a few hundred to tens of thousands, and won for his workers a set of benefits that had once seemed impossible.

With good sense and wry humour, Stefanini lays bare the life of a full-time labour organizer. He describes his surprisingly collegial relations with some of the world's toughest contractors, and details the often bitter and violent conflicts among ethnic groups and rival unions determined to rise at each other's expense. We meet meddling mobsters and tone-deaf prime ministers. We witness treachery, arson, beatings, shootings, sabotage, police anti-corruption investigations, and all-night, nail-biting, career-defining negotiations.

Above all, we gain - for the first time - an inside look at a brotherhood of workers who deserve as much credit for the building of modern Canada as the celebrated tycoons for whom they toiled.