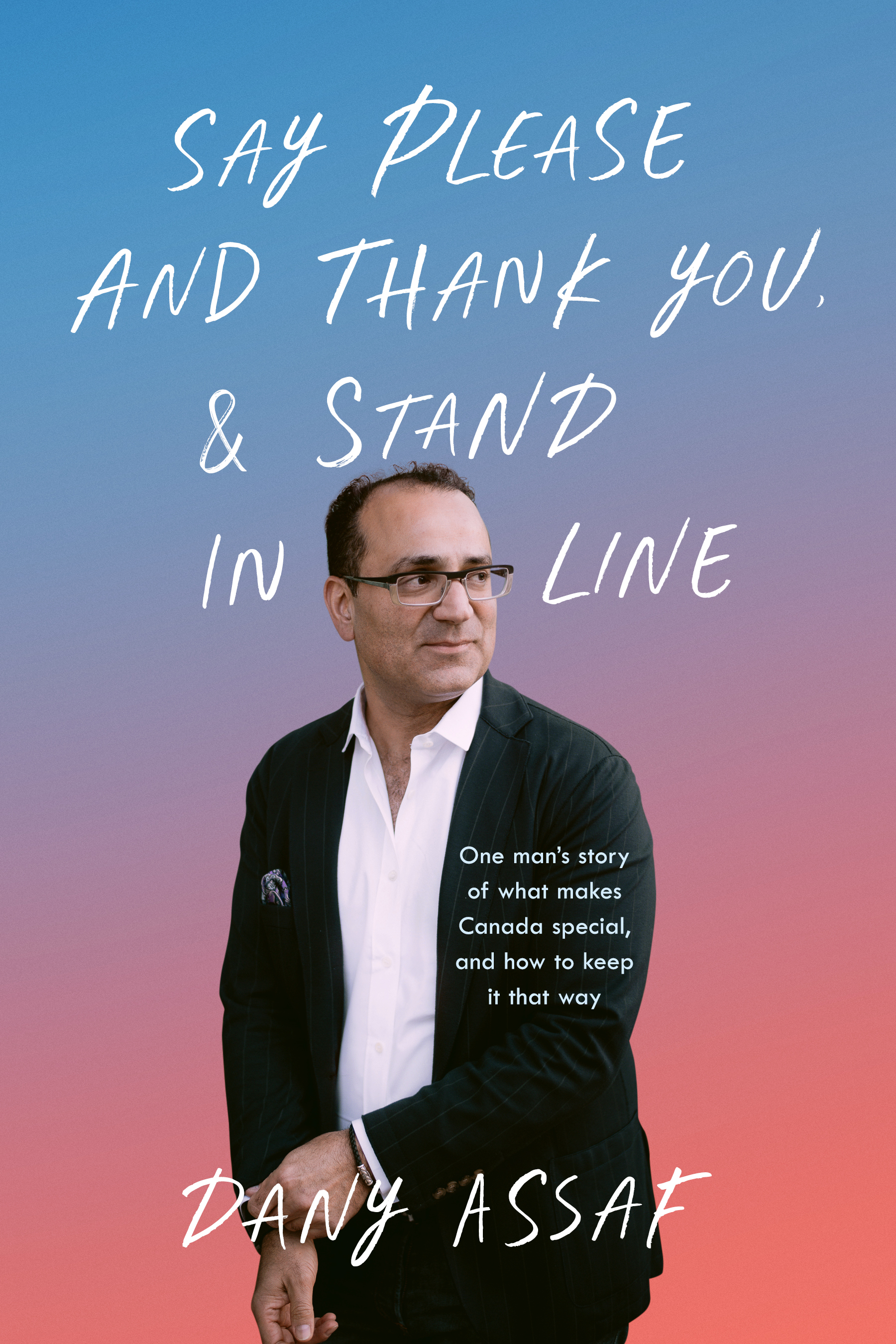 Say Please and Thank You & Stand in Line

One man's story of what makes Canada special, and how to keep it that way

"Dany's optimistic vision is contagious, and he offers Canadians a new perspective on how to build a stronger country." - Zaib Shaikh, star of Little Mosque on the Prairie and Consul General of Canada in Los Angeles

After the tragedy of 9/11, a sign suddenly appeared on a suburban Edmonton lawn that read: “Osama bin Laden lives closer than you think.” The sign pointed to Dany Assaf’s house. Dany was born in Edmonton, where he played hockey and dreamed of the NHL, a life familiar to any Canadian kid. Yet suddenly, despite generations of family history in Alberta, he and his family were branded as Muslim terrorists: the “other” to be feared and shunned.

Dany, now a top Bay Street competition lawyer who travels the globe representing Canadian interests, examines how we got to this point—from idolizing Darryl Sittler as a boy to dealing with the threats of white supremacists to the joy of his son Mohamad carrying the Canadian flag to midfield at the 100th Anniversary of the Grey Cup. Moving through the disturbing politics of hate to the uplifting message of togetherness, this is an untold Canadian story of four generations of a Muslim family and their journey through an increasingly fragile multicultural society. It is also a blueprint for hope that seeks to reclaim the soul and spirit of what has made Canada unique.

"Dany challenges us to unify and strengthen Canada by focusing on our diversity. This is a positive outlook on the opportunities we will have as Canada moves into the future." - Kirstine Stewart, former head of English-Language Services for the CBC and author of Our Turn

DANY ASSAF is a globally recognized lawyer, specializing in competition law and policy. Dany and his wife Lisa also co-founded Toronto’s annual Fast in the 6: Diversity.Unity.Prosperity. event. His family’s century of history in Canada began with establishing the first mosque in Alberta in 1938.