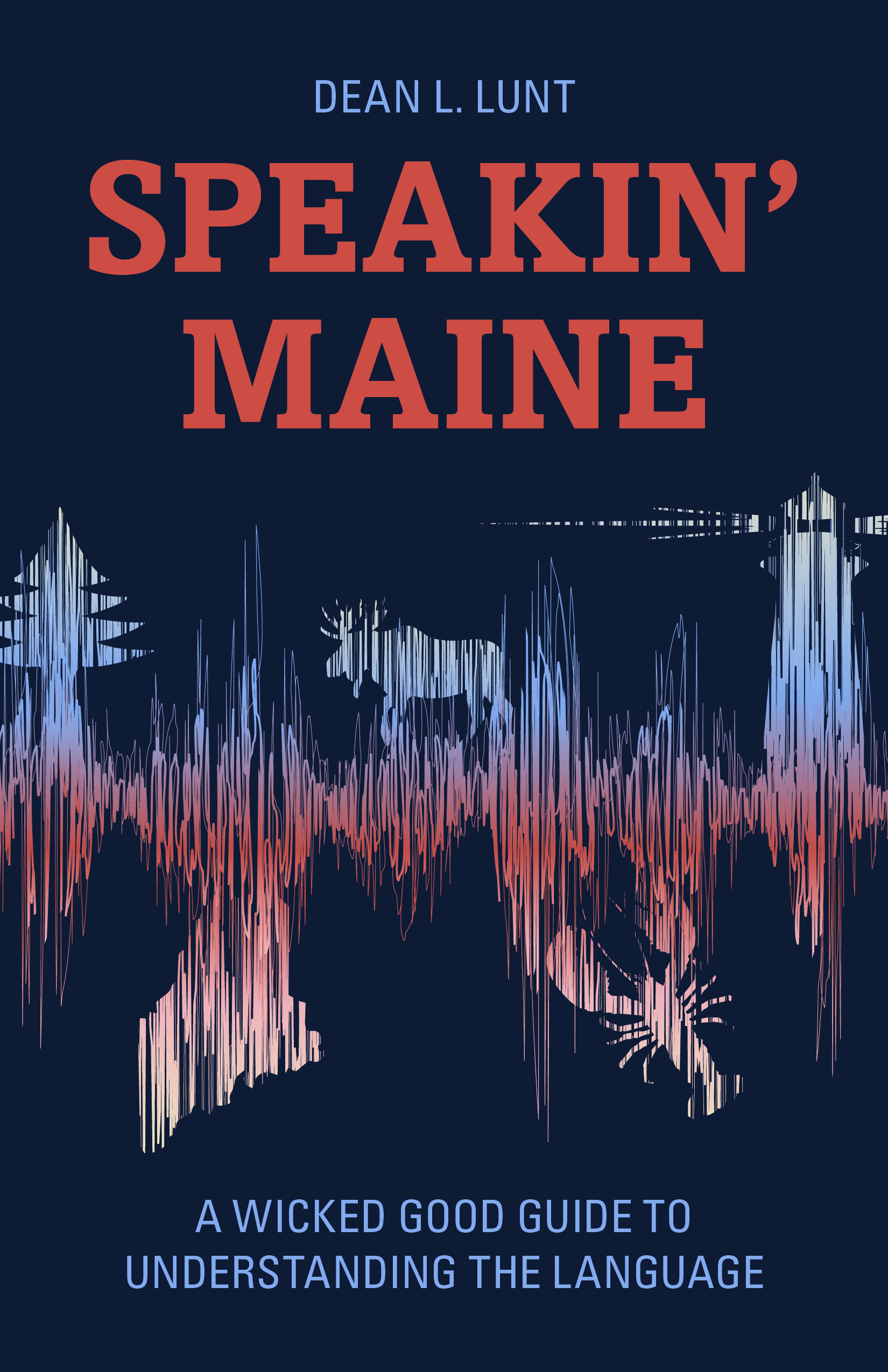 Ayuh, the language of Maine is more than just an accent and few catch phrases like “You can't get there from here.” We reckon, it is all that, but it also features idioms, words, sayings, and stories birthed in the sometimes harsh environment and hardscrabble living conditions or that harken to words rooted in the home countries of immigrants but adapted over time to become Maine. This book looks at it all from the wicked funny to the serious to the stories told at lumber camps and fish wharfs. It's perfect for native Mainers as well as those from away to not only laugh, but learn at least a tad about Maine culture and heritage.

Dean L. Lunt was born in the Maine island fishing village of Frenchboro, a member of the eighth generation of Lunts that called the remote island home. He attended the island’s one-room school and Mount Desert Island High School before earning a dual degree from Syracuse University. Following graduation, he worked as an award-winning newspaper reporter in three New England states for nearly twelve years, and later worked as a freelance writer, editor and project manager. Lunt founded Islandport Press in 2000 and has since edited or published more than 200 books, most tied in some way to the culture and heritage of Maine or New England. Lunt also founded Islandport Magazine in 2017 and has written two nonfiction books, Hauling by Hand and Here for Generations. His fourth book, Speaking Maine, will be released in October 2020. He has two daughters and now lives in Yarmouth with his wife, Michelle.