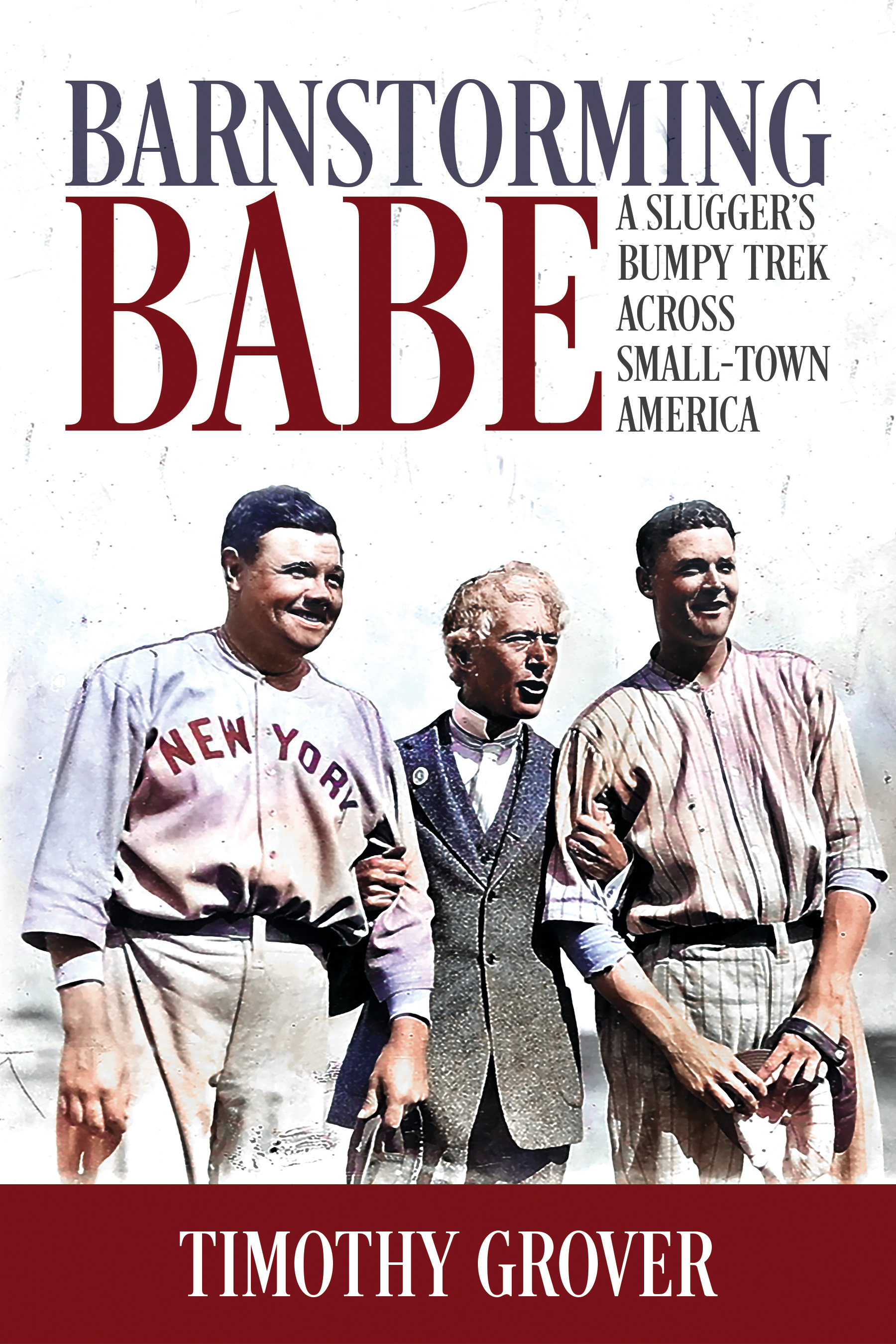 Babe Ruth could be his own worst enemy.

After the 1921 World Series, the Bambino and teammate Bob Meusel began a barnstorming tour in the Northeast. The new baseball commissioner, Kenesaw Mountain Landis, had warned them against doing it, citing a ridiculous and seldom-enforced rule. Greed overruled logic, and they did it anyway. Landis responded by suspending both players for the first six weeks of the 1922 season.

A year later, Landis had waived the rule. And after losing the World Series in 1922, Babe Ruth and Bob Meusel left the harsh glare of New York for an eighteen-game Great Plains barnstorming tour. Stops included Omaha, Kansas City, and Denver. But also Sleepy Eye, Pratt, and Tarkio.

They played in sleet, rain, and snow, traveled overnight on “jerkwater” railroads, and tolerated endless civic celebrations. They hit monstrous home runs, played against formidable Negro Leaguers, and faced some great small-town pitchers. They also visited orphanages, raised money for the American Legion, and created lifelong memories for hardscrabble farmers who would have never otherwise had a chance to see a major league baseball player.

The adventure kicked off with a spitball in Perry, Iowa, on Friday the thirteenth…

Growing up in Rowley, Iowa, Tim dreamed he’d be the next Harmon Killebrew. Lacking athletic skills, he collected baseball cards and read history books instead. But he was a 1970 Rowley Little League All-Star!

He later spun records at several radio stations, graduated from the University of Northern Iowa, and worked in TV production. In 1985, he became a weekend mobile DJ for Complete Music in Des Moines. Several years later, he and his wife Deb owned and operated the multi-system entertainment service. They sold the business in 2013 after more than 7000 events.

Tim lives in Pleasant Hill, Iowa, with his wife, Deb. Their three grown kids live nearby, and his second greatest joy is family camping; his first is being a Bompa to two amazing grandchildren.