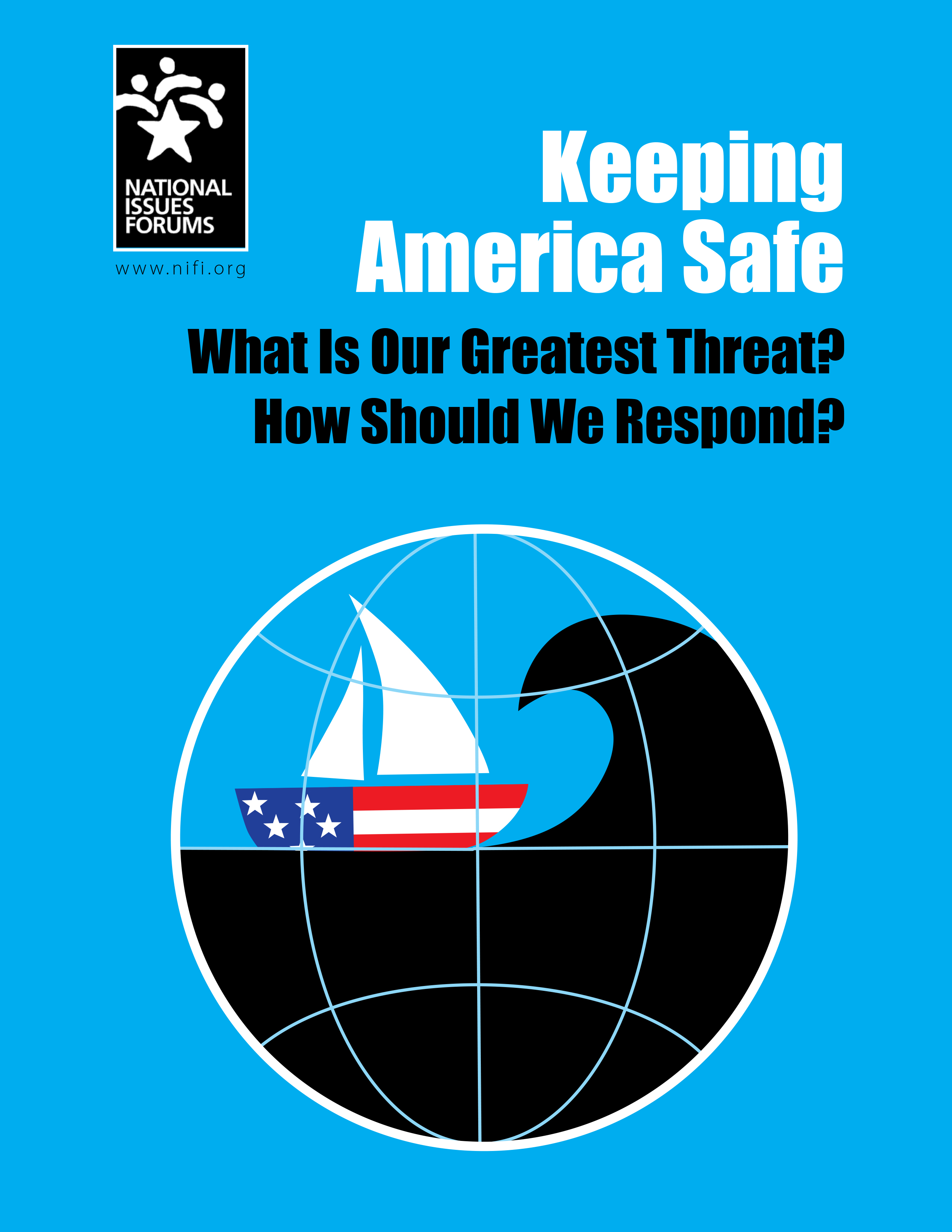 What Is Our Greatest Threat? How Should We Respond?

This issue guide offers a framework for deliberating over the priorities that should inform our nation's role on the world's stage. It presents three different options for moving forward—each based on a different way of looking at our greatest threats and each involving a different set of prescriptions for what should be done. Most important, each option has significant downsides and drawbacks. Each of these will need to be considered if we are to decide how best to use our economic, military, and diplomatic resources.

Option 3: Work with Others to Solve Global Problems

In 2005-2006, she was a Knight Science Journalism Fellow at MIT, which allowed her to take courses on global health, infectious diseases and bioethics at MIT and Harvard. She studied climate change as a science journalism fellow at the Marine Biological Laboratory in Woods Hole, Mass., and at Toolik Lake Field Station in Alaska's Brooks Range. She was a Salzburg Seminar Knight Media Fellow on multicultural healthcare in Salzburg, Austria, and a Casey Journalism Center Fellow on children and trauma.