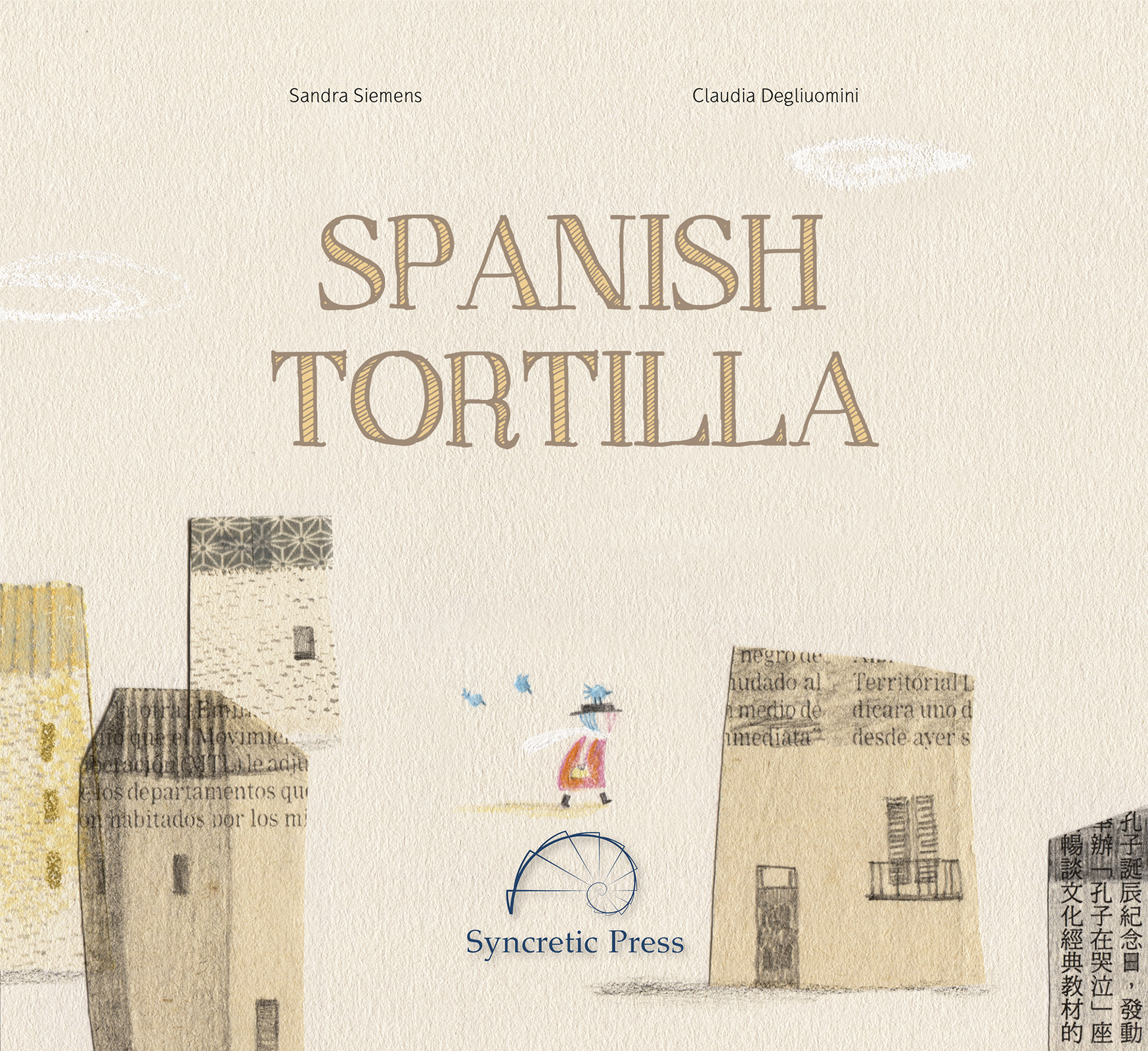 Olivia wants to make a Spanish tortilla, but she has no eggs. She goes to the store to buy them, but on the way she discovers a world of simple beautiful things and forgets about the eggs. She’ll return home time and time again with all sorts of foods and flowers… but no eggs. A simple and circular story in which this endearing character, a bit forgetful, wanders around town in search of eggs, only to get caught up with her neighbors, merchants, fruits, and flowers. It is a story that does not end, or rather begins again and again.

Sandra has a Literature degree from the National University of Rosario. She has received several distinctions, including the 2008 Norma-Fundalectura Award and the “The Steamboat” Prize 2009. Her book Borug participated in the bilingual anthology of Children's Literature presented at the Argentina stand at the Frankfurt Fair, Germany, in 2010. She has published in Argentina, Mexico and Spain. Syncretic Press has published her book La tortilla de papas, which received an award from the Fundación Cuatro Gatos as well as a White Raven recognition award in 2016. She lives in Argentina.

Other Titles from Syncretic Press Llc