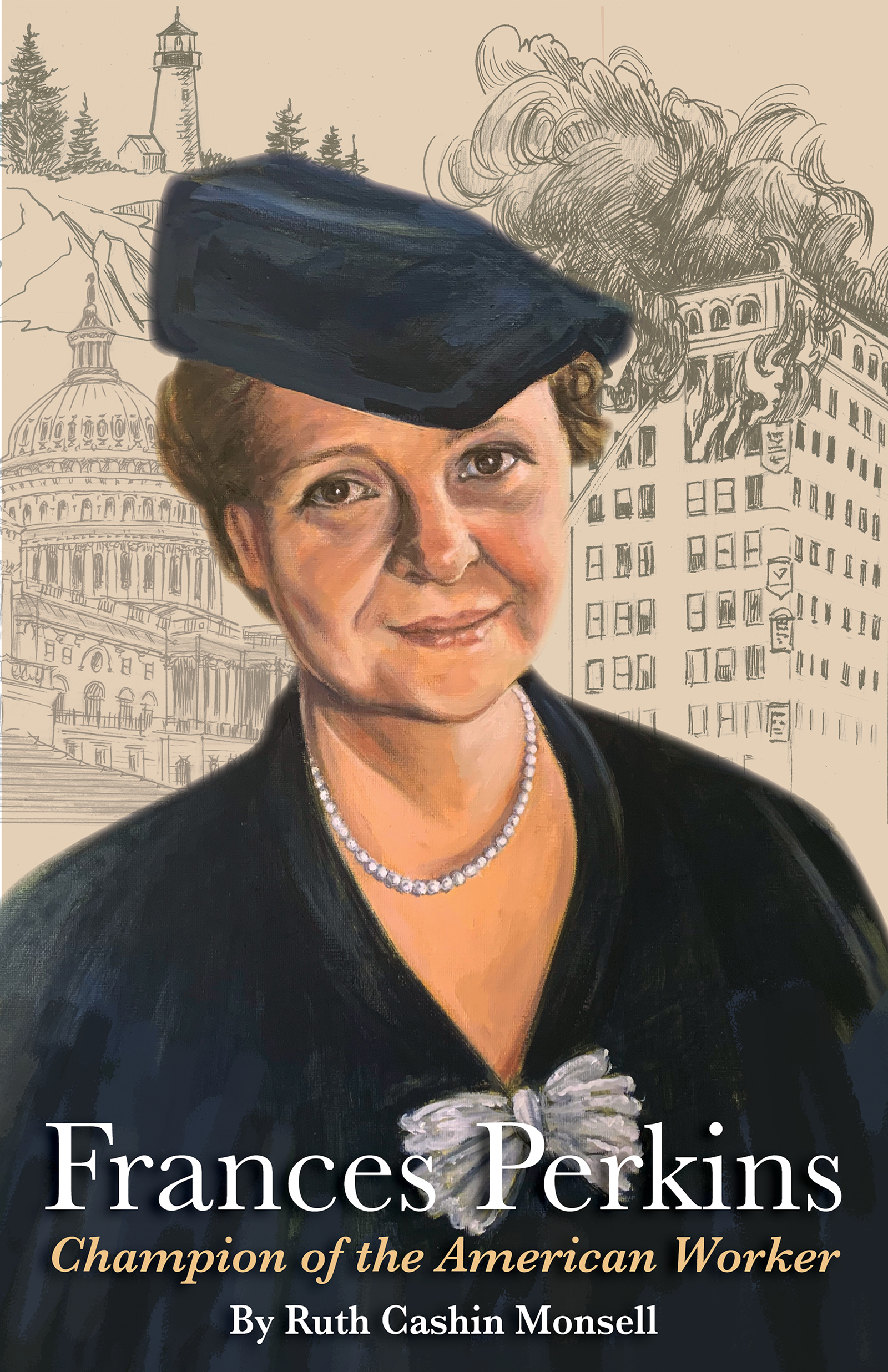 A middle-grade biography of Frances Perkins, a loyal supporter of President Franklin D. Roosevelt and chief architect of his famous New Deal. Perkins, subject of a new PBS documentary, was the first woman to serve as a Presidential cabinet member and was largely responsible for the U.S. adoption of social security, unemployment insurance, federal laws regulating child labor, and the federal minimum wage. The foundation for much of her later efforts with Roosevelt was forged in New York. As Executive Secretary of the New York City Consumers League, she campaigned for sanitary regulations for bakeries, fire protection for factories, and legislation to limit weekly working hours for women and children in factories to 54. A tragedy in Greenwich Village also became a defining moment for Perkins. On March 25, 1911, Perkins witnessed the Triangle Shirtwaist Factory fire, one of the worst workplace disasters in U.S. history, killing 146 people. She watched as fire escapes collapsed and fireman ladders couldn't reach desperate women on 8th, 9th, and 10th floors. Locked exit doors prevented many from escaping and forty-seven workers leaped to their deaths. In 1980, President Jimmy Carter renamed the headquarters of the U.S. Department of Labor in Washington, D.C. the Frances Perkins Building. Perkins was born in Boston and grew up in Worcester, but her home in Washington and her family home in Maine are both designated National Historic Landmarks. The Frances Perkins Center in Damariscotta works to fulfill the legacy of Frances Perkins by educating visitors on her work and programs.

Ruth Cashin Monsell lives in Damariscotta and Camden, Maine, and winters in Charleston, SC, where she actively pursues the arts, including music, graphic arts, and theater. She earned a bachelor's degree from Illinois Wesleyan University and a master's degree from Hofstra University. An English teacher for 18 years, she has always enjoyed writing. Monsell is the mother of two sons and has two grandsons. She lives with her partner, John, and their two cats. Frances Perkins is her first book.