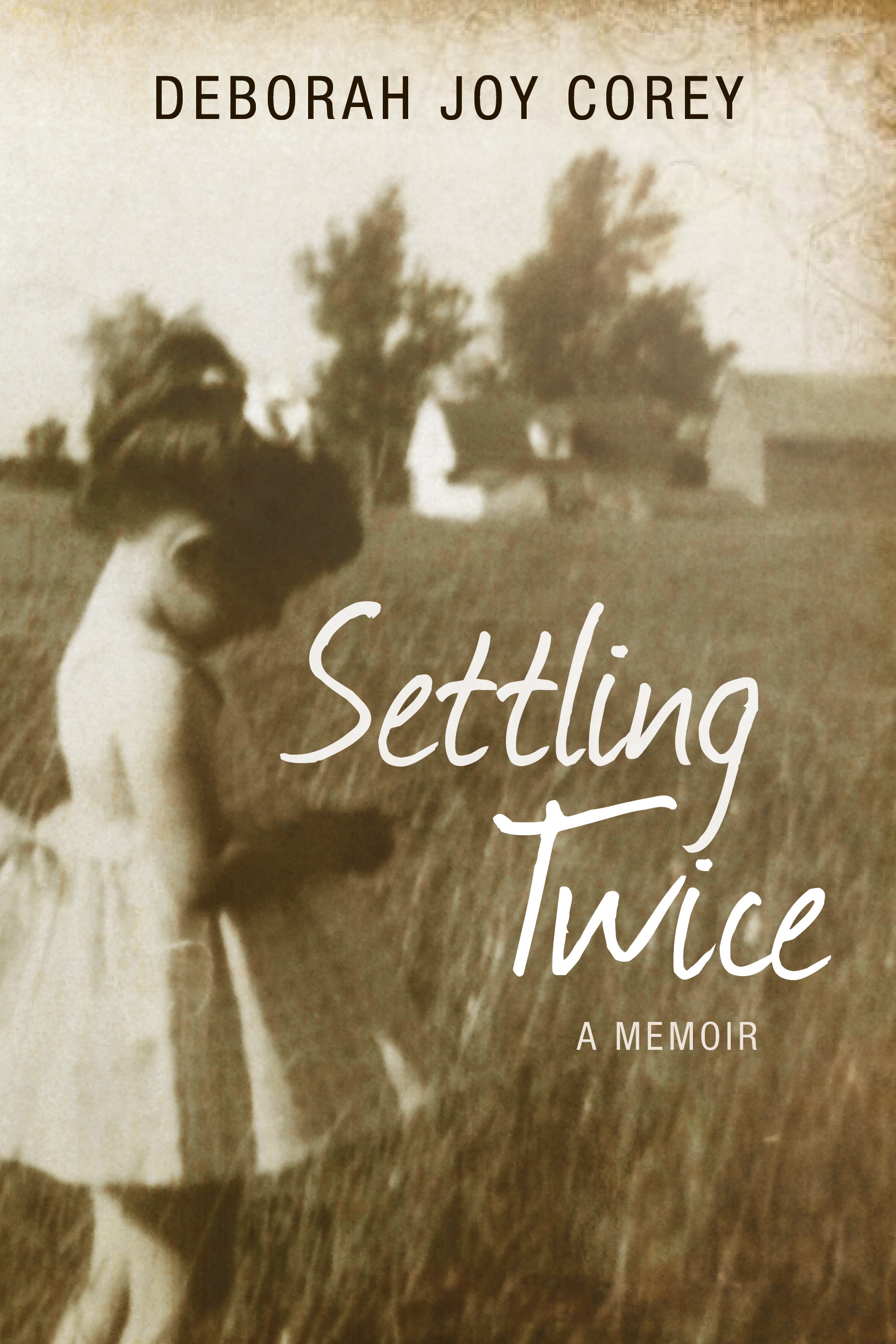 Lessons from Then and Now

Settling Twice began in a place of grief. Deborah Joy Corey had lost her father and mother six years apart, and although she had been running from their absence, she knew the dark hole of it was catching her. There was nothing else to do, but to stop. She rented a place where she could be alone, and there her grief encompassed her like a black cloud that rolls in off the sea. That cloud sent her back to my past, and to memories of her parents, and eventually to the lessons she had learned from them. The had an incredible influence on her life. In Settling Twice, Corey collages her siblings and relatives and friends and pets, her dreams and hymns and nightmares, and her experiences. What extraordinary people her seemingly ordinary parents were. What examples of love and integrity. In a world that has thrown Jesus out with the baptismal water, she treasures their example, and their love. It is still here with her.

Deborah Joy Corey is a Canadian-born author who now lives in Maine. She was prompted to write after reading a tattered copy ofd Joyce Carol Oates' short stories entitled The Wheel of Love. She published a series of short stories, including The Skating Pond which was eventually turned into her second novel. Her first novel was the award-winning Losing Eddie, published in 1993. Losing Eddie is narrated by a young nameless girl, remarkably capturing the voice of \"the good child\" who tries to make sense of the world around her. After The Skating Pond, Corey rented a morning in her home harbor to which she attached a shack in which to write during the summer time. She has lived in Maine since the mid-1990s, living with her husband and two daughters.