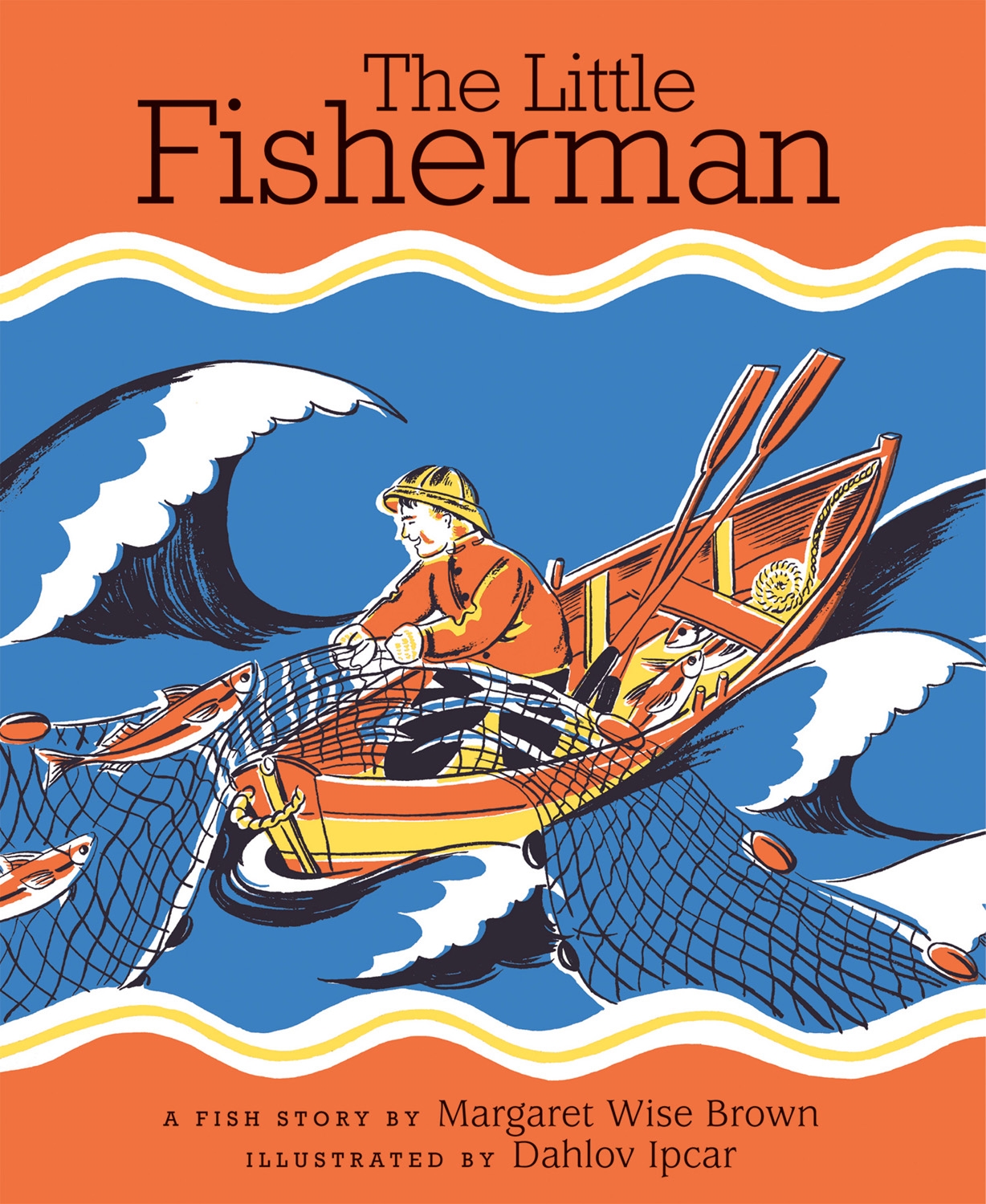 It's a rare and exciting event when two giants of children's literature work on a book together, and The Little Fisherman is one of those books. Written by noted author Margaret Wise Brown-just two years after her classic Runaway Bunny was released-The Little Fisherman was a milestone in the illustrious career of legendary illustrator, Dahlov Ipcar, as it was the very first children's book illustrated by the then twenty-eight-year-old artist when it was published in the spring of 1945. The story features the charming main character and his simple and imaginative day spent catching fish, in comparison and contrast to the big fisherman's day at sea. Children will love the size differences throughout the book, of both the fishermen and their boats, especially when the imaginative sizes are set against the riveting and realistic fishing scenes. With its authentic coastal scenes and bright palette, The Little Fisherman helped establish Ipcar's distinctive artistic style, and ignited a four-decade-long creative run that has seen her write and illustrate more than thirty children's books, all from a studio overlooking her farm on Georgetown Island, Maine. Now out in paperback for the first time.

Margaret Wise Brown, born in 1910, wrote more than a hundred children's books, including the beloved classics Goodnight Moon and The Runaway Bunny. She is credited with developing the \"here and now\" philosophy of writing for children: She believed children would become more engaged in a story when it was about everyday life they could relate to rather than fantasies or fairy tales. Brown often wrote at her island home, \"The Only House\" on Vinalhaven, Maine. Her Caldecott Medal-winning book, The Little Island, was based on her Maine retreat. Brown's prolific career was cut short at the age of forty-two, when she died from complications following surgery. More than fifty years later, her books, some written under various pen names, remain favorites of parents and children alike.Dahlov Ipcar came to love Maine while growing up in the 1920s, spending many summers along the coast with her parents, the famous artists William and Marguerite Zorach. She moved to Maine permanently in 1937 with her husband, Adolph, living on a small farm in Georgetown. The Little Fisherman, the very first children's book illustrated by Ipcar, was published in 1945. This wonderful book serves as a milestone in her now illustrious career; not only did it help establish her distinctive style, but it also ignited a four-decade creative run during which she wrote and illustrated more than thirty children's books. Her better-known titles from this period include Lobsterman, One Horse Farm, and My Wonderful Christmas Tree. She has also written novels for older readers. Her books also include The Cat At Night, Lobsterman, One Horse Farm, My Wonderful Christmas Tree, Hardscrabble Harvest, Stripes and Spots, and Animal Hide and Seek. She has also written and illustrated a series of board books, Dahlov Ipcar's Wild Animal Alphabet, Dahlov Ipcar's Farmyard Alphabet, Dahlov Ipcar's Farmyard Numbers, and Dahlov Ipcar's Maine Alphabet. Ipcar has also enjoyed a parallel career as a fine art painter and her work is part of the permanent collections of a number of prestigious art institutions. In addition to painting, including a number of large-scale murals for public buildings in Maine and elsewhere, Ipcar has created hooked rugs, cloth sculptures, lithographs, and needlepoint tapestries.