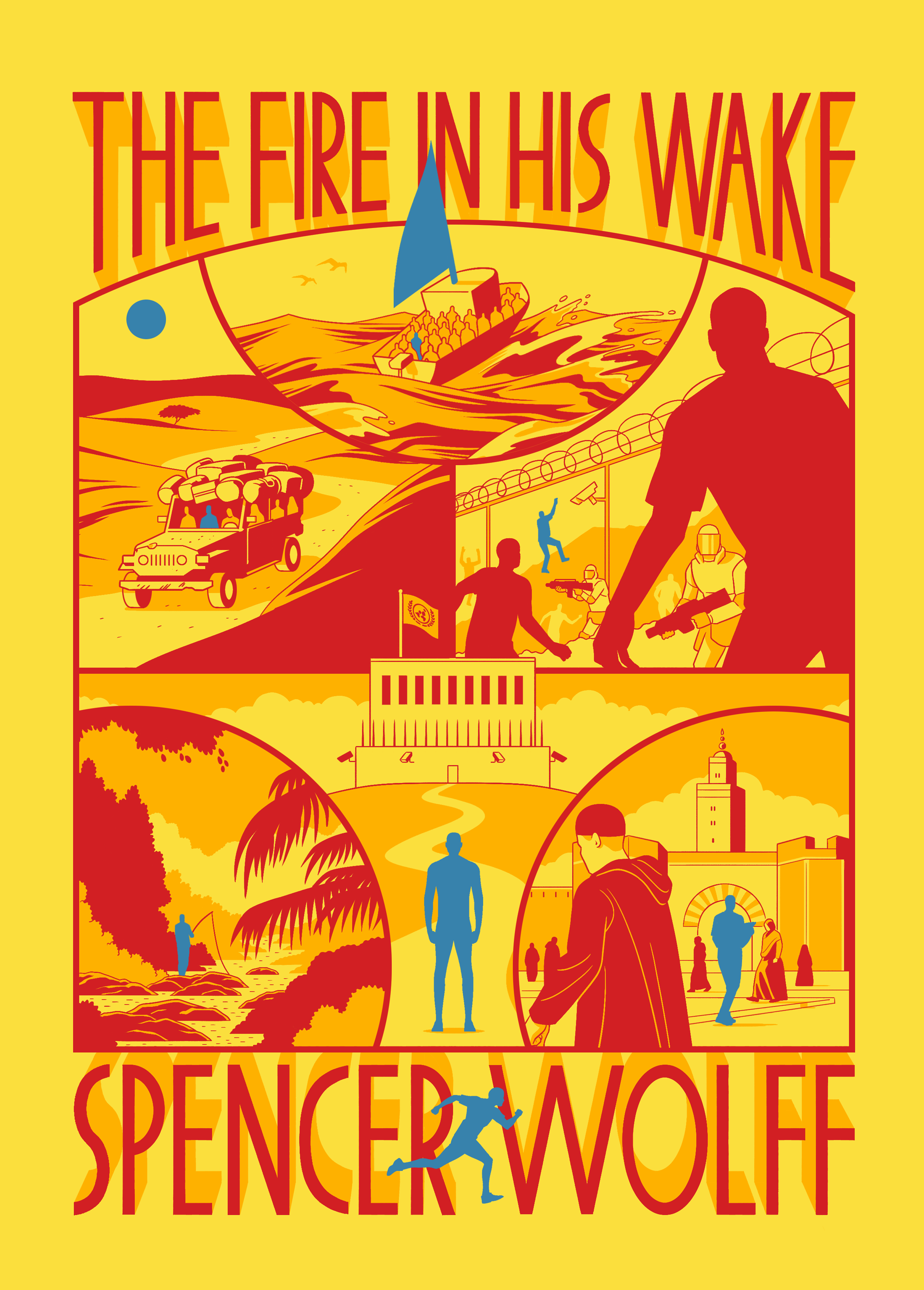 The Fire in His Wake

The Fire in His Wake, Spencer Wolff’s exuberant debut novel, tells the story of two men swept up in refugee crises of the twenty-first century: Simon, a young employee at the UNHCR in Morocco, and Arès, a Congolese locksmith left for dead in the wake of ethnic violence.


In search of a better future, Arès embarks on an epic journey across northern Africa with Europe as his goal. He reaches Rabat, Morocco, where he joins a desperate community of exiles fighting for survival in a hostile land. While Arès risks everything to make it to Spain, Simon gradually awakens to a subterranean world of violence that threatens his comfortable expat life and fledgling romance with a Moroccan singer. Part colorful portrait of life in the Maghreb, part astonishing tale of hope and perseverance, The Fire in his Wake carries the reader from the inner sanctums of the UN to the hazardous realities faced by the refugees in the streets and on their risky crossings to Europe.


When a storm gathers at the UNHCR, and the ghosts of the Congo’s violence surface in Rabat, the two men find themselves on a collision course, setting the stage for the novel’s unforgettable and genre-busting ending. Eye-opening, suspenseful, and full of unexpected humor, Wolff brings his personal experiences as an aid worker to this unforgettable story of two remarkable individuals.

Spencer Wolff is an award-winning documentary filmmaker and journalist based in Paris, France. His work focuses primarily on diaspora, migration and racial justice and has previously appeared in The Guardian, The New York Times and Time, among others. An adjunct faculty member at the École normale supérieure (Paris), he is a graduate of Harvard College, Yale University, and Columbia Law School. In 2009, he worked at the UN Refugee Bureau (UNHCR) in Rabat, Morocco. The Fire in his Wake is his first novel.