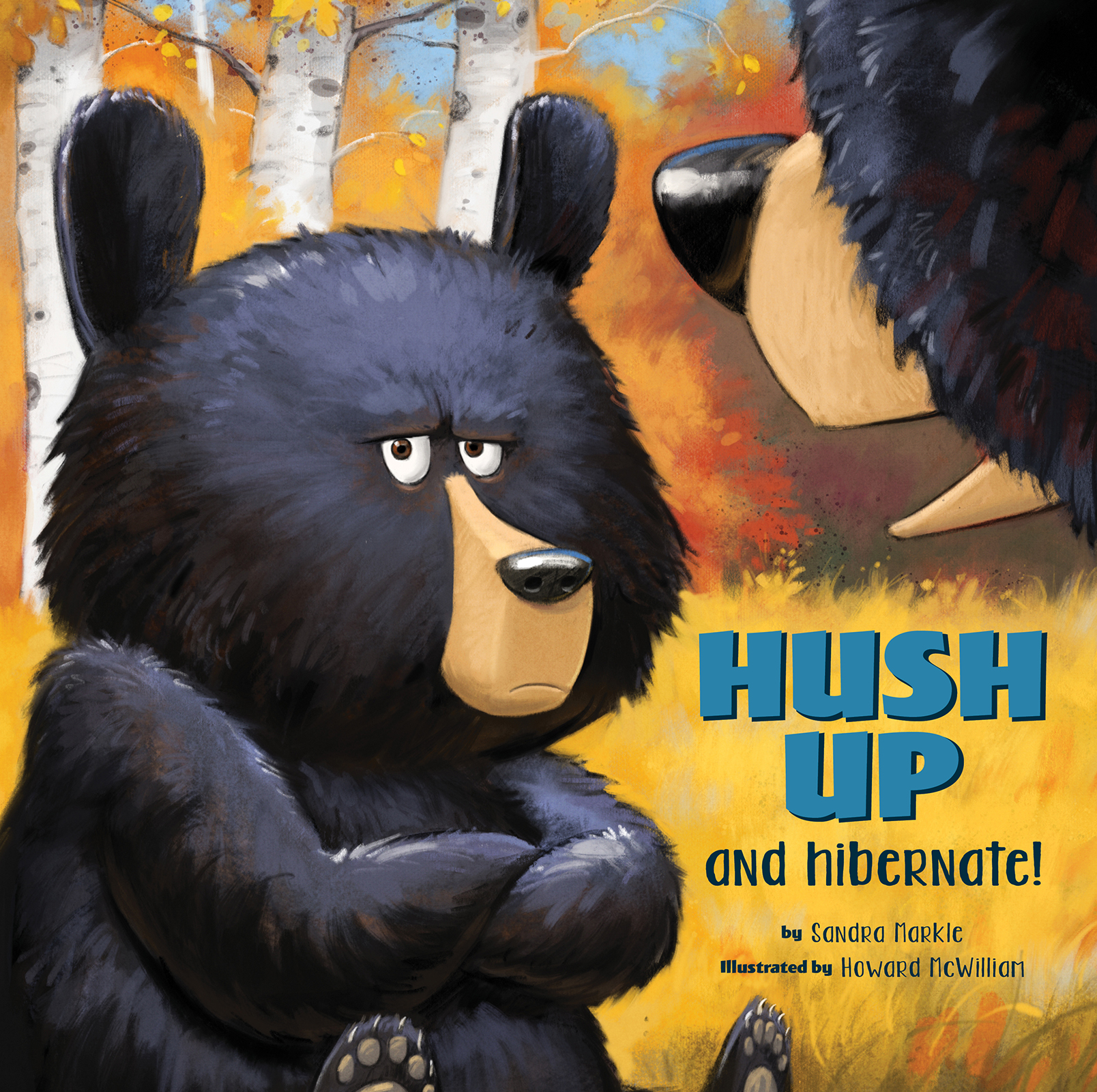 Hush Up and Hibernate

Make bedtime bearable again with Hush Up and Hibernate—now available in paperback!

Leaves are falling; a cold wind is blowing, geese are heading south. Clearly, winter is coming. It’s time for black bears to do what they always do this time of year—hibernate. Kids will get a kick out of this romp of a tale about a black bear cub that finds every excuse imaginable to avoid the inevitable go-to-bed moment.

Or will Baby Bear come up with the ultimate reason to skip going to sleep?

"Parents who struggle to get toddlers into bed will certainly appreciate poor Mama Bear’s efforts to get Baby Bear ready to hibernate. Facts are seamlessly woven... as Baby runs through a litany of delay tactics." — BOOKLIST

“This award-winning author has a knack for using simple, fictional stories to keep the attention of young readers while slyly delivering facts about nonhuman animals...a lot of fun.” — KIRKUS REVIEWS

About the Hush Up Series

As natural as spring follows winter, children test limits. While children try to become independent, their words and behavior often say ‘no.’ Your child won’t go to bed, doesn’t go along for the ride, or may have a range of mealtime and other routine behaviors.

The Hush Up Series gives parents and children a chance to laugh at themselves through universal parent/child struggles while learning a thing or two about our natural world along the way.

Sandra Markle is the author of more than 200 books for children, such as A Mother’s Journey (Charlesbridge, 2006), How Many Baby Pandas (Walker, 2009), The Case of the Vanishing Golden Frogs (Millbrook, 2011), and Butterfly Tree (Peachtree Publishing, 2011). She has won numerous awards for this work, including Boston Globe-Horn Book Honor Book, Cooperative Children’s Book Center Choices, NSTA Outstanding Science Trade Book, SB&F finalist, John Burroughs List of Nature Books for Young Readers, Junior Library Guild Selection, Orbis Pictus Recommended Book, Charlotte Zolotow Award, and MORE. She was honored with the title of “Best of Children’s Non-Fiction” Georgia Author of the Year award five times and was named one of 1999’s Women of the Year by Women in Technology International for her contributions to science and technology.

In addition to her books, Sandra Markle has developed science specials for CNN and PBS. She is also noted for developing On-Line Expedition: Antarctica, one of the first on-line educational programs and continued adding further on-line reports from Antarctica while working on book projects in 1996 and 1999 as a grantee for the National Science Foundation’s Artists and Writers Program. Sandra lives in Florida with her husband, photographer, Skip Jeffery.

Howard McWilliam is the illustrator of I Need My Monster, by Amanda Noll, and When A Dragon Moves In, by Jodi Moore. Howard left his career as a U.K. magazine editor and journalist in 2005 to concentrate on his growing career as a cartoonist and illustrator. He has won various awards and competitions for his work and has been published in a wide range of U.K. magazines and newspapers, including The Daily Telegraph and The Week. He lives in Kingston Upon Thames, England, with his wife, Rebecca.