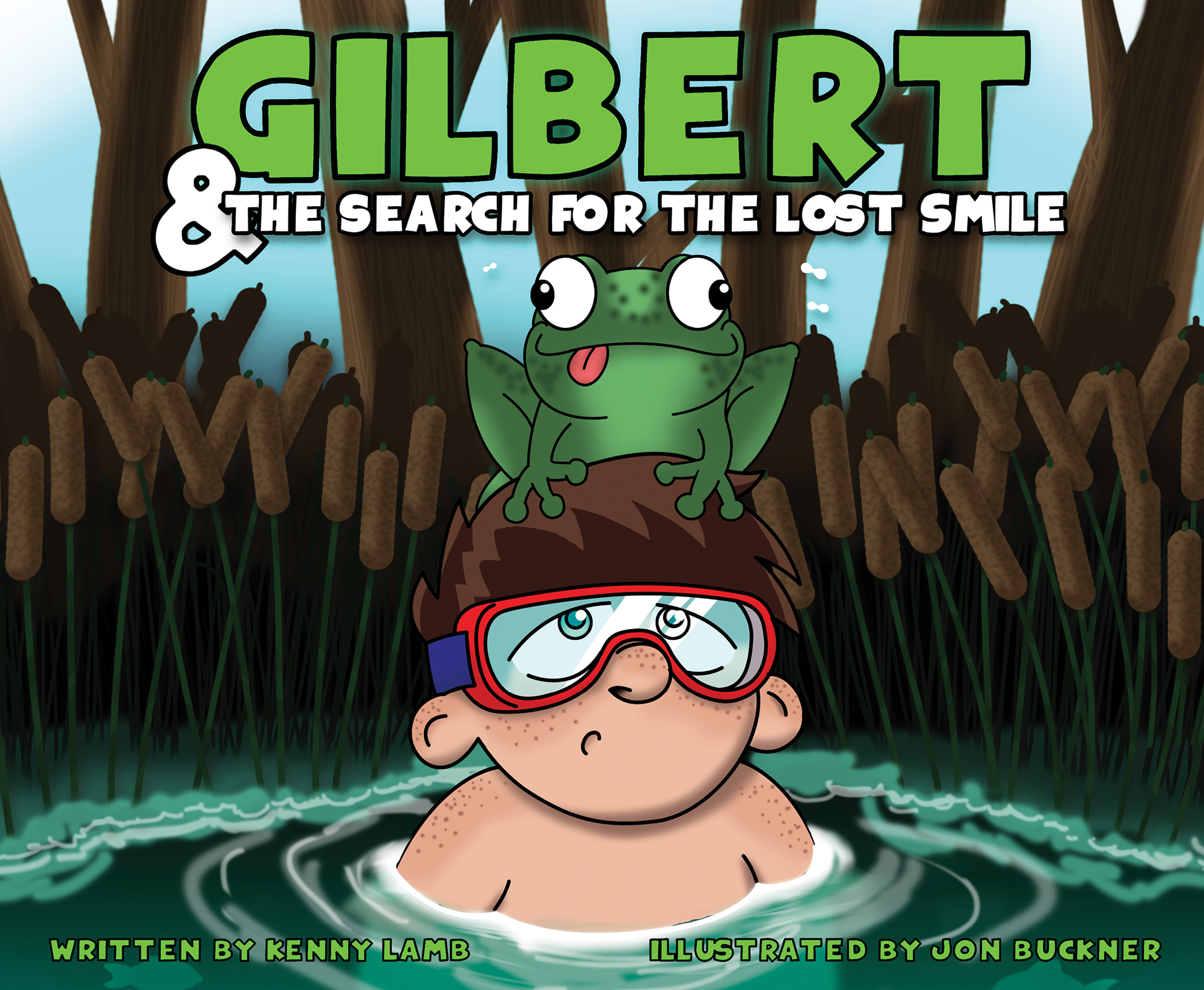 Gilbert and the Search for the Lost Smile

When Gilbert can’t find his smile, he looks for it in all the usual places that have given him joy in the past—his toybox, computer, even the basement and attic where all his favorite old things are stored. But today, happiness evades Gilbert. He expands his search to the outside, even visiting his favorite swimming hole, but still no luck—“Not a smile to be found.”

His family notices Gilbert moping around, and what happens next takes Gilbert on a most unexpected journey—one in which he discovers from where happiness truly comes.

Share this journey with your child as Gilbert discovers what it means to be part of a loving family. It’s sure to put a smile on your own child’s face!

Kenny Lamb is an award-winning, multi-platinum songwriter and producer with eight #1 spots on the Billboard charts in his music career. Turning his talent into deeds to empower children, Kenny co-wrote the song “Be Nice,” featured in the widely successful anti-bullying campaign that began in Nashville, TN. In February 2017, Kenny Lamb was the awarded the Global Peace Song Award in Los Angeles amongst other songwriters from around the globe honored for creating music that has a positive message and impact in the world.

Jon Buckner is a creative on a mission, a mission to make things around him more interesting, more vibrant, and more fun. Jon is a professional graphic designer, photographer, and illustrator, a native of Georgia, now residing in beautiful Northwest Arkansas, where he enjoys all of the rugged adventure that The Natural State has to offer. Jon has two little girls and enjoys spending as much time as he can with his family, a constant source of inspiration and drive. If you can’t find him working in his sketchbook, you might be able to find Jon lost somewhere in the Ozarks.