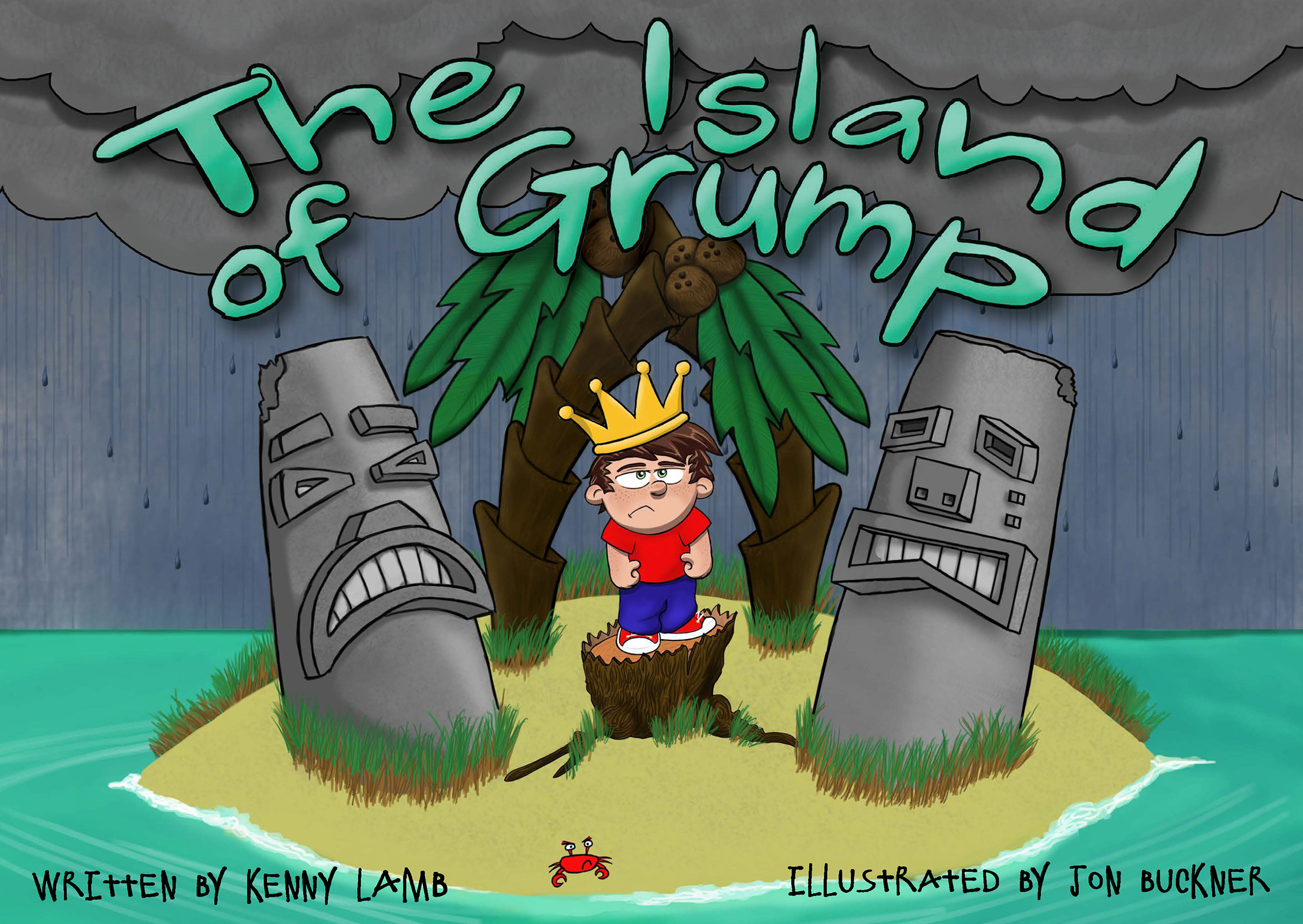 The Island of Grump

"There's not a kid in the world who hasn't set foot on The Island of Grump more than once, and adults will recognize it, too!." — Carol Nicklaus, Award-winning author, and illustrator of Sesame Street's Elmo's ABC Book

The Island of Grump, from multi-platinum songwriter Kenny Lamb, is a wonderfully illustrated lyrical tale with a strong message and a musical rhythm. The story focuses on Gilbert, as he learns the consequences of what happens when he can't let go of his grumpiness—he finds himself a castaway from his friends, all alone on the metaphorical island of Grump!

Kenny Lamb delivers a powerful lesson to children through parents while taking readers to a sweet and simple place, somewhere between Seuss and Silverstein. Poetry and the real world collect into pools of the imagination. This unique is sure to become an instant classic!

Kenny Lamb is an award-winning, multi- platinum songwriter and producer with credits in many genres of music, including the #1 spot on 8 different Billboard charts and BMI Song of the Year. During his career, Kenny has worked and collaborated with many of the top artists in the industry, including Justin Timberlake, Rhett Akins, Little Big Town, Jason Aldean, and many more. His lyrics have reached millions of young listeners worldwide, with songs recorded by 'N Sync, Take 5, Aaron Carter, Prymary Colorz, Boyz N Girlz, and the popular Kids Hits series.

Jon Buckner is a creative on a mission, a mission to make things around him more interesting, more vibrant, and more fun. Jon is a professional graphic designer, photographer, and illustrator, a native of Georgia, now residing in beautiful Northwest Arkansas, where he enjoys all of the rugged adventure that The Natural State has to offer. Jon has two little girls and enjoys spending as much time as he can with his family, a constant source of inspiration and drive. If you can't find him working in his sketchbook, you might be able to find Jon lost somewhere in the Ozarks.