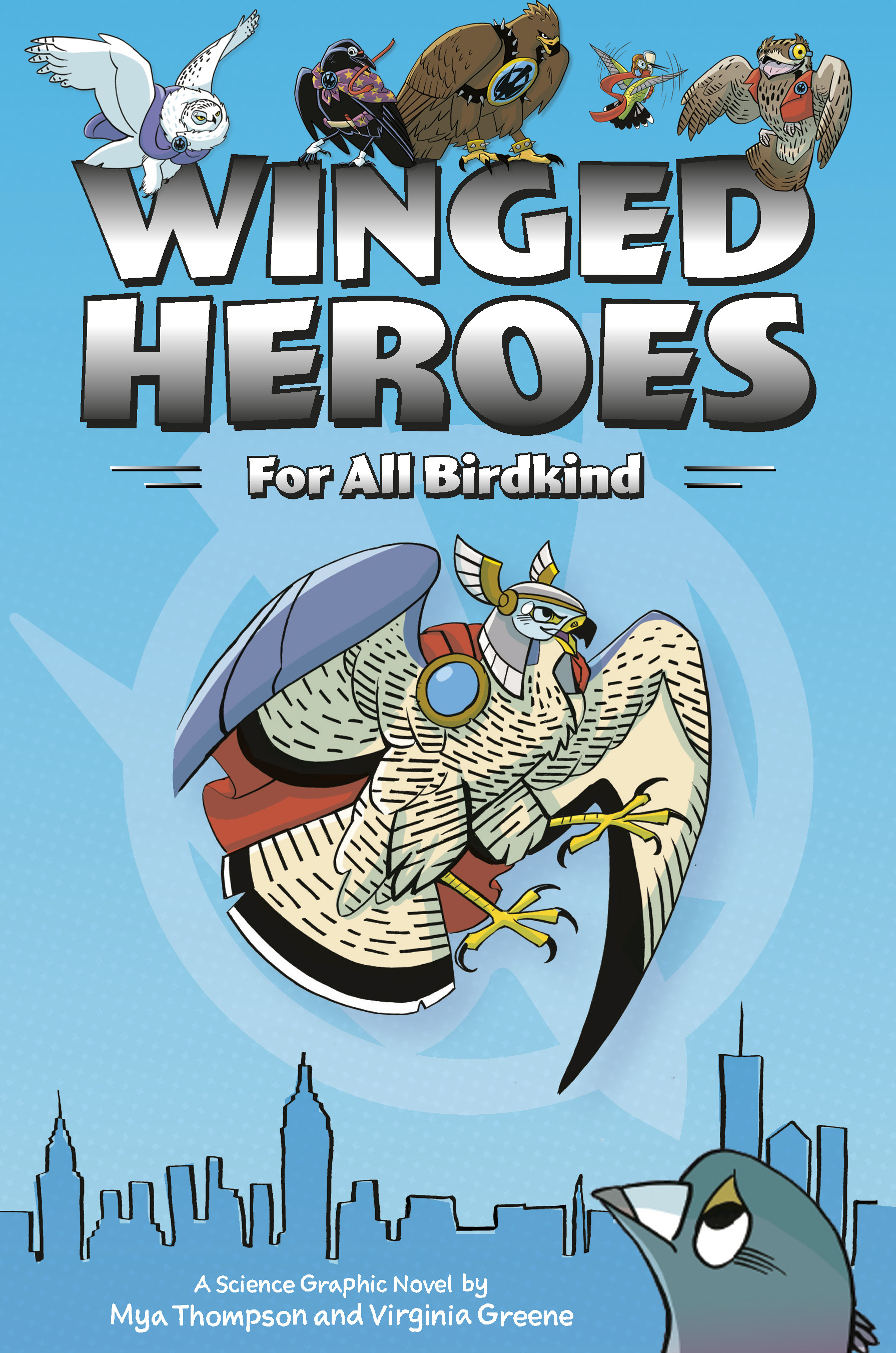 Winged Heroes: For All Birdkind

"...part comic adventure, part treatise about the "real-life power of birds"...a rousing flight of fancy that will inspire and entertain!"–BookLife Reviews

Peregrine Falcons have super-speed and can fly up to 242 miles per hour as the fastest animal on earth. Hummingbirds have super-stability and can hover in place and fly backward like a helicopter. Snowy Owls have super-heaing and can find animals buried under snow by listening. Golder Eagles have super-sight, seeing prey more than a mile away. Wandering Albatrosses have super-endurance and can fly up to 75,000 miles a year across oceans. To humans, these and other natural bird superpowers are astounding.

But does an under-confident pigeon have any powers?

This is the story of Emilio, an ordinary kid who happens to be a pigeon. When life gets him down, he looks to his favorite comic book heroes for answers – The Winged Heroes. No matter what, they always find a way to save birdkind with their amazing superpowers and daring missions. So why can't he score even a small crust of bread at the park? Join Emilio on a journey to discover his own powers in a world of challenges.

Winged Heroes contains extensive backmatter for further learning, including a spread on "Pigeon Superpowers," a "Meet the Real Birds" section with full-color photographs and species info on the birds in the story, and Activities and Discussion Questions. The title and detail on the cover are foil-stamped silver, and the book has French flaps for easy bookmarking.

Birds in this book:

Readers are invited to take a scientific personality and behavior quiz, "What Winged Hero are you most like?" at WingedHeroes.com matching people with the Winged Heroes superhero they are most like!

Mya Thompson, PhD, is an author, a biologist, and a bird nerd. As Co-Director of Engagement in Science and Nature at the Cornell Lab of Ornithology, she helps people learn more about birds. Before getting hooked on feathered animals, she studied elephant behavior in central Africa. She is the author of the book Ruby’s Birds and producer of the games Flap to the Future and BeastBox.

Mya lives with her husband and kids in upstate New York and is totally in awe of people who can draw, like Virginia Greene.

Virginia Greene is an artist, a biologist, and a park ranger. She has followed a love of birds and nature though a variety of occupations, including an M.S. in Biology from William and Mary, a stint as the Bartels Illustrator at the Cornell Lab of Ornithology, and a year of Americorps service with Virginia State Parks. When she is outside, she is either looking up for birds or down for mushrooms, with a sketchbook at the ready.

Virginia lives in the mountains of Virginia and is grateful for those who have devoted their lives to birds and public education, like writer Mya Thompson.