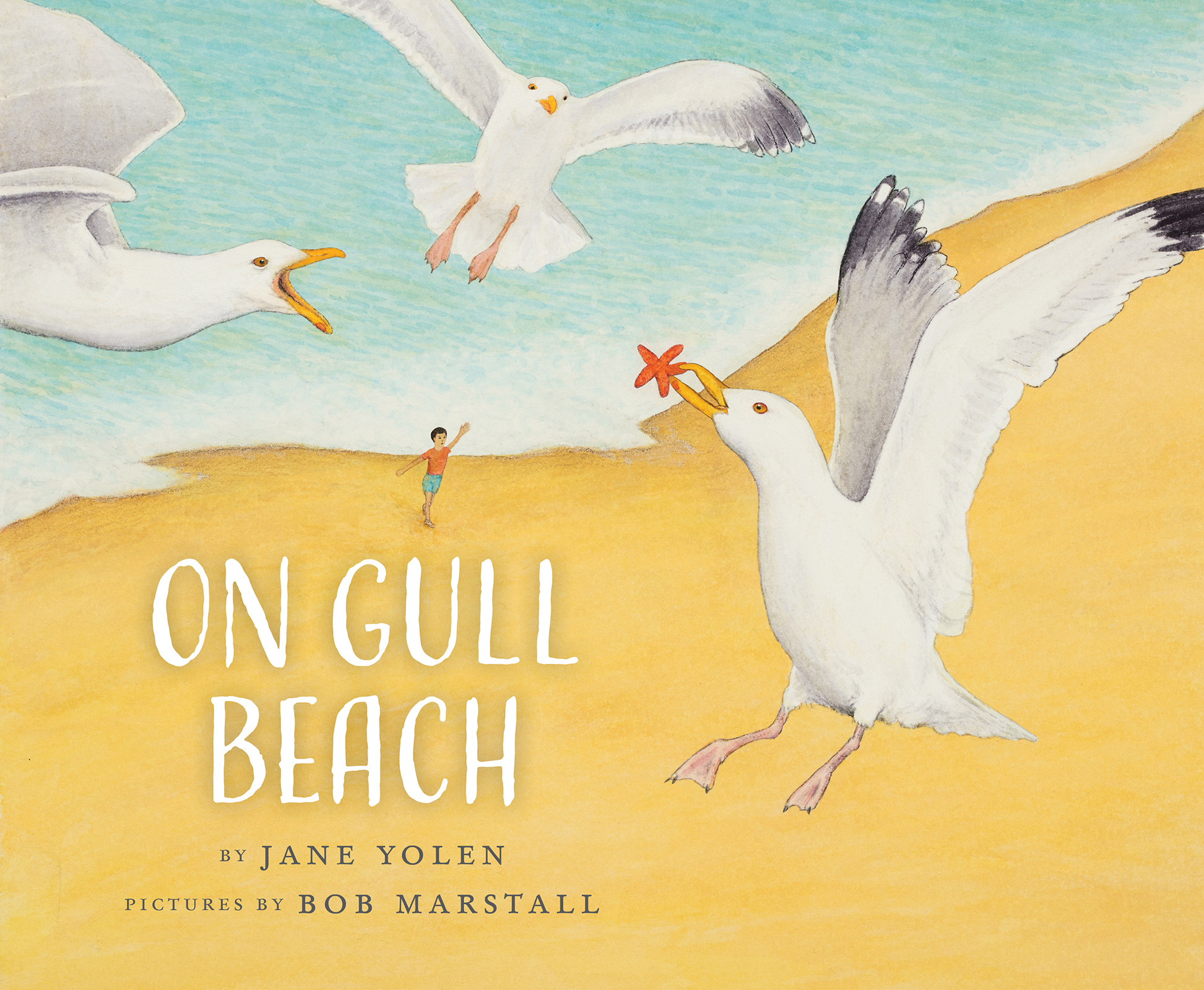 "Gently explores a human's place within the chain of being." — PUBLISHERS WEEKLY

In On Bird Hill, Yolen and Marstall took readers on a surreal journey with a boy and his dog as they encounter the natural world, ultimately witnessing the miracle of a chick emerging from an egg.

On Duck Pond continued their journey, this time at a serene pond filled with birds, frogs, and turtles who are suddenly disrupted by their intrusion, but soon settle back into a quiet equilibrium. On Gull Beach brings us to an idyllic shoreline in Cape Cod, where gulls hover, dive, and chase with pitched acrobatics in pursuit of a seastar. This enchanting sequel in a brand new habitat will delight readers young and old. Back matter describes creatures you might find on a New England beach.

Jane Yolen has authored more than 365 books, including the Caldecott-winning Owl Moon, loved by children and bird watchers of all ages; You Nest Here With Me, a popular new favorite, and the New York Times bestselling series How Do Dinosaurs... Jane Yolen's books have been translated into over 20 languages and are popular around the world. Her husband, David Stemple, was both a well known bird recordist and a professor of computer science who taught his entire family how to identify birds. Many of Ms. Yolen's books are about wildlife subjects, especially the winged kind. Jane lives in Hatfield, MA.