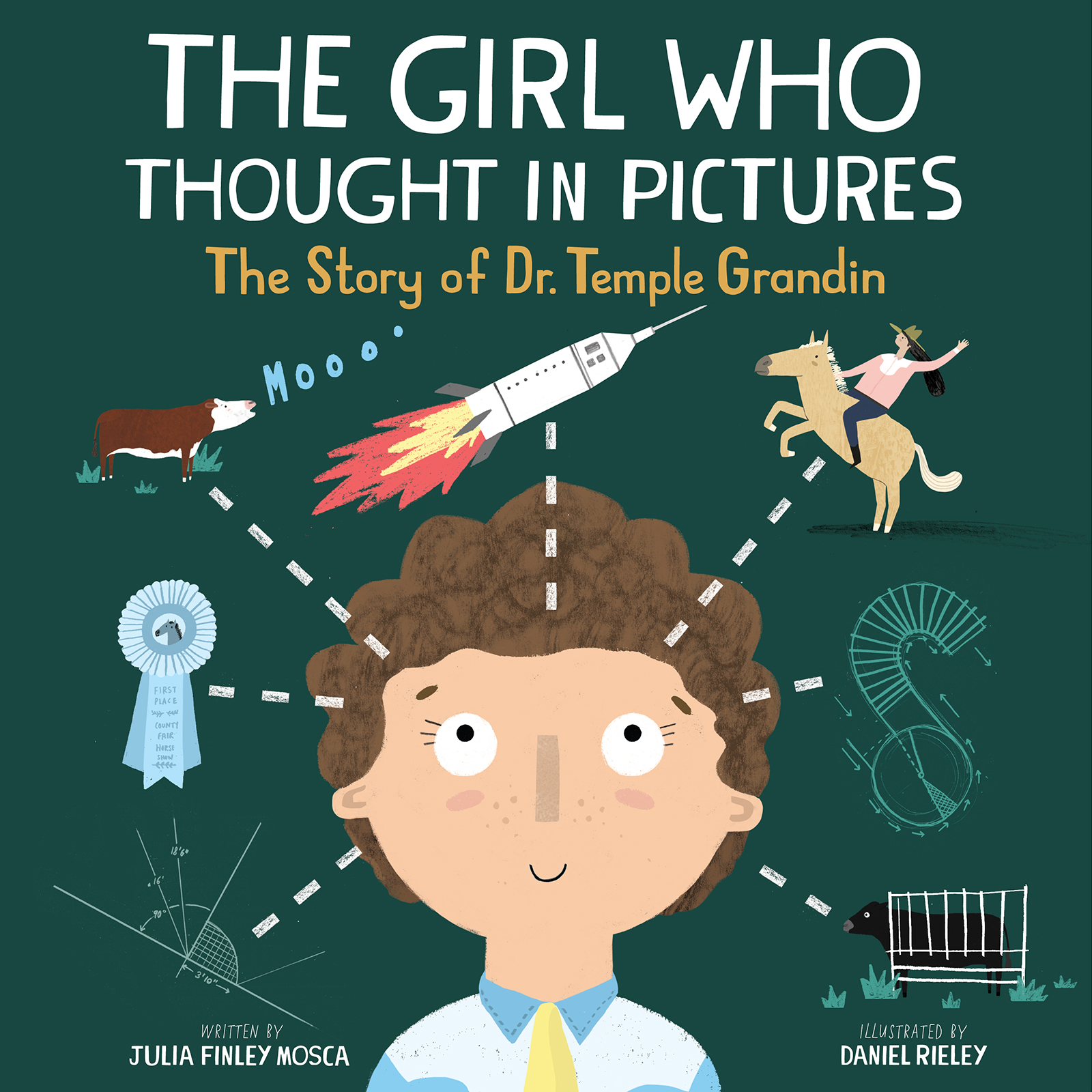 If you’ve ever felt different, if you’ve ever been low, if you don’t quite fit in, there’s a name you should know… Meet Dr. Temple Grandin—one of the world’s quirkiest science heroes!

When young Temple was diagnosed with autism, no one expected her to talk, let alone become one of the most powerful voices in modern science. Yet, the determined visual thinker did just that. Her unique mind allowed her to connect with animals in a special way, helping her invent groundbreaking improvements for farms around the globe!

The Girl Who Thought in Pictures: The Story of Dr. Temple Grandin is the first book in a brand new educational series about the inspirational lives of amazing scientists. In addition to the illustrated rhyming tale, you’ll find a complete biography, fun facts, a colorful timeline of events, and even a note from Temple herself!

JULIA FINLEY MOSCA is a copywriter and former journalist who spent more than a decade in Hollywood crafting messages for money. After working with such recognizable brands as Entertainment Tonight, Yahoo!, American Greetings, and JibJab, she landed her most rewarding job yet—mom to one ferociously curious and spunky little girl. The Amazing Scientists series marks Mosca’s debut into the magical world of children’s books.