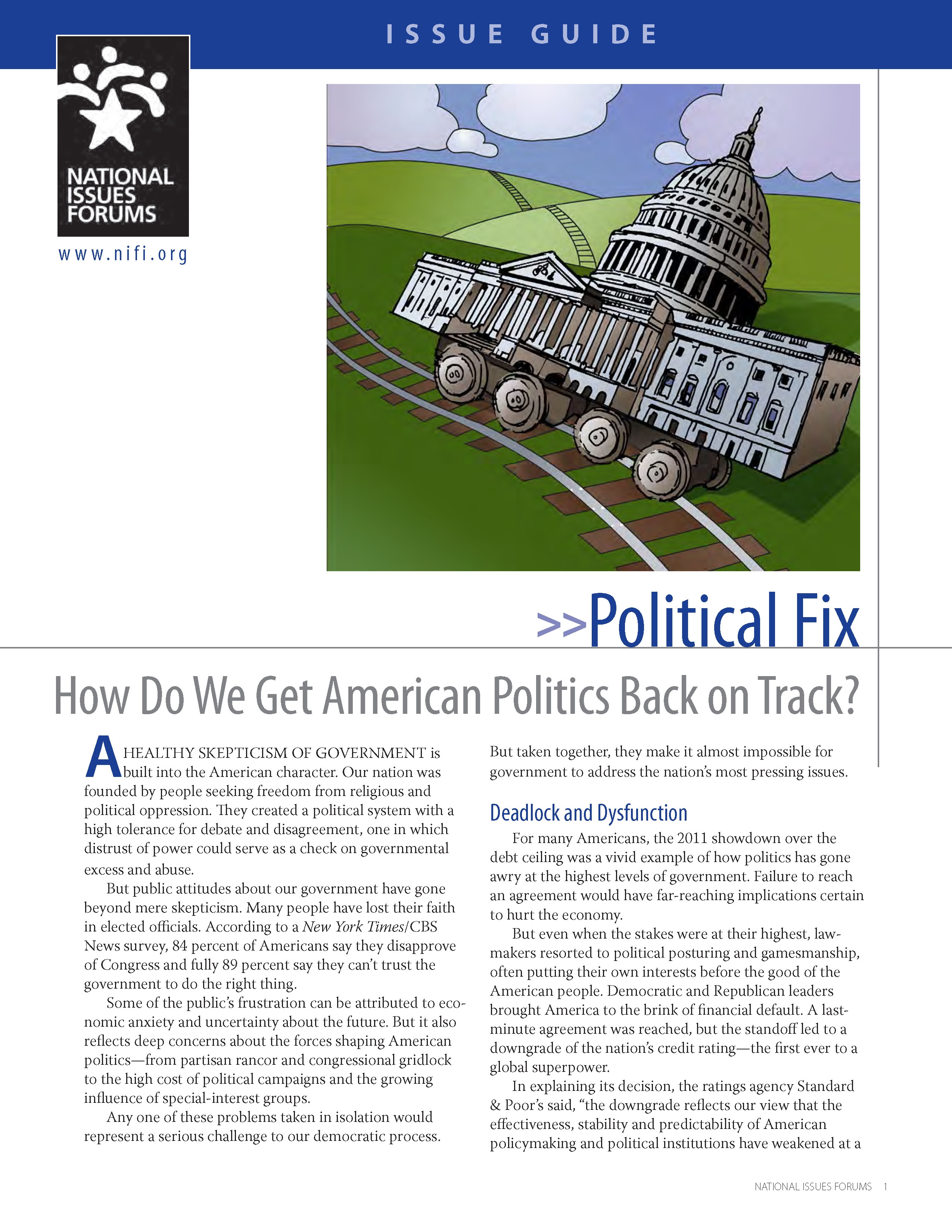 How Do We Get American Politics Back on Track?

Political Fix: How Do We Get American Politics Back on Track?

The view that something is amiss in American government is now widely shared. "We have been studying Washington politics and Congress for more than 40 years," say scholars Tomas E. Mann and Norman Ornstein, "and never have we seen them this dysfunctional."

Even some elected officials acknowledge they have a problem. "We need to change the way we do business," says Tom Udall, a Democratic senator from New Mexico. "Right now, we have gridlock. We have delay. We have obstruction, and we don't have any accountability."

The troubles facing American politics are varied and complex. Observers point to a wide range of developments that, if left unchecked, are likely to further weaken the effectiveness of government. These include:

The flood of corporate money into American political campaigns.

The growing influence of lobbyists and special interest groups.

The increasing polarization and rancor of our political discourse.

The "permanent campaign" that encourages lawmakers to focus on short-term gains instead of long-term solutions.

Political leaders acting in their own interests rather than serving the public good.

The disengagement of ordinary Americans who turn away from politics in disgust rather than getting involved and making their voices heard.

Break the grip of special interests

The key to addressing gridlock and dysfuntion in government is to rein in special interests and curb the influence of big money.

Our best hope of fixing American politics is to restore individual responsibility in communities and at every level of government.

Fix the mechanisms of politics

The mechanisms of government are no longer responsive to the will of the people. We need major structural changes to make the system work as it was intended to.

Scott London is a California-based author, researcher and consultant. He's contributed to more than a dozen books and published widely in newspapers, magazines, and scholarly journals. He's also authored white papers and reports on a range of important public issues, including the state of American journalism, the social responsibilities of higher education, and the political ramifications of new communications technologies. His website is www.scottlondon.net